Attackers are leveraging the cloud to make their attacks more effective, while enterprises are failing to protect themselves against attacks on their cloud infrastructure, according to Cisco's annual security survey.

Some 27% of security professionals surveyed by Cisco said they are using off-premises private cloud, compared with 20% in 2016, Cisco says. More than half of those, or 57%, cite better data security for the cloud.

However, attackers are using the cloud too. They're using social media and the cloud for command and control of attacks. And attackers are using cloud resources to host malware, and using advanced architecture such as microservices to stay ahead of their targets. They know that enterprises can't block social media or cloud platforms such as Amazon Web Services Inc. and Google Cloud . These platforms have become essential to business, Franc Artes, architect for Cisco Security Business, tells Enterprise Cloud News. 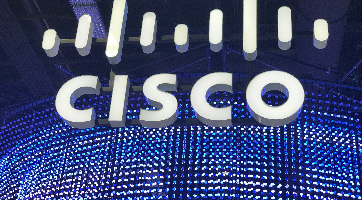 Attackers also use single sign-on authentication services such as OATH to compromise users' social media accounts and then use that access to get into enterprise software-as-a-service (SaaS) applications, just as they previously broke into email to gain access to the enterprise, Artes says.

"There's a belief that somehow by using Amazon, or Google or Azure to lease infrastructure as a service you are winding up with better security," Artes says. But enterprises need to do the work to make sure their systems are secure, whether on-premises or in the cloud.

In another emerging trend, Cisco is seeing malware emerge whose primary goal is to cause disruption of service. This malware, such as the WannaCry attack in May, masquerades as ransomware, but attackers aren't seeing a ransom; their primary goal is to destroy data on the target network, Artes says. (See Kaspersky Names WannaCry 'Vulnerability of the Year'.)

"They have a thin layer of ransomware but their actual focus is to destroy data and operational capability," Artes says.

As part of that goal, malware stays dormant for long periods, so that it can better infect backups and archives, Artes says.

Who benefits from disrupting target systems? Nation-state attackers, Artes says. And indeed North Korea was blamed for WannaCry by the US, UK and several other nations in December. (See The Hard Work of Pointing Fingers.)

What can enterprises do to protect themselves? Follow security basics, starting with keeping up with patching. "It's the year 2018 and we're still making that recommendation," Artes says. Malware tends to target older software with known vulnerabilities that users often do not patch.

Also, train users at all levels in what they need to know to protect the enterprise. The receptionist doesn't need to know the intricacies of SSL, but he or she should know how to recognize phishing or a social engineering attack, Artes says.

Similarly, enterprises need to do more to patch the growing array of Internet of Things devices, Artes says.

Cisco's security report beats a drum that Cisco has been playing through much of 2017 -- that attackers are using encryption to hide their attacks, and conceal that encrypted information in legitimate, encrypted network traffic. Some 50% of web traffic was encrypted as of October. Machine learning can help security defenses learn how to automatically detect suspicious patterns in encrypted web traffic, cloud and IoT environment. Cisco last month introduced technology to do just that. (See Cisco Plugs Encryption Hole in Network Security.)

Attackers are targeting trusted software for infection, such as the Nyetya and Ccleaner attacks last year, to infect users, which Cisco described as "supply chain attackers." Users should review third-party testing to reduce the risk of these attacks. (See CCleaner Infection Reveals Sophisticated Hack.)

Security is a significant part of Cisco's business and strong growth driver, bringing in $558 million, up 6% year-over-year in second-quarter results reported this month. Overall second-quarter revenue was $11.9 billion (See Cisco Returns to Growth, With Help From Network Automation.)

Security is a pillar of Cisco's transition from selling products to recurring revenue from software and cloud services. (See Cisco's 'Network Intuitive': A Risky Transition.)

Susan Fourtané 3/14/2018 | 8:12:58 PM
Re: attacks True, but can we always know what might happen? Fear is a powerful emotion but it is possible to tame it. Without fear, it is possible to make better decisions.
Reply | Post Message | MESSAGES LIST | START A BOARD

kq4ym 3/14/2018 | 2:51:48 PM
Re: attacks And how true that is; human brains have been developed to be so reactive, responding to past and current events, but not so great at looking forward and taking preventive measure based on what realistically might happen as opposed to what we "fear" might happen but probably won't.
Reply | Post Message | MESSAGES LIST | START A BOARD

Michelle 2/27/2018 | 7:54:04 PM
Re: attacks This can't be said enough. Unfortunately, it's not common practice. Integrating basic security into daily activities could be really helpful.
Reply | Post Message | MESSAGES LIST | START A BOARD

kq4ym 2/26/2018 | 12:34:15 PM
Re: attacks And too as noted for security issues, it's important but neglected oten to "train users at all levels in what they need to know to protect the enterprise," using basic knowlege to avoid phishing and more obvious security threats thorughout the employee base.
Reply | Post Message | MESSAGES LIST | START A BOARD

Ariella 2/25/2018 | 9:54:16 AM
Re: attacks @Michelle Indeed, that's the way things seem to go. Increasing threats prompt increasing defenses. The only hope is to be proactive rather than reactive about it.
Reply | Post Message | MESSAGES LIST | START A BOARD

The more advancements are made, the more protective measures required.
Reply | Post Message | MESSAGES LIST | START A BOARD