Cisco on Wednesday introduced analytics services designed to solve a growing problem with network security  detecting threats that are hidden in encrypted traffic.

Concerns over privacy, compliance and security are driving users to encrypt more and more network traffic, Cisco Systems Inc. (Nasdaq: CSCO) notes. Some 80% of network traffic will be encrypted by next year, according to a Gartner estimate that Cisco cites. And yet encrypted traffic makes it easier for attackers to conceal threats -- next year, half of malware campaigns will use encryption, Cisco says.

"While encryption is the right trend for privacy and regulatory compliance, IT teams will face a massive influx of traffic that they cannot see without decryption technology. This makes encrypted malware one of the industry's biggest emerging threats," according to a post on the Cisco Blogs Wednesday morning. 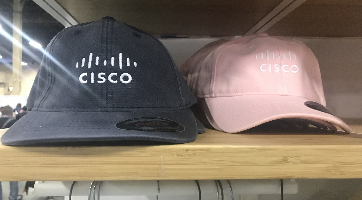 Cisco believes it can break that Catch-22 by analyzing typical network traffic and flagging anomalies that might indicate a threat, without decrypting traffic. The company outlined that strategy in its big "network intuitive" launch in June. (See Cisco's 'Network Intuitive': A Risky Transition.)

ETA "extends state of the art security detection and visibility close to the user in the branch, where 80 percent of employees and customers are served," Harrell says.

These users are often underserved by security because of the difficulty of rolling out sophisticated sensors to hundreds or thousands of branch officers, Harrell says.

Also, the security technology can be rolled out easily with software upgrades to Cisco's customers, Harrell says.

ETA fits with Cisco's strategy to transition its strategy from selling networking products to software and services paid for on a recurring basis. (See Cisco: Enterprises Will 'Spend Differently'.)

Last week, security researchers disclosed details about two serious vulnerabilities, "Spectre" and "Meltdown," effecting billions of Intel, AMD and ARM chips manufactured since 1995, including servers, desktops and mobile devices. Cisco says most of its products are "closed systems that do not allow customers to run custom code on the device, and thus are not vulnerable. Cisco products that can be deployed as virtual machines or containers are vulnerable, and users should install patches to secure the underlying infrastructure, the company says. (See 'Spectre' & 'Meltdown' – What Cloud Users Need to Know.)

ETA would not protect against Spectre and Meltdown, which enable attackers to steal information from device memory, rather than the network. However, ETA should be able to detect attempts to exfiltrate that information over the network.

Joe Stanganelli 1/22/2018 | 9:48:27 PM
Re: Cake @Phil: On this note, I recently interviewed a CenturyLink exec who indicated that the company actively strives to secure networks and endpoints as much as possible without sacrificing speed/latency/bandwidth/quality/accessibility. He stressed this point a lot when I asked him about it outright.

Whether or not they're successful? Well, I'm not a CL customer, so I couldn't tell you firsthand or not one way or the other.
Reply | Post Message | MESSAGES LIST | START A BOARD

Phil_Britt 1/19/2018 | 7:00:04 PM
Re: Cake You make a good point (not sure how good of a cake maker you are). Total security would mean no one could access the information, but then the content is useless. It's a never ending battle to balance strong seccurity while still permitting access to authorized users.
Reply | Post Message | MESSAGES LIST | START A BOARD

kq4ym 1/14/2018 | 6:02:57 PM
Re: What happens in the future..? Yes, all interesting questions. Just how do they know how much is encrypted and that "80% of network traffic will be encrypted by next year," makes for some interesting speculation and just how best to resolve the issues in that apparent trend now moving forward.
Reply | Post Message | MESSAGES LIST | START A BOARD

Having your cake and eating it too in the classic sense would probably run more along the lines of enhanced accessibility WITH enhanced security (something that is, logically, impractical if not impossible).

But, then again, what's the point of having cake if you're not going to eat it?
Reply | Post Message | MESSAGES LIST | START A BOARD