Cisco Systems Inc. (Nasdaq: CSCO), which was an investor in Skyport, will use Skyport Systems ' intellectual property, software and network expertise in multiple areas, according to a brief post by Rob Salvagno, VP of corporate business development, on the Cisco blog Wednesday.

Skyport, founded by veterans of Cisco, Juniper and Arista, came out of stealth in 2015. Its mission is to provide easy-to-deploy servers with security built into the hardware, for mission critical enterprise and service provider workloads -- not every application, just the 1% to 2% requiring greatest security. We wrote about them at the time: Skyport Touts Ultra-Secure Carrier Server .

"Deploying secure computing systems today requires assembling over a dozen point products that were not designed to work together -- resulting in systems that are never properly protected," the vendor said at the time. The company cited a Gartner report that says "enterprises are overly dependent on blocking and prevention mechanisms that are decreasingly effective against advanced attacks."

The acquisition adds a building block to Cisco's hybrid cloud strategy, ZK Research analyst Zeus Kerravala says. Skyport is unique in building security into the hardware, rather than relying on policies, encryption or software, he adds. 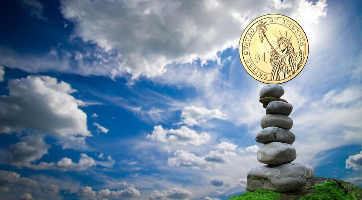 "Most of the HCI vendors focus only on software, and the hardware comes along for the ride," Kerravala says. "Skyport, however, has a full, turnkey product that has optimized software and hardware. Cisco takes a similar approach with its HyperFlex product, which may explain why it liked what Skyport was doing so much."

He continues: "The downside of what Skyport is doing is that very few workloads that run on HCI systems today require that kind of Fort Knox security. However, Cisco has an innate ability to catch markets at the right time, and I believe there's an inflection point coming for HCI. The primary use case of HCI has been overwhelmingly desktop virtualization, which I wouldn't think needs the security overkill of a Skyport. Recent conversations with IT leaders, however, indicate that they are looking at HCI more broadly and are likely to see it used for workloads such as databases, ERP systems, management tools and UC platforms. These can often contain sensitive information and would benefit from something like Skyport to ensure the data isn't compromised."

Skyport's current product line is being discontinued, Nils Swart, company head of product, said in a tweet. Kerravala says he expects the technology will be incorporated into Cisco's HyperFlex and UCS product lines.

Cisco did not disclose the terms of the deal.

Skyport was founded in 2013, with a total $67 million funding in three rounds, according to Crunchbase. Lead investors include Alphabet's GV; other investors include Cisco Investments, Intel Capital, Sutter Hill Ventures, Northgate Capital and more.

Amazon also made a cloud acquisition this week: Amazon Scoops Up Sqrrl for Cloud Security.

And Cisco has been on a buying spree -- see the links below for highlights.

[email protected] 1/31/2018 | 3:09:40 PM
Buy vs build Buying tech for security seems to be a trend this month as we are seeing many embarking on this route. I am guessing that building the security protocol into their clod and their own resources are to limited to achieve this a time to market that works for the company.
Reply | Post Message | MESSAGES LIST | START A BOARD
EDUCATIONAL RESOURCES
sponsor supplied content
IDC Whitepaper: Key Considerations When Operationalizing Artificial Intelligence Strategy
Design Guide: best-in-class hybrid IT infrastructure with AWS Outposts
Blueprint: optimize data exchange with AWS Outposts
Ericssons Cloud RAN e-book: A comprehensive guide to adopting, deploying, and scaling virtualized 5G in your networks
The Four Key Components of Cloud RAN
How to get the most out of 5G mid-band in Cloud RAN
QCT Introduces New Innovative Family of Edge Servers for the Telco Marketplace.
TOOL - Interactive Experience: Learn how to Evolve your Architecture and Monetize Next Generation Metro and Edge Networks
Whitepaper  Achieving IP/Optical Convergence: Building from Existing Networks
Executive Guide  Enabling Next-Generation Metro and Edge Networks for Communications Service Providers
Educational Resources Archive
More Blogs from Wagners Ring
Podcast: Don't Call Us an SD-WAN Provider  Cato Networks