Cisco has a plan to shake up its strategy and the networking industry. It's the right way to go, and a necessary transition. But the company risks scaring, confusing, and alienating customers in the implementation.

Cisco unveiled its plan, with the hipster name "The Network. Intuitive." at a San Francisco press conference two weeks ago, and beat the drum hard at its annual Cisco Live customer conference in Las Vegas last week, where every executive presentation seemed to consist of repeating, paraphrasing, and explaining the plan over and over again. (See Cisco Declares a New Era of Intent-Based Networking and Cisco Makes 'Intuitive' Bet to Reconquer Networks.)

At that, the plan is not hard to explain. Cisco Systems Inc. (Nasdaq: CSCO) calls it "intent-based networking." Rather than having to use arcane command-line syntax and tools to configure network feeds, ports and routes, tell the network what outcome you want -- your intent -- and the network will configure itself.

Cisco provided examples from healthcare, noting medical equipment needs to be attached to the network nowadays, but should be segregated from front-office traffic. Likewise, the hospital heating, ventilation and air-conditioning (HVAC) system also needs to be networked, but the medical equipment network should have no contact at all with the HVAC network.

Using intent-based networking, the network itself will automated the connections and setting up the subnets, according to Cisco's vision.

One of the benefits -- which Cisco made a big deal about in Las Vegas -- is that a smarter network will be a more secure network. Cisco said this month its latest security technology can accurately detect threats without decrypting network traffic, by monitoring overall traffic. If network traffic acts threatening, it almost certainly is threatening; you don't need to be able to read the traffic's contents to see that. 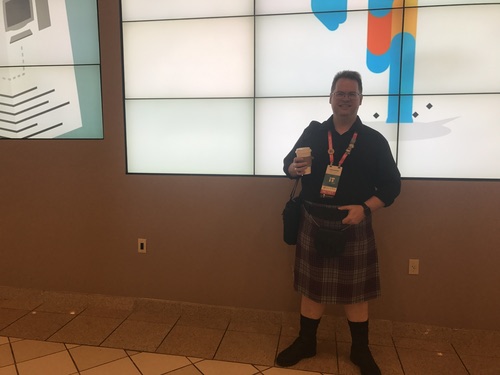 Cisco views the shift to intent-based networking as essential to the growth of the Internet of Things. As billions of pieces of manufacturing equipment, medical equipment, city sidewalks and lighting fixtures come online, the networks simply can't be managed manually.

But Cisco, with its ownership of network hardware and software from the core to the edge, is specially positioned to dominate intent-based networking.

It's a shift that's been years coming. Cisco revamped its software licensing in January 2015 to disaggregate hardware from software. (See Cisco Gives Its Software Licensing a Makeover.)

And at the 2016 Cisco Live, CEO Chuck Robbins said companies in every industry, including Cisco, are going to need to transition from selling products to providing services that deliver recurring revenue. Cisco's intent-based networking fits that description. (See Cisco's Robbins: With IoT & Cloud, Services Beat Products.)

But even though intent-based networking has been a long time coming, it's a big change. And the magnitude of the change has some people in the Cisco community nervous.

The change is inevitable, but it will be painful at first, Jody Lemoine, an independent contractor at networking solutions provider Tishco Networks, told Enterprise Cloud News.

"They need to do it," said Lemoine in an interview from Cisco Live. "The way they've been doing it piecemeal won't work in the long term." Cisco's Network Intuitive strategy reuses components, such as Identity Services Engine (ICE) and the Application Policy Infrastructure Controller (APIC) that have previously been used in other systems.

Michael Bradvica, a senior consultant for Glassbox Technology, a networking reseller, agreed. In the long run, the change will be necessary, and will simplify networks, but in the short term it will add fear, uncertainty, doubt (FUD) and confusion, he said.

The Network Intuitive will be another layer of code to manage on top of existing switches, language, and technology, Bradvica said in an interview from the Cisco Live conference.

Glassbox serves large hospitals in the Los Angeles area. They're conservative to change, he said.

"It creates uncertainty with customers. It's a shiny thing that people have to go after," Bradvica said.

Robbins acknowledged the risk, but said the transition is necessary.

"The feedback that I'm getting from most of the customers is they want simplicity, they want security, they want automation," Robbins said in response to a question from Enterprise Cloud News at a Q&A with journalists at Cisco Live.

"It is a change in how you build IP networks," added David Goeckeler, Cisco senior vice president and general manager, networking and security business. The magnitude of the change "is why we launched it a week before Cisco Live," he said, to give Cisco's stakeholders time to digest.

"We prepared for this launch," Goeckeler said. "We brought in sales teams from around the world, and trained 10,000 sales folks to have conversations with customers."

Robbins said, "We do believe customers will need help in how to think about this change."

JohnMason 7/7/2017 | 8:58:16 PM
customer vs vendor Though it needs to be explained as a collaboration, in fact there is always a tension between the desire of a customer to be free of dependence on a vendor, and the vendor's desire to capture commitment from a customer (via repeating-revenue software models rather than one-time sales of hardware). I suppose a good salesperson can help make it so ("...customers will need help in how to think about this change"), but, good luck with that.
Reply | Post Message | MESSAGES LIST | START A BOARD
EDUCATIONAL RESOURCES