Google's Hölzle: Take Your Time With Cloud Migration  We Won't Rush You

SAN FRANCISCO -- Google Next 2018 -- Google is giving enterprises the tools to move to the cloud at their own pace, said Urs Hölzle, the company's senior vice president for technical infrastructure. With the launch of the Cloud Services Platform and GKE On-Prem this week, organizations going to the cloud can start small and moving further when they're comfortable doing so.

"Our goal with the Cloud Services Platform is that we leave the choice to the customer of how they move to the cloud," Hölzle said in a Q&A with journalists Wednesday afternoon at Google's annual cloud conference.

GKE On-Prem is server software for running Kubernetes applications on-premises. The combination gives enterprises control over the pace at which they move to the cloud, Hölzle said. (See Google Launches Cloud Services Platform, a Toolkit for Kubernetes & Serverless Apps.) 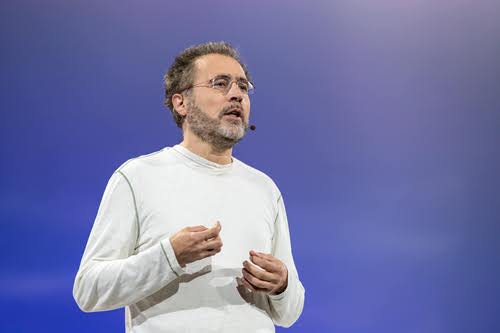 Google's Urs Hölzle at his Google Cloud Next keynote.
Now entering its fifth year, the 2020 Vision Executive Summit is an exclusive meeting of global CSP executives focused on navigating the disruptive forces at work in telecom today. Join us in Lisbon on December 4-6 to meet with fellow experts as we define the future of next-gen communications and how to make it profitable.

Today, enterprises making the shift to the cloud face two options: The first option is to "lift and shift," moving applications to the cloud as they are currently running on premises, and moving all the headaches to the cloud too, Hölzle said. "Or it's a very scary transition, where you have to rewrite a lot of things," he said.

With Cloud Services Platform and GKE On-Prem enterprises can start running Kubernetes applications on-premises and put off moving to the cloud until later. "You can do one thing at a time -- start containerization before migration," Hölzle said. Enterprises get familiar with containerization and Continuous Integration/Continuous Delivery (CI/CD), and only later tackle the job of migrating from on-premises to public cloud infrastructure.

"It's much easier than changing everything and having to pick a vendor for the next ten years," Hölzle said. "You can change gradually and have your choice because every vendor supports Kubernetes."

Of course, Kubernetes' broad support makes it as easy for enterprises to move off of Google cloud as it is for them to move onto it. But that's something for Google to worry about in the future; for now, it's playing catch-up with Amazon Web Services Inc. , which has a very long market lead, so anything that encourages more portability will make it more likely that some applications will land on Google cloud.(See What If Kubernetes Is One Big Google Conspiracy?.)

Only a small percentage of existing IT apps are in the cloud, and Google hopes its strategy will make a smoother path for adopting the cloud, both on-premises and in the public cloud, Hölzle said.

VMware is partnered with AWS to bridge applications running on VMware's vSphere across the private and public cloud. And VMware is also partnered with Google on Kubernetes. (See VMware & Amazon Grow Hybrid Tie-Up to 'Very Large Scale' and VMware & Google Hook Up Kubernetes for Enterprise .)

Istio is still in its early days -- it's just a year old, and it just hit Version 1.0, becoming production-ready, this week. However, Hölzle expects the vast majority of Kubernetes users to adopt Istio as well. "The reason is it's such a natural extension to what Kubernetes provides that it almost feels like the next Kubernetes version, so to speak," he said. "The two really work very well together. (See Istio: The New Open Source Cloud Hotness.)

sofacountry 2/10/2020 | 4:42:03 AM
Sofa Services Google has become the top search engine for sofa country and this is due to the dedication and belief of the CEO of google. We must thank to the CEO of google for providing this platform.
Reply | Post Message | MESSAGES LIST | START A BOARD