LAS VEGAS -- VMworld 2017 -- VMWare is looking like one of those people on Tinder who line up multiple dates in same bar on the same night. Fresh off hooking up with Amazon Web Services, VMware announced a partnership with Google and Pivotal on Tuesday to deploy Kubernetes on VMware's vSphere cloud software with Google Cloud Platform.

Pivotal Container Service (PKS) is designed to let enterprises and service providers deploy and operate production-ready container applications orchestrated with Kubernetes, the companies said in a statement Tuesday morning. It's based on Kubo, which is open source technology created by Pivotal and Google Cloud to enable flexible containers both on-premises and in the cloud. PKS is compatible with Google Container Engine, its platform for Docker containers. 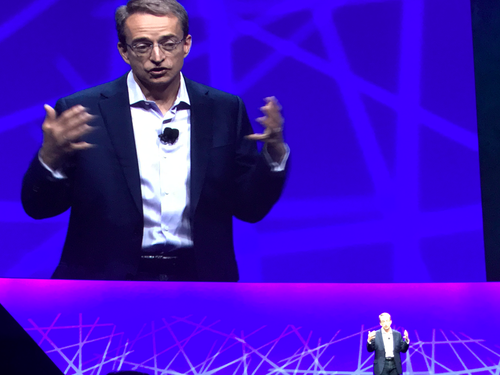 And PKS will integrate with features of Google Cloud Platform such as BigQuery, Spanner and machine learning.

PKS will be available in the fourth quarter, sold directly by Pivotal and VMware, and by Dell EMC on VxRail Appliances and VxRack systems.

A year ago, VMware launched a partnership with IBM that's similar to the AWS deal, except IBM rather than VMware will run the software and own the relationship with enterprises. (See VMware Seeks Cloud Dominance by Building Bridges.)

VMware's moves are part of a trend of moving to public cloud by enterprise vendors with a history of selling on-premises equipment and software. And vice-versa: Public cloud providers such as Amazon and Microsoft are pushing to get their cloud platforms on-premises. (See 'Hey! You Got Public Cloud on My Premises!')

The partnership with VMware and Google has deep roots. Diane Green, who now heads Google Cloud Platform, founded VMware in 1998.

JohnMason 8/29/2017 | 9:48:46 PM
If everything I guess if everything is in the cloud, a Chromebook is good enough. It wouldn't do for the chic power users, though.
Reply | Post Message | MESSAGES LIST | START A BOARD
EDUCATIONAL RESOURCES