SAN FRANCISCO -- Google Next 2018 -- Google's G Suite is getting new capabilities to make it more useful for the enterprise, including a new user interface for Gmail, enhanced enterprise search, improved Google Voice, and a new option for licensing Google Drive, the company said Wednesday morning.

Google (Nasdaq: GOOG)'s new Gmail interface is going into general availability for all G Suite users. Deployed as an option for early adopters in April, the new interface provides tools for working on emails from the inbox, without having to open individual messages; reminders to follow up on messages; smart reply to suggest simple responses to messages; high-priority notifications on mobile; warnings for risky email; and a confidential mode to minimize private messages from leaking, Garrick Toubassi, Google G Suite vice president of engineering, G Suite, told journalists at an advance briefing on the announcement Tuesday evening at Google's annual cloud conference here. (See Google Launching G Suite 'Confidential Mode,' Including Self-Destructing Email.) 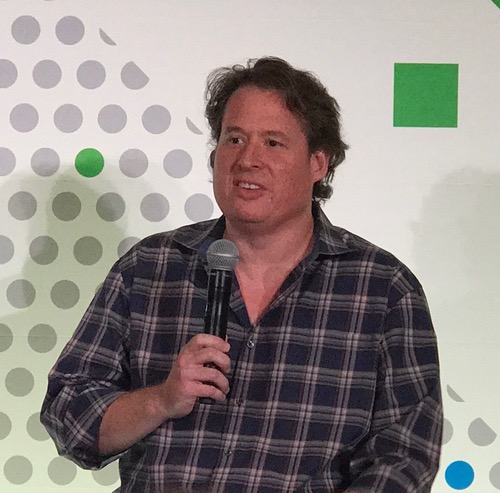 Google's Garrick Toubassi
Now entering its fifth year, the 2020 Vision Executive Summit is an exclusive meeting of global CSP executives focused on navigating the disruptive forces at work in telecom today. Join us in Lisbon on December 4-6 to meet with fellow experts as we define the future of next-gen communications and how to make it profitable.

Finally, Drive Enterprise is being made available as a standalone offering. Google Drive is on track to cross one billion active users later this week, one of eight Google applications with more than a billion users, Toubassi said. Now, users can get Drive without having to change out their existing email and calendar services.

Wednesday was the second consecutive day of announcements for G Suite; on Tuesday, the company launched AI-driven suggested replies for Google Hangouts, Smart Compose for autocompleting emails, grammar suggestions for Google Docs and additional security and compliance tools. (See Google G Suite AI Talks With Your Colleagues So You Don't Have To.)

G Suite lags significantly behind market leader Cisco Systems Inc. (Nasdaq: CSCO) and close rival Microsoft Corp. (Nasdaq: MSFT) in the collaboration market, according to a March report from Synergy Research. However, it's gaining on the two frontrunners in the hosted/cloud portion of that market, which is fragmented, Synergy says.