As monolothic applications are decomposed into microservices, the number of components proliferate, which makes getting everything to work together a complex problem. "You need some way to orchestrate microservices and which services do they bind to," Cisco Systems Inc. (Nasdaq: CSCO)'s Compton said in an interview with Light Reading in June. 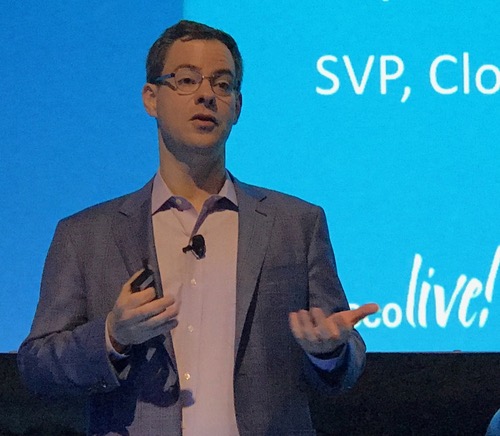 Cisco's Compton at Cisco Live last month.
Now entering its fifth year, the 2020 Vision Executive Summit is an exclusive meeting of global CSP executives focused on navigating the disruptive forces at work in telecom today. Join us in Lisbon on December 4-6 to meet with fellow experts as we define the future of next-gen communications and how to make it profitable.

Istio provides "networking for microservices," Compton said. It's a layer of infrastructure between a service and the network, also known as a "service mesh."

Cisco has been seeing keen interest in Istio from its customers, comparable to the early days of Kubernetes, Compton says. "Kubernetes has evolved to pretty much the de facto standard. Istio may be on the same trajectory, but a bit earlier."

Google, IBM Corp. (NYSE: IBM) and Lyft Inc. launched Istio in May 2017. At the time, Google explained it as "a uniform way to help connect, secure, manage and monitor microservices."

"Istio provides developers and devops fine-grained visibility and control over traffic without requiring any changes to application code and provides CIOs and CSOs the tools needed to help enforce security and compliance requirements across the enterprise," Google said (emphasis theirs).

Istio is key to a partnership between Google and Cisco to deliver applications spanning private clouds and Google Cloud Platform. (See Cisco & Google's Kubernetes Partnership Could Deliver in October.)