Google is rolling out a "Grab and Go" service to allow enterprises to easily loan Chromebooks to employees with short-term needs, the company announced Tuesday.

Employees of enterprises enrolled in the Chrome Enterprise Grab and Go program "can pick up a Chromebook and get to work in the time it takes to enter their password," a Google spokesperson said in an email. The service is designed for loaners, fleets of shared devices, machines used by front-line workers, and cloud workers on the go.

The service reduces productivity loss due to employees having to deal with devices that are down for services, according to a company blog post scheduled to go live Tuesday. "When an employee's device is not working, the impact goes beyond the cost of replacement. There are the hours employees devote to troubleshooting devices instead of completing projects. Then there's the time your IT team spends on repair and replacement when they could be focusing on more strategic initiatives," Google (Nasdaq: GOOG) says.

With the grab and go program, employees needing a new device can get to work as soon as the loaner Chromebook is in their hands. "Because their work is already stored in the cloud, they can jump back into projects immediately, as if they never left their old device," Google says. 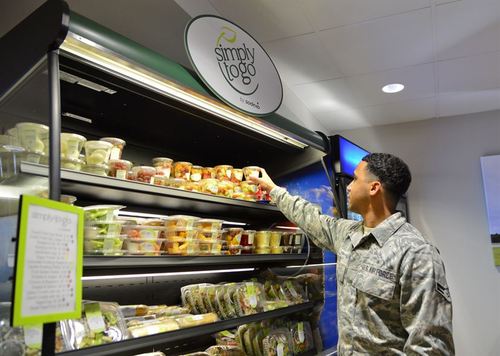 No, not that kind of grab and go.
Now entering its fifth year, the 2020 Vision Executive Summit is an exclusive meeting of global CSP executives focused on navigating the disruptive forces at work in telecom today. Join us in Lisbon on December 4-6 to meet with fellow experts as we define the future of next-gen communications and how to make it profitable.

Chrome Enterprise simplifies manageability through the Google Admin Console; once employees sign in to the Chromebook, all the company's management policies are immediately applied. Employees get access to bookmarks, passwords, extensions, browsing histories and personal settings on their new devices, Google says.

And employees using a Grab and Go Chromebook get an automatic email upon sign-in telling them how and when to return the device, and how to extend the loan, if needed. "Upon return, devices can go directly to the next user -- no reset or setup is needed because Chrome OS encrypts individual user profiles by default," Google says.

In addition to workers whose main computers break down, the service can also be useful for frontline workers who only need devices for a short time, such as for training or sending emails; shift workers in workplaces with shared devices, such as healthcare and call centers; and remote workers who travel between office locations or frequently work outside the office and need both a work and a home device, Google says.

Google says it has deployed the service in many of its own offices around the world and the program has been used by 30,000 unique users, with over 100,000 loans.

Google launched Chrome Enterprise 11 months ago; it's a cloud service for enterprise IT to manage Chrome devices. (See Google Polishes Chromebooks for Enterprise.)

PC sales are growing for the first time in years, and Chromebooks are help drive that growth, according to both Gartner and IDC. But neither firm breaks out Chromebook sales separately.

However, Microsoft Windows still rules the desktop. Chrome OS comprises just 0.78% of overall desktop market share as of June, compared with 13% for Mac OS and 82.45% for Windows, according to Statcounter, an Internet statistics service. That's very close to the results from Statista, as of February 2018.

So Chrome OS has a long way to go. But Google has built its business out of disrupting mature markets, so don't count Chrome OS out.

The new Grab and Go service brings one of the key consumer benefits of Chrome OS to the enterprise: The ability for workers to just log in to a new device and get right to work. Chromebook advocates tout the same virtues: It lets them get all their work done, they never have to hassle with configuring or installing anything, you can get a usable machine for $250, a nice one for $750, or a top-of-the line model for under $3,000. Ten-hour battery life is routine. And if the machine gets smashed or stolen, you just go to the nearest electronics store and pick up a replacement and you're back up and running before the next meal. (See Google vs. Apple: When Your Computer Breaks, Where Are You Better Off?)

Michelle 7/23/2018 | 11:48:52 PM
Leading the loaners I wonder if any other companies are working on similar loaner capabilities. Not everything is in the cloud for all, but a quick check out process could still help in other situations. I have encoutered few loaner laptops that were ready to use the moment I checked them out...
Reply | Post Message | MESSAGES LIST | START A BOARD

mendyk 7/17/2018 | 3:42:46 PM
Realpolitik "Grab and go" -- sounds like a winning slogan for the next presidential campaign. And it will fit nicely on a red hat.
Reply | Post Message | MESSAGES LIST | START A BOARD
EDUCATIONAL RESOURCES