WiCipedia: Companies With Values Should Be the Norm

This week in our WiCipedia roundup: How sexual harassment holds women back; California tech boards prepare for a shakedown; Bumble redefines tech company values; and more.

"Harvard Business does poll its graduates to see how their careers progress. And its survey has even drilled down into gender differences. Yet only recently have the Harvard survey's authors realized that they need to ask about sexual harassment. 'It wasn't on our radar,' said Colleen Ammerman, director of Harvard Business School's Gender Initiative, who worked on the study. Considering the omission in light of Me Too, 'we were shocked at ourselves,' she said. 'It's not something we really thought of.'" (See WiC Panel: Combatting Sexual Harassment in Denver and Bohling: Have the Conversation to End Harassment .)

A Wake-Up Call to All 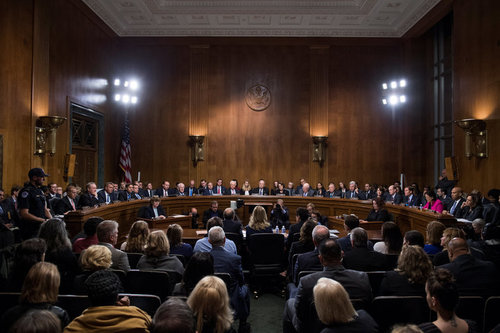 "Christine Blasey Ford testified before the Senate Judiciary Committee last week. All the Republican members of that committee are male," says Huffington Post in its coverage of the event.