Oracle is laying off staff in cuts that could reach as high as 14,000 -- 10% of its worldwide staff, according to reports. And while the cuts are reportedly part of the company's shift to cloud, some staff in its cloud group are feeling the axe.

No word yet on how Oracle's telco and other networking business are affected.

Oracle laid off about 40 people in its Cloud Infrastructure group in Seattle, and on Friday started notifying about 250 workers in Redwood City, Calif., and 100 in Santa Clara, Calif., that they will be laid off in May, according to a report on The Register.

Asked for comment, Oracle replied with a canned statement that seemed to confirm layoffs, thought the company didn't say it straight: "As our cloud business grows, we will continually balance our resources and restructure our development group to help ensure we have the right people delivering the best cloud products to our customers around the world." The company declined to comment further. 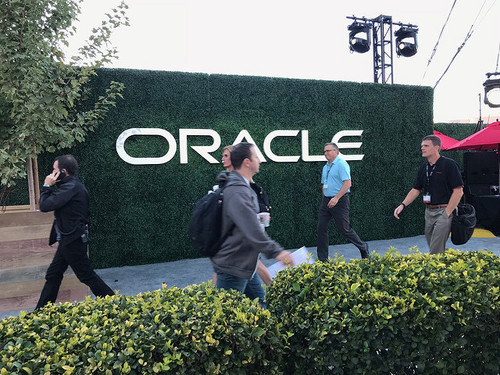 The Register reports layoffs include people now facing concerns about whether they can stay in the US because they're here on work visas and no longer employed.

IEEE Spectrum has more, reporting that many laid off workers were given a half-hour to clear the premises, and whole teams were summoned to meeting rooms and fired en masse. "The morning felt like a slaughter," one employee told IEEE Spectrum.

Oracle has been seeing top-level departures from its cloud business. Thomas Kurian, VP product development and a 22-year Oracle vet, left in September, and took over as CEO of Google Cloud in January. Amit Zavery left this month as VP of Oracle cloud platform, to join Google Cloud as VP of engineering leading the Apigee team, according to Reuters. Zavery served at Oracle for 24 years.

Warren Buffet sold his $2.1 billion in Oracle shares by the end of the fourth quarter of 2018; he told CNBC last month that he just doesn't understand where the cloud is going, though he is "amazed" at what Amazon and Microsoft have accomplished.

Oracle saw revenues down 1%, to $9.6 billion, in its third-quarter earnings reported this month, with flat revenues in cloud services, license support and cloud and on-premises license, at $7.9 billion.

Oracle has simply not been keeping up with mid-double-digit growth in public cloud revenues as seen by platforms including Amazon -- which Oracle's Larry Ellison never misses an opportunity to slag -- Microsoft and Google.

To be fair to Oracle, that company says it's playing a different game than the other players. Oracle says its primary focus is its new cloud database and business applications platforms, Oracle Fusion and Oracle NetSuite, and it's leveraging its platform, infrastructure and server hardware business lines to serve those software needs. It also says it expects to build business moving existing on-premises database customers to the cloud.

Oracle has been buying back stock to keep its price high, according to The Wall Street Journal.

In its last round of layoffs in 2017, Oracle shed thousands of employees in its legacy Sun Microsystems division.