Oracle is reportedly laying off several thousand employees working in the company's legacy Sun Microsystems division, which could affect some of the company's hardware products, as well as the Solaris operating system.

Reports began to surface after Labor Day that Oracle had started to shed workers in several divisions. The website TheLayoff.com posted an anonymous blog that indicated that layoffs would total about 2,500 people, including workers in Santa Clara, San Diego, Austin, Broomfield, Colo., Burlington, Vt., as well as support staff in India.

Oracle did not comment on reports, although publications such as Fortune reported that that employees have confirmed the layoffs.

A company spokeswoman decline to comment to Enterprise Cloud News.

In addition, James Gosling, a former Sun and Oracle employee, founder of Java, and now working at Amazon Web Services, noted on his Facebook page that Solaris "got a bullet in the head" on Friday, September 1. (See Java Inventor Gosling Flies to Amazon.)

Bryan Cantrill, another former Sun executive and engineer, noted the "sudden death and eternal life of Solaris" in his own blog post. 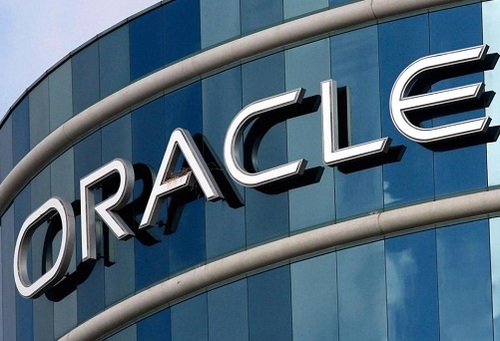 The reports of layoffs at Oracle follow an announcement from the company in late August that it plans to hire up to 5,000 cloud professionals to help with its efforts to build out its cloud offerings, including software-as-a-service (SaaS) and platform-as-a-service (PaaS). (See Oracle Hiring 5,000 Cloud Pros in US.)

Oracle purchased Sun Microsystems in 2010 for $8.4 billion, and the company continued to offer packages of hardware and software to customers. The acquisition also led to Oracle suing Google over the Android mobile operating system and whether the search company wrongfully used Java for the OS.

Google eventually won the case, although appeals remain to this day.

However, since the acquisition, Oracle has moved more toward offering its enterprise software through the cloud, which has lessened the company's reliance on servers, storage and other legacy systems from Sun.

What happens to Solaris is another issue, although an analysis at The Register indicates that Oracle could move the operating system to the cloud and offer it as a service and support the OS that way.

Oracle isn't the only company that has laid off workers as it pivots to the cloud. IBM and Microsoft have also laid off workers and restructured divisions to focus more on cloud, as well as other areas such as machine learning and artificial intelligence. (See Microsoft Cutting Jobs in Shift to Cloud.)

mhhfive 9/7/2017 | 12:37:42 PM
Sun wasn't exactly Oracle's favorite child... Sun's hardware has been on the decline for some time now, so I'm not shocked. And I think the "death of Solaris" has been in view for a while, too. How many proprietary OSes can survive in the market? Two? Three? Open source solutions are gaining ground and taking over, and Solaris doesn't have the support it needs to stay in the game and push boundaries.
Reply | Post Message | MESSAGES LIST | START A BOARD
EDUCATIONAL RESOURCES