Quibi may be forced to shut down if the short-form, mobile-focused premium video streaming startup is unable to find a buyer  and soon  according to The Information.

Update: The Wall Street Journal followed Wednesday with a report that Quibi is shutting down, noting that company founder and Hollywood icon Jeffrey Katzenberg broke the news to investors today.

Quibi soon after made it official, announcing in this href="https://quibi-hq.medium.com/an-open-letter-from-quibi-8af6b415377f">open letter from Katzenberg and CEO Meg Whitman that Quibi is closing down and seeking to sell its content and technologies.

"We started with the idea to create the next generation of storytelling and because of you, we were able to create and deliver the best version of what we imagined Quibi to be," they wrote. "So it is with an incredibly heavy heart that today we are announcing that we are winding down the business and looking to sell its content and technology assets  We want you to know we did not give up on this idea without a fight."

Quibi, which launched in April amid stay-at-home orders spurred by the COVID-19 pandemic, reportedly failed in attempts to sell its catalog to companies such as NBCUniversal and Facebook. Katzenberg has also received no interest from overtures made to Apple exec Eddy Cue and new WarnerMedia CEO (and former Hulu CEO) Jason Kilar, The Information reported. 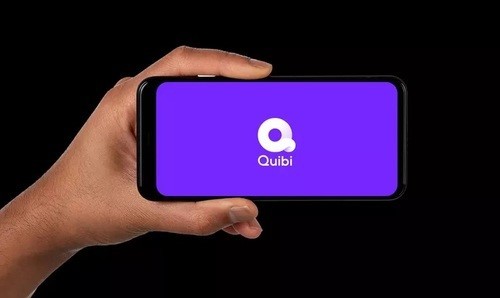 Katzenberg "has told people in the industry that he may have to shut down the company," The Information said, citing an unnamed source.

Ironically, the latest reports about Quibi's demise comes as the addressed a quibble that consumers had with the new service soon after launch  support for TV-connected streaming platforms.

The latest tidbits about Quibi's precarious situation also come about a month after The Wall Street Journal reported that the startup was seeking several strategic options, including a possible sale or a merger with a special purpose acquisition company, or SPAC.

Quibi, which has raised about $1.75 billion, has been trying to drive subscriptions and usage amid the introduction of other premium-level streaming services from major media companies, including HBO Max (WarnerMedia), Peacock (NBCU) and Paramount+, a new supersized OTT service from ViacomCBS that will succeed CBS All Access and debut in early 2021.

Quibi has failed to parlay its fanfare and hype into a sustainable, subscriber-driven business, reportedly falling well short of a target to draw 7.5 million subs in its first year. Katzenberg, meanwhile, has pinned Quibi's problems on a pandemic that has all be erased the service's perceived advantage as a premium video service that consumers would tap into while on the go.