After locking in lots of funding (about $1.75 billion at last count) and riding a wave of hype into the CES event in Las Vegas in January, the service has stumbled out of the block amid reports about underperforming usage paired with advertiser complaints, a pandemic that caused consumers to stay home, an initial lack of support for viewing on TV screens, a tricky lawsuit focused on one of Quibi's critical technology differentiators, and questions about whether many of Quibi's initial customers will pay for the service when free trials end.

Adding to the intrigue, The Wall Street Journal reported recently that the relationship between Katzenberg and Quibi CEO Meg Whitman has been troubled partly due to their clashing styles. However, Katzenberg has agreed to give Whitman more independence and leeway. "[A]ny new founder-CEO partnership has to find its footing, and they did that over two years ago," an official told the pub. 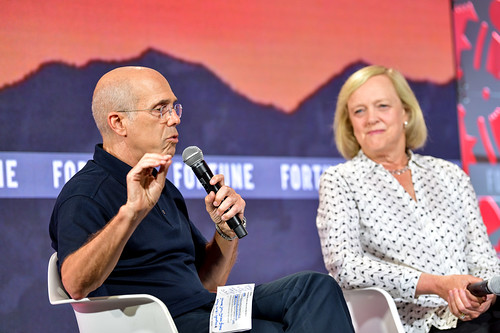 With that backdrop, here are five big questions Quibi is facing and will need to overcome if it's to survive:

Will Quibi attract – and keep – enough paying customers?
Quibi's service costs $4.99 per month with ads and $7.99 without, giving the streaming service a couple of options to fit consumer budgets. But before it could begin to rake in subscription revenues, Quibi tried to pump interest in the service with a lengthy 90-day free trial ahead of its April 6 launch.

While that ploy no doubt gave consumers an easy way to kick the tires and see what the service is all about, it appears that a small fraction of those users are staying past the free period.

According to app analytics company Sensor Tower, just 8% of consumers who took the free trial have stuck around past the initial 90-day free trial and were converted to paying customers.

Citing Sensor Tower data, Protocol reports that Quibi has been downloaded about 4.5 million times since Quibi's April debut, noting that the 8% conversion rate compares to one of about 11% of Disney+'s trial customers. That result puts Quibi's reported plan to rake in 7.5 million subs in year-one well out of reach, Protocol adds.

Those low numbers don't bode well for Quibi's subscription model, a shrinking overall audience will also have a detrimental effect on the ad side of the business, which is already the subject of reported complaints from advertisers.

Is the pandemic to blame for Quibi's woes?
Quibi centers on proving short-form, high-quality content on mobile devices, aiming to be a go-to destination for consumers who needed a quick fix while they were standing in line for groceries, sitting in a car or bus and otherwise on the go.

The pandemic and stay at home orders all but torpedoed that central idea around anticipated usage. While the pandemic did play some role in Quibi's lack of success early on, the degree of blame is not nearly as high as Katzenberg believes it was. Quibi has also suffered from decisions and actions it could control that could be difficult to fix even when a higher number of consumers become more mobile again.

Can support for TV platforms turn around Quibi's fortunes?
When Quibi launched, it was heavily criticized for lack of initial support for TV screens. While Quibi was developed and optimized for mobile, consumers complained that they also wanted the option to view Quibi's premium content on a premium-sized screen.

Quibi has remedied that a bit with support for Apple AirPlay and Google's Chromecast platforms, though the service still lacks support for other popular TV streaming platforms such as Roku and Amazon's Fire TV. Quibi still has an opportunity to expand its supported platforms, but the window to make a big impression with its initial user base is closing as the 90-day free trial period comes to an end.

Will the Eko lawsuit be a distraction or catastrophic?
To fuel its focus on mobile, Quibi developed "Turnstyle," a technology that seamlessly maintains the full-screen experience as content is viewed on smartphones in portrait or landscape mode. While Turnstyle was a primary tech-facing focus during Quibi's keynote at CES, it's also the focus of a lawsuit from Eko claiming that the startup is infringing on its technology.

Adding fuel to that fire, Paul Singer's Elliott Management is helping to finance Eko's patent lawsuit against Quibi. Quibi has countered that Eko's claims are "untrue and implausible on their face." While the lawsuit adds a distraction as Quibi tries to fix its early issues, it could also become even more problematic to Quibi's longer-term plans if it loses the case.

Will Hollywood A-listers continue to play a big role at Quibi?
Quibi launched with a lineup of shows and series featuring top-notch Hollywood talent. The pandemic has wreaked havoc on TV and movie entertainment production across the board. It's unclear if Quibi's less-than-stellar start with adoption and viewership will impact its ability to attract the best content and concepts now that the novelty and buzz of its platform have worn off.

"If we have a show that's going to be a huge hit, you pitch to Netflix, HBO. If it doesn't get traction, you pitch to Quibi," a producer with a project at Quibi told Vulture, which likewise wondered if Katzenberg has "mistaken an incremental innovation for a grand disruption" Ouch.