Quibi's foray into premium short-form video streaming  at least in its current form  might be short-lived.

As Quibi struggles to gain subscribers and generate viewership almost six months after a national launch that took place in the middle of a pandemic and a wave of stay-at-home orders, the startup is "exploring several strategic options, including a possible sale," The Wall Street Journal reported Monday, citing unnamed sources familiar with the situation. 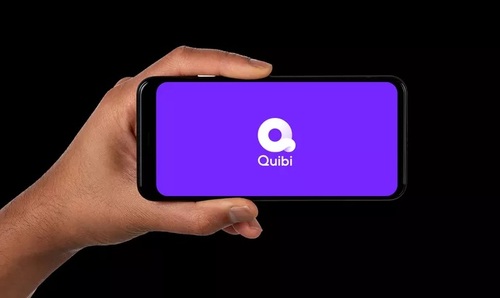 The WSJ didn't speculate on any potential buyers, but Quibi, despite its focus on short-form fare and mobile screens, is part of a broader general entertainment subscription VoD market dominated by the likes of Netflix, Amazon, Disney (Hulu and Disney+), alongside newcomers such as HBO Max and NBCU's Peacock and a new, broader offering from ViacomCBS called Paramount+ that will succeed CBS All Access early next year.

Quibi, a service founded by Hollywood icon Jeffrey Katzenberg, is also considering another cash raise or going public "through a merger with a special purpose acquisition company"  or SPAC  the WSJ added. But the paper warned that there's no guarantee that Quibi will pursue any of the options being reviewed.

Traveling the SPAC path is not unknown in the OTT video world. Of recent note, CuriosityStream, a streaming service started up by Discovery Channel founder John Hendricks, is taking that approach with a plan to go public through a reverse merger.

Quibi, which has raised about $1.75 billion, didn't comment on whether it is pursuing a strategic review of the company.

"Quibi has successfully launched a new business and pioneered a new form of storytelling and state-of-the-art platform," Quibi told the WSJ. Katzenberg and Quibi CEO Meg Whitman "are committed to continuing to build the business in the way that gives the greatest experience for customers, greatest value for shareholders and greatest opportunity for employees."

In addition to not attracting enough signups and usage (Quibi reportedly has fallen well short of its plan to have 7.5 million subs in its first year, with Katzenberg blaming the pandemic for the startup's early woes), Quibi is also facing legal pressure.

In a distraction that might evolve into something much more troubling for Quibi, a company called Eko claims that Quibi's "Turnstyle" technology, which enables users to seamlessly maintain a full-screen experience on a smartphone as it is viewed in portrait and landscape modes, infringes on Eko-held patents. Quibi has rejected those allegations as "untrue and implausible on their face."