Facebook has quietly launched a business selling wholesale fiber to local and regional telcos, part of the buildout of its core backbone network. It's looking to help providers "extend service to many parts of the country, and particularly in underserved areas near our long-haul fiber builds," the company says in a March 2 blog post signed by Kevin Salvadori, Facebook director for network investments.

"Unlike a retail telecommunications provider, we will not be providing services directly to consumers," Salvadori says. "Our goal is to support the operators that provide such services to consumers. We will reserve a portion for our own use and make the excess available to others. This means you'll start to see a Facebook subsidiary, Middle Mile Infrastructure, operating as a wholesale provider (or, where necessary, as a telecommunications carrier)."

Facebook designs its own servers, networking equipment and data centers, as well as developing long-haul fiber networks to connect those data centers with each other and the outside world. Its core backbone network infrastructure strategy includes partnerships that enable it to access other providers' fiber-optic cable infrastructure, investment relationships (where Facebook is one of multiple investors in network infrastructure), and laying its own fiber-optic cable routes, Salvadori notes. 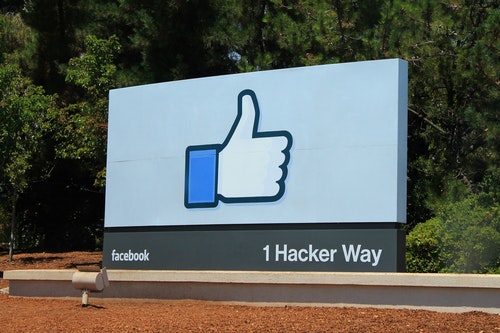 One of the new fiber routes will connect a Facebook data center cluster in Ashburn, Va., with a new campus in New Albany, Ohio. Facebook hopes to sell capacity in West Virginia, where 275 miles of the fiber route will run. Construction is planned to begin this year and run for 1824 months. The new fiber will allow broadband providers to expand middle mile networks into communities along the route, according to a report on Data Center Frontier.

Facebook's move into wholesale network capacity should make incumbents such as CenturyLink (which now owns Level 3), Cogent and Zayo nervous. But it's too early to panic: We don't know whether this is the launch of a big business for Facebook, or just a small side-hustle designed to enhance access to the Internet -- including Facebook, WhatsApp and Instagram, of course -- in corners of the US where network capacity is harder to come by.

Indeed, though Facebook declined to provide details on its plans, a comment by a spokesperson suggests the company is more interested in improving the Facebook experience for its own users than it is in becoming a full-fledged player in the long-haul fiber market. "We build and invest in fiber to connect our data centers in an effort to provide the 2.7 billion people using our products with the best possible experience," the spokesperson said in an email, adding that the company is strengthening "the long-haul fiber networks that connect our data centers to one another as we continue to provide fast, efficient access to the people using our products."

Still, if Facebook wants to get into the wholesale fiber business in a big way, or other parts of the telco and communications service provider sector, it has the resources to do so, with its network of cloud data centers to run its own applications.

Heavy Reading analyst James Crawshaw sees parallels between Facebook and Amazon. "There is an analogy here with how Amazon created [Amazon Web Services]," he says. "Making use of spare capacity and then accidentally turning it into a major business. Facebook has lots of datacenters so 'middle mile' routes that compete with those FB offers will see some pricing pressure." But he adds that he sees little threat to established fiber wholesalers.

At the same time, however, it's another example of how the hypercloud players are chipping away at the edges of traditional telco business. AWS unveiled its Global Accelerator networking service in November, providing capacity on its own network to cloud customers that don't want to rely on the public Internet for the links between data centers. Historically, those users would have turned to the telcos for such dedicated connectivity.

And Google Fiber launched ten years ago, connecting homes in second-tier cities with 1Gbit/s bandwidth. That didn't work out so well, though: Google announced it would pull out of Louisville, Ky., April 15, after encountering engineering problems for the deployment.

So far, these incursions into telco territory have been small -- but that may not last. Currently, the hypercloud companies have plenty of other lucrative markets to tackle, but it's telling that they continue to see incremental opportunities in markets that, historically, have been the sole domain of the telcos.