Nathan Rader will need to be blessed with the patience of a saint. As the director of NFV Strategy at Canonical, the company behind the Ubuntu open source Linux distribution, he's eager for communications service providers to not just talk about "cloud native" architectures based on containers (packages of self-contained software code and related dependencies), but actually deploy them.

That's because a shift to cloud-native, container-based microservices by mobile, fixed and cable network operators could well result in greater traction in the communications network operator world for Canonical Ltd. , which has developed a version of the Kubernetes container orchestration system needed to manage multiple containers across multiple cloud platforms.

Canonical regards itself as particularly well placed to benefit from any shift towards container-based deployments, as its Ubuntu operating system is already widely deployed in existing cloud initiatives and the company believes that Ubuntu is the "optimal choice" to underpin containers.

And there's light at the end of the cloud-native tunnel. Having realized that the initial iterations of virtual network functions (VNFs) were not suitable for automated telco cloud environments, major operators have been demanding cloud-native functionality for years, and now it seems the industry is on the cusp of a shift to the promised land -- excitement levels are certainly at new heights. (See VMs, Containers & the Lumpy Cloud Evolution, VNFs: The Good, the Bad & the Ugly, Linux Foundation Networking & Cloud Native Computing Foundation Get Jiggy and NFV 1.0 Is Passé; Cloud Native Is Coming.)

But there's a long way to go and some strong notes of caution. (See DT's Clauberg Urges Cloud-Native Caution.)

To Rader's credit, he acknowledges that the road to cloud-native in the telco world will be long, but he believes the journey has begun.

In a recent conversation with Light Reading, the Canonical man, whose industry track record includes stints at Swedish operator Tele2 AB (Nasdaq: TLTO) (where he was head of cloud and data center strategy) and at Nokia Corp. (NYSE: NOK), said he'd spent much of 2018 "focused on Kubernetes -- everyone's asking for it ... we are engaged with the majority of the main players." Those "players" include vendors, operators and any other parties involved in the cloudification of communications networks that will be required to fulfil the potential of 5G. (See Piecing Together the 5G Big Picture.) 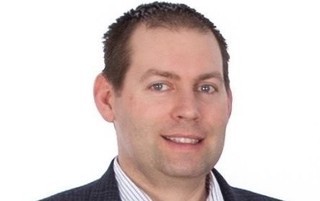 Rader, naturally, is keen to portray Kubernetes as an open source telco cloud tool that will help bring order to what has been at times NFV chaos. The Cloud Native Computing Foundation (CNCF) "certifies all Kubernetes distributions and you only get certified if the core of the distribution matches the CNCF specs  that's a step on from OpenStack, where everyone took OpenStack and did their own versions, which were all incompatible," he stated.

Ah yes, OpenStack. Canonical has a version of that open source cloud operating system that currently underpins most current telco cloud developments, but its version didn't strike a chord with the telco community. "Red Hat is the preferred OpenStack distribution in the telecom sector," Rader readily admits, while also namechecking Mirantis.

"We still sell OpenStack, mainly to companies in regulated sectors that need to have on-premises data, such as telcos, banks and insurance companies. But everyone else is all about Kubernetes, and now we're talking to everyone in telecom about it too  we're working with a number of operators on Kubernetes," he boasted, though he declined to identify any individual companies.

Those conversations won't likely lead to a rush of new business any time soon, though: Having been burnt once already, the telcos are being more cautious with their cloud-native NFV developments, says the Canonical man. "I don't see any telcos going into Kubernetes production [in the immediate future] because they need VNFs that have been redeveloped for containers, using Kubernetes, and that work is going to take some time  The VNF suppliers need to re-architect."

Need to know more about virtualization and the telco cloud? Then check out our dedicated NFV content channel here on Light Reading.

In the meantime, operators are checking out Kubernetes in their labs, says Rader, adding that Canonical is engaged in a proof of concept (PoC) with "a large telco" in the UK. "It's smart of the operators to educate themselves now, ahead of time. It was different with OpenStack, when they learned about it as they got it delivered," he notes.

That exploratory work could last a while, certainly if Deutsche Telekom's assessment of NFV developments is anything to go by: During a presentation at last October's SDN/NFV World Congress in The Hague, Alexey Gumirov, a senior design specialist for Deutsche Telekom AG (NYSE: DT)'s pan-net telco cloud project, highlighted "Microservices Architecture" as one of the areas that still needs a lot of work.

When the shift to does start to materialize, though, is Canonical best placed to benefit? The company doesn't boast as prominent a profile in the telco and cable operator worlds as some of its main rivals, most notably Red Hat Inc. (NYSE: RHT) and VMware Inc. (NYSE: VMW), and there are questions in the operator community about whether Canonical can translate Ubuntu deployments into commercial Kubernetes interactions. (See VMware Swings to Kubernetes, How Red Hat Could Give IBM's Telco Strategy a New Lease of Life , VMware Climbs On the Istio Train for Kubernetes Management and Mirantis Takes Kubernetes to the Telco Edge.)

So, in terms of competition, it has its work cut out, but it's definitely in play. "Its main rival is Red Hat," notes Roz Roseboro, principal analyst, cloud infrastructure and management, at Heavy Reading . "VMWare and Pivotal are also strong competitors. It's still early days for Kubernetes for telcos, especially since most VNFs are still in virtual machines and not containers, so market dominance is still up for grabs," adds Roseboro.