Re-Ingenu: An IoT Startup Is Born Yet Again

It was April 2017 and John Horn was in a typically rambunctious mood. Ingenu, the Internet of Things (IoT) startup he led, was running short of the funds he needed for international expansion. Horn, a former director at T-Mobile, was pressuring investors for the means to continue building a nationwide US network and a global business, providing connections for smart meters, tracking devices and similar objects transmitting small bursts of data. (See Ingenu Seeks Funding to Support Growth.)

But just a few weeks later, Horn and his buccaneering reputation were out. Financiers had balked at his plans, unconvinced by the investment returns they had seen. Ingenu was suddenly forced to backtrack. In March last year, it decided to give up building and operating its own US network. Nor, it said, would it keep making the access points that powered its technology.

Coming a few months after Horn's departure, the shift was a clear sign of financial problems. Ingenu had raised $123.6 million since its founding as On-Ramp in 2008, according to Crunchbase. But investors seemed to have lost patience since the rebranding in 2015, when Horn took charge, as Ingenu struggled to bring in the commercial deals that would justify its escalating costs. The company's very survival was at stake. 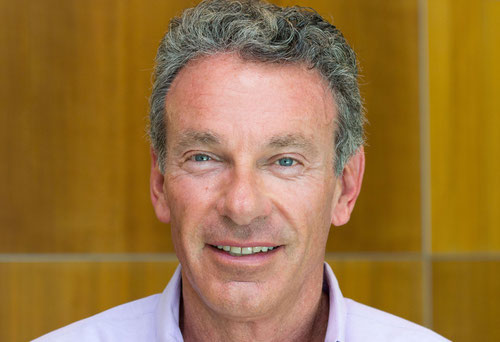 The responsibility for a rescue has fallen on the shoulders of two men. Ingenu Chairman Babak Razi had quickly stepped into the breach left by Horn, becoming interim CEO in July 2017. As the managing partner of Third Wave Ventures, Ingenu's biggest investor, Razi clearly had a strong financial incentive to make the startup a success. One of his first moves was to recruit Alvaro Gazzolo, a former IoT consultant with experience at ThinkAnalytics and Digicel Group. Gazzolo was soon promoted to the position of chief commercial officer, sharing responsibility with Razi for the turnaround strategy.

Together, Razi and Gazzolo kicked off the search for a new operator of the US network. At the same time, they began looking for third-party equipment makers that would build gear for this network as well as for Ingenu partners in other countries. In his new role as chief commercial officer, Gazzolo would be the point man for these negotiations, the company revealed. But much else about Ingenu's re-engineering remained unclear. No longer a network operator or equipment maker, Ingenu certainly appeared to be retreating to a role as a technology licensor.

Better than Sigfox?
Horn had been fond of telling anyone in earshot just how much better this technology was than either Sigfox or LoRa, its two main rivals in the market for low-power, wide-area networks (so-called LPWANs) based on unlicensed spectrum. Called RPMA (for random phase multiple access), the Ingenu technology would cover the same area as a Sigfox network with a fraction of the sites, he boasted. RPMA's ability to support "downlink" communications -- from the network to the sensors -- was also far superior, Horn insisted. Testimonials from big customers helped spread the word. Oil giant Shell claimed an $87,000 investment in RPMA in Nigeria had saved it roughly $1 million in operating costs one year. (See Ingenu Revs Up IoT Rhetoric.)

The problem was not the technology but the commercial model. Now president and chief operating officer, Gazzolo says Ingenu at the time was too heavily reliant on sales of the access points it manufactured in San Diego, where it still lists headquarters. Outside the US, companies wanting to build an Ingenu network would acquire an exclusive license in return for a commitment to meet certain coverage obligations. "The business plan was very much an incentive to buy access points and there was not much emphasis on the platform and the revenues generated by end points," says Gazzolo. "That was one of the biggest mistakes: You had a revenue spike from selling 1,000 access points and then no recurring revenues." (See Ingenu Has New Boss in Alvaro Gazzolo.)

It was not the only mistake, however. Despite Horn's bold claims about RPMA compared with Sigfox, Ingenu had clearly met the same problems as its French rival in the vast US market, running short of the funds needed to build a nationwide network. "They were trying to create a parallel network to AT&T and Verizon but there was not the capital behind that," says Gazzolo. "They were hoping customers would support the implementation of the network through revenues, and that never happened." (See Sigfox US Boss Is Out as Offices Close in Boston, San Francisco.)

"Thanks for the comments Lawrence. Just to set the record straight -- we are not debunking Lora or SigFox -- we are passing along information coming from Lora and SigFox customers who deployed in scale with unacceptable outcomes. It is not a criticism -- this industry needs to stop marketing talk and get down to the business of understanding customer needs. Defending outcomes that are failing and have failed does not further anyone's interests. I am not clear whom you are talking to regarding battery life and sensor issues, but I suggest you actually pick up the phone and talk to folks that are deploying RPMA today and get some real-life answers. RPMA works -- it is the only system that was designed and tested for years before it was deployed. I don't want to get into a tit-for-tat here -- this also doesn't serve anyone's interest. Ingenu's problems were directly related to mistakes made in business strategy, marketing and improper vetting of partners. The technology platform is solid and outperforms. Let's just leave it at that. Please take a look in the mirror and stop defending failed systems and flawed strategies. We will certainly do our best to succeed using this approach. Please do the same and perhaps one day we can all start collaborating to serve the needs of a global economy that is screaming for machine connectivity."

"The Ingenu technology would cover the same area as a Sigfox network with a fraction of the sites".  Provided they could actually do this (unproven so far), and since they can't change physics, it requires more sensor side power.   All companies using the ISM band have to play by the same set of rules. So, something has to give. This is a major problem according to companies I have personally talked to that have tried Ingenu. It makes battery life and/or sensor size to house a large battery problematic.

"RPMA's ability to support "downlink" communications -- from the network to the sensors -- was also far superior".   Just to be clear, this is a true statement when compared with Sigfox.  It is not true for LoRa, as LoRa features full duplex communication including FOTA capabilities.

Ingenu, like Sigfox, is not an open standard.  They are both start-up companies using proprietary technologies.  Building a global ecosystem is an extremely daunting task.  Networks without solutions are doomed to fail.  IoT is just as much about "interoperability" of things as it is "internet" of things.  The "O" in IoT can just as easily mean open.  IoT is NOT about proprietary solutions.  The odds of either company pulling this off are slim to none.

"Whether or not Ingenu's technology is the best in the industry, its marketing has "sucked," Gazzolo concedes."  Over the years I have been both a partner and competitor to John Horn and his former CMO Landon Garner going back to thier Raco Wireless days.  We are acquaintances but not close friends.  I can tell you from personal experience they are two of the best, most effective marketers in all of IoT.  No one would even know about Ingenu and RPMA if it wasn't for them. I did not agree with thier strategy, but I admired thier marketing.  What's really ironic is that it is Mr. Horn's picture that is the cover on the article.  Gazzolo's comment is laughable at best.

Ingenu has done well in the oil and gas vertical where the power concern is not an issue.  It's also a vertical where cash is readily available if the ROI is right.  Ingenu might be wise to consider themselves a vertical solution and stop trying to be something they are not and will most likely never be.