BARCELONA -- MWC19 -- VMware is launching what it says is the most significant release of its NSX virtual networking software, designed to provide hypercloud-class networking agility and scalability to enterprises and service providers, the company said Wednesday.

"This is our biggest release ever of NSX," Tom McCafferty, VMware's senior director of NSX product marketing, tells Light Reading. "It will change the way that people are doing cloud-related networking."

One of the biggest features: "This is a platform completely decoupled from vSphere now," McCafferty says. With the current release, NSX runs on all major hypervisors and every cloud provider. 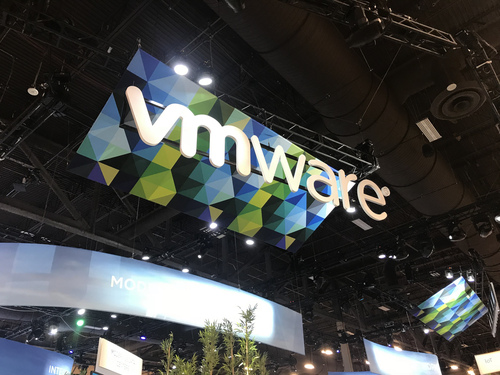 The older NSX-V, the NSX version supporting vSphere, is the original platform, which VMware acquired when it bought Nicira for more than $1 billion in 2012.

NSX everywhere
As of the current update to NSX-T, "this is the one where NSX-T becomes our primary platform going forward," McCafferty says. It's an extension of VMware's "NSX everywhere" strategy, to provide a unified network architecture that spans the on-premises data center, enterprise branches, Internet of Things, as well as multiple public cloud providers.

Communication network service providers can use NSX-T as foundation for their own infrastructure-as-a-service (IaaS) cloud service, or as a virtual networking service they resell to enterprises consuming IaaS, including routing, firewalling and microsegmentation. Also, large cloud providers can use NSX-T to bridge their public cloud to enterprise on-premises private clouds, such as AWS Outposts, an AWS hardware solution which runs AWS workloads on-premises, McCafferty says.

And perhaps most importantly to service providers, NSX-T is a component of VMware's vCloud NFV platform, which does exactly what it says on the tin -- it's a cloud platform for network providers to run virtualized network functions (VNFs).

Decoupling NSX from vSphere is a reflection of VMware's strategy over the past several years. While VMware has built its business on vSphere server virtualization in the data center, CEO Pat Gelsinger said in May that NSX will rival vSphere, and in the long run, networking is a bigger opportunity than compute.

That makes sense; VMware's enterprise and communications network provider customers are moving beyond virtual machines -- the market where vSphere leads -- to much lighter-weight containers. And VMware has a stake in the container market, too, with its aggressive support of Kubernetes open source software for container orchestration. Indeed, VMware on Tuesday introduced a new version of its Kubernetes platform.

Automation for humans
The first area of improvement is advanced automation. Automation goes beyond APIs, to use JavaScript Object Notation (JSON), a data interchange format to generate "human-readable, intent-based, declarative statements to completely automate everything everywhere," McCafferty says. "Write it in one step, use it everywhere."

"App Developers want a network that just works, that connects servers with a click of the mouse. This what they get in the public cloud. VMware NSX brings this same experience to every cloud -- public and private -- with the Virtual Cloud Network," Tom Gillis, VMware's senior vice president and general manager of networking and security business unit, said in a statement.

With its focus on intent-based automation of the whole network, as opposed to configuring devices individually, VMware's strategy is similar to Cicso's "intent-based networking," as well as Juniper and startup Apstra. All these companies are simply following the industry where it's going: with networks today spanning thousands of switches and routers, and expanding exponentially with the emergence of IoT connectivity, it's impractical to configure individual devices manually. So all networks are going to have to move to an intent-based architecture, or something like it.

VMware's differentiator from Cisco, in particular, is that it does everything in software, and is therefore vendor- and device-agnostic, automating routing, firewalling, load balancing and more, McCafferty says.

Beyond network engineers
Additionally, VMware redesigned the network user interface to make it easier for users beyond network engineers. "It's not just for network and security architects anymore. It's about building a UI that's meaningful to everyone in the DevOps chain, everyone building an application or deploying it to the cloud," McCafferty says.

The third and fourth areas of improvement are scalability, to meet the needs of the largest organizations; and security for both east-west traffic, within the data center; and north-south traffic, to both the public Internet and private network.

I was reading about it few days ago on Alex Web Hosting, that NSX will run on all major hypervisors and every cloud provider, which is indeed a big thing.

It will complety change the web hosting game and will give an edge to companies who will adopt it at the initial stage.
Reply | Post Message | MESSAGES LIST | START A BOARD
EDUCATIONAL RESOURCES