There's no doubt that 2020 was an awful year. But there was one thing that gave the US cable industry cause to rejoice: 2020 also marked the end of the CableCARD era.

In September, the FCC ruled that its continued involvement in making rules and regulations governing separable security modules for cable boxes, and the few remaining TVs with CableCARD slots still languishing in the market, is just not worth the trouble anymore. 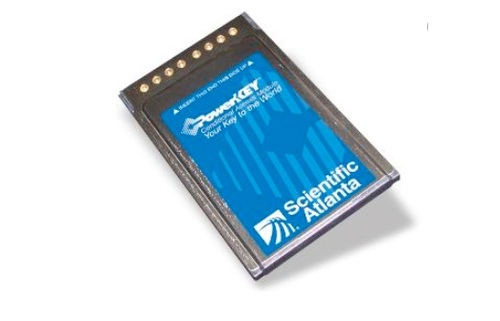 Before the rebrand, the CableCARD was known as a Point of Deployment (POD) module.

The FCC effectively put the kibosh on mandating CableCARD support and the need for cable operators to continue reporting out their CableCARD deployments in MSO-supplied set-tops and for retail TVs, TiVo boxes and other types of cable-ready video navigation devices.

As the FCC put it:

"In this Report and Order, we terminate a proceeding in which we sought comment on the adoption of new regulations for 'navigation devices' – devices that consumers use to access multichannel video programming and other services offered over multichannel video programming networks – and eliminate outdated CableCARD support and reporting requirements."

Regulations requiring large cable operators to support and continue the deployment of CableCARD modules "no longer serve a useful purpose and thus are no longer necessary," the Commission added, concluding that "intervention in the navigation device marketplace is not necessary at this time" and could end up stifling the progress already being made.

This was an acknowledgment by the FCC that the pay-TV and video market is starting to be dominated by streaming apps from pay-TV operators and programmers alike for retail OTT devices that deliver secured premium content.

This new market dynamic is taking place without the FCC's meddling and without the need for a clunky CableCARD, which is finally on its way out to pasture. But the CableCARD was already past its prime when the FCC's rules first took effect in July 2007, some ten years after the agency first adopted rules that required MSOs to provide separable security modules by July 2000.

Indeed, this fiasco goes back several years. Before the separable security module was branded as the CableCARD, it was referred to as the Point of Deployment (POD) module. Not too surprisingly, that didn't catch on, either.

The first wave of CableCARDs provided secure, live, linear TV channels but did not support interactive services like video-on-demand (VoD) or switched digital video (SDV). That created a whole other mess that spawned TiVo's love-hate relationship with the CableCARD, with a heavier emphasis on the hate. We'll get into that a bit later.

To remedy the SDV issue, the industry gave birth to a monstrosity called the Tuning Resolver, later relabeled as the Tuning Adapter. A name change did not erase the fact that it was a kluge that no one liked.

Then there was tru2way  the video device middleware billed as the answer for retail cable video devices to support linear TV, VoD, SDV and so on. But the consumer electronics industry, save for some efforts by Sony, Panasonic, Samsung and LG, didn't go for it. The failures of tru2way (and EBIF, cable's brief shot at delivering interactive TV apps to its base of aging set-tops) were enough to drive people to drink. Want proof? Behold: 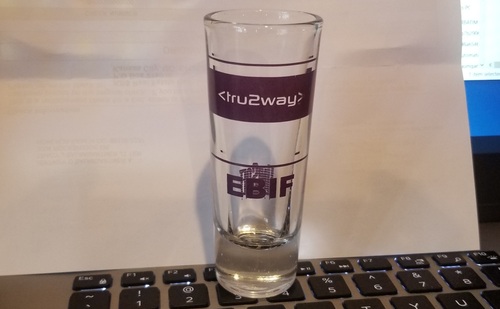 A tchotchke from UniSoft that I picked up somewhere in my industry travels.

For an editor covering the cable industry, the CableCARD regime was the gift that kept on giving. For every advancement made, one could count on two steps back and three boneheaded screw-ups to follow. A week without a CableCARD story to pursue was like a week without sunshine!

It was quite the opposite for former Light Reading Copy Chief Kevin Cramer. Whenever I filed or even alerted the editors that I would be filing a story on this subject, I swear I could hear Kevin groaning  all the way from New York.

The CableCARD regime did little to advance the ball on cable-ready retail devices. Per the FCC, there were just 456,000 CableCARDs installed in retail navigation devices by the first quarter of 2020 among the four largest US cable operators, down from 528,000 in Q1 2017.

In comparison, tens of millions of operator-supplied CableCARD devices have been deployed. In the last "CableCARD Update" I filed for Light Reading in September 2010 (I was sort of maniacal about this story back then), the top ten US MSOs had deployed 531,000 CableCARDs for retail devices compared to 22.7 million operator-supplied set-tops with CableCARDs since the ban took effect in July 2007. (See CableCARD Update.)

It's all over now, but it would be unthinkable not to give the era and its errors their due and present: The CableCARD's Greatest Hits. We even made an album cover: 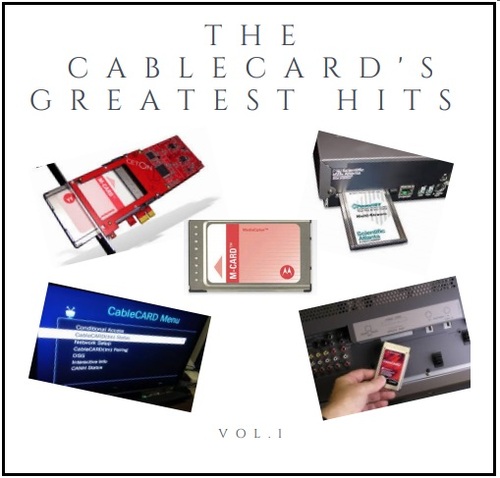 Let's get to it