Multiple industry sources confirmed that Comcast is exploring a plan to license its cloud-powered X1 platform (and possibly its "Flex" variant) to smart TVs, a move that could help the cable operator broaden the reach of its technology/experience and add critical scale to the operator's broader video and ad-tech ecosystem.

Protocol reported last week that Comcast pitched the idea to TV makers in recent months following earlier conversations at the 2020 CES event in Las Vegas. Comcast's general interest in licensing X1 to TV manufacturers goes back much further than that, according to two industry sources. Comcast declined to comment. 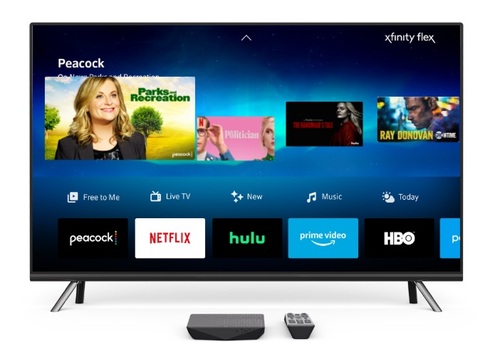 Comcast currently markets 'Flex' to broadband-only customers for no added cost via a streaming device supplied by Comcast. A smart TV licencing deal could pave the way for Comcast to expand the reach of that experience/service.

While porting or licensing X1 to smart TVs would put Comcast's platform into more direct competition in a market that includes Roku, Google (Android TV) and Amazon (Fire TV) as well as TV makers that have their own platforms (Samsung/Tizen, LG/webOS and Vizio/SmartCast), there's some deeper strategic implications behind the idea.

For starters, a successful smart TV licensing move would not only help Comcast's software secure a foothold in the retail video device market, but also unshackle a platform whose reach is presently restrained to Comcast's own cable footprint and those of a handful of X1 syndication partners in the US and Canada  Cox Communications, Shaw Communications, Rogers Communications and Videotron. Comcast and Charter Communications have held X1/Flex syndication talks, but those discussions have yet to result in a deal.

It's well-known in industry circles that Comcast is eager to seek out ways to get its X1/Flex platform and video experience into key US media hubs such as New York and Los Angeles. Getting X1 (or a close derivative of it) onto smart TVs (and possibly other retail streaming platforms) could provide such an opening.

Comcast, meanwhile, has been gaining expertise internally for years and, more recently, gathering additional expertise on how it might go about this. One clear source of that is Xumo, the free, ad-supported streaming service that Comcast acquired earlier this year. While Xumo does aid Comcast's digital advertising ambitions and serve as an engine for linear-style streaming channels on its Flex platform tailored for broadband customers, Xumo's experience in building and developing native apps for smart TVs was another reason Xumo was particularly attractive to Comcast, an industry source said.

A big question is how Comcast might enter this part of the market if it's able to find some TV manufacturers that are willing to play ball. Here are a couple of plausible paths:

A tall task
Industry watchers say it makes sense for Comcast to pursue the smart TV market as its video business becomes increasingly focused on software, but stressed that penetrating that crowded and competitive market will be a tall task even if Comcast ultimately decides to give X1 away to prospective smart TV partners.

"Comcast has a free advertising VoD service they are trying to monetize. Scale matters," said an industry exec, pointing to both Xumo and Peacock, a service that supports both a completely, free ad-supported tier as well as a hybrid, premium tier fueled by both subscription and ad dollars. "And X1/Flex is one of the better platforms for aggregating and finding content. Their voice search [platform] is top notch."

But does Comcast have a shot at inking deals with TV manufacturers? Roku, an industry source points out, doesn't have a complete lock on its current partners, so it's possible that Comcast might be able to find some openings. However, this source also warned that Comcast will need to do better than strike deals with a patchwork of small TV makers in order to attain any real scale in that part of the market.

Others are even less certain Comcast would be able to pull it off in a market full of players that already have established position in the smart TV market.

"It seems like a long shot," said Colin Dixon, founder and chief analyst at nScreenMedia. "There are just too many options in the market. This is a crowded space."

That said, Comcast does have the right pieces in place to at least give it a shot. X1 is a "good platform" with a "pretty robust app platform," added Dixon, but he also wondered if Comcast would be prepared to provide the support necessary for such a move.

Though an X1 or Flex smart TV licensing strategy would represent a new point of attack for Comcast, the company does have a past with respect to integrations with TV makers or retail streaming devices.

Of recent note, Comcast has developed a streaming app for TVs from LG Electronics and Samsung as well as an app (still in beta) for Roku TVs and streaming media players. Comcast teamed up with Panasonic about a decade ago on a small batch of tru2way HDTV sets outfitted with CableCARD slots that supported both Comcast's live-TV and VoD services in select markets, but that effort was relatively short-lived.