Missing targets by 1 million may be regarded as a misfortune; missing them by 1 billion looks like carelessness, Oscar Wilde might write if he were reincarnated as a Deutsche Telekom analyst.

The German telco has ripped up its original savings plan after it dramatically undershot targets. Under a strategy announced in 2015, the company aimed to cut indirect operating costs outside the US by around 2.4 billion ($2.8 billion) annually, using 2014 as a baseline. Its goal was to reach savings of 1.8 billion ($2.1 billion) by the end of this year. Last year, it managed just 700 million ($817 million).

In other words, it would need to find an additional 1.1 billion ($1.3 billion) in savings this year to achieve its goal. In a presentation at this week's capital markets day event, it already appears to have ruled out this possibility, slapping a red traffic light marker against the savings ambition to show it is not "on track." 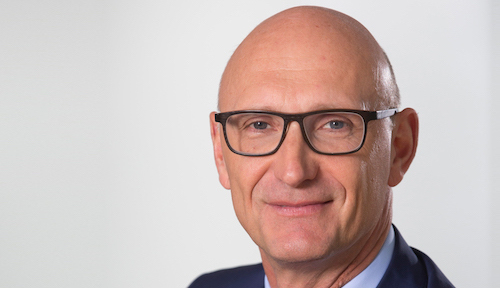 Timotheus Höttges, Deutsche Telekom's CEO, is under pressure to make the German telco a much leaner company.

Quickly forgetting about that derailment, Deutsche Telekom AG (NYSE: DT) has now completely moved the train. Using 2017 as a new marker, it is aiming for about 1.5 billion ($1.8 billion) in annual savings, outside the US, by 2021. If it achieves its latest objectives, the relevant costs will fall to about 17 billion ($19.8 billion) in 2021, roughly 2.2 billion ($2.6 billion) less than in 2014. (See DT Targets 1.5B in Automation Savings, Misses Former Target.)

The savings will largely come in areas where progress under the older initiative lagged expectations. Deutsche Telekom was aiming to complete an "all-IP" transformation, shutting down older PSTN networks, by 2018, but is two years behind schedule. While the overhaul is done in Croatia, Hungary and Slovakia, only 67% of lines in Germany and 45% in Greece now use all-IP technology. (See DT 'Cost Lag' Could Overshadow Transformation Agenda.)

This PSTN shutdown has evidently been far more difficult than Deutsche Telekom had envisaged. "It's not until you get rid of the legacy in the business that you get cost savings, and that is a complex and cumbersome process," says Bengt Nordström, the CEO of the Northstream consulting business.

An even tougher challenge has been Deutsche Telekom's related "pan-net" project. The aim here is to replace the various technologies that cater to individual European countries with a single, cloud-based network for the whole region. Deutsche Telekom has managed to set up network operations centers in Germany and Romania, as well as data centers in Greece, Hungary and Poland. But another red traffic light flashes up on service migration. Only a few services have been moved to the pan-net platform, Deutsche Telekom acknowledges. (See DT's Pan-Net Still at Start of the Marathon.)

This entire overhaul would lead to cost savings of about 1.2 billion ($1.4 billion) by 2020, said Claudia Nemat, Deutsche Telekom's head of technology and innovation, during a press briefing at Mobile World Congress in 2015. This would include savings of about 500 million ($583 million) outside Germany, she indicated. Of that, around 200 million ($233 million) would come from platform harmonization and lower spending on vendors, while another 200 million ($233 million) would result from the simplification of technical services. PSTN shutdown outside Germany would deliver savings of about 50 million ($58 million), said Nemat. (See Deutsche Telekom Turns On Pan-European IP.)