AT&T's Anschutz: ONF Shift Is More About Culture Than Technology

LOS ANGELES -- Open Networking Summit -- Major changes announced this week by the Open Networking Foundation are more about process and getting the right kind of collaborative culture in place than they are about specific technology, AT&T's Tom Anschutz said here today. (See ONF Operators Take Charge of Edge SDN.)

Speaking at the end of the Open Networking Foundation 's Vision Summit here, Anschutz was one of a parade of board-member operators talking about the role the ONF is playing in their future visions. After briefly discussing some of AT&T Inc. (NYSE: T)'s technology plans and goals, the distinguished member of technical staff got to what he said was the more important piece.

"What are we looking for from the ONF and the engagement in this process is not about the engineering artifacts, although those are important," he said. "That is not really what makes open source work. I have learned from engaging with web-scale folks that  it is getting together the engineering system and the tool chains, finding the right culture for solving problems and getting the right people and processes in place to execute it."

ONF's new structure and approach is an indication that operators "are interested in changing how we build things, through a community approach, with operators having much more skin in the game," Anschutz said. "What you build isn't as important as how you build it." [A quote he attributed to Dave Meyer, former Cisco and Brocade exec now chief scientist and consultant at Huawei.]

ONF Board on the Hot Seat 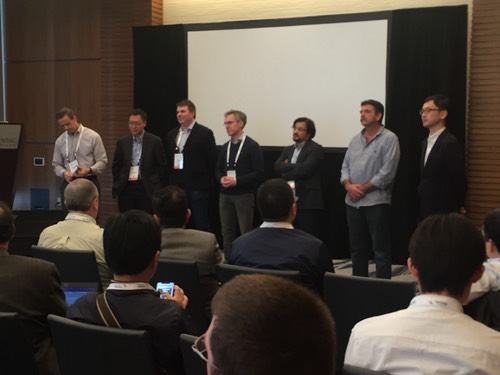 Operators field questions on the major changes ONF is undergoing.

That thinking is what fueled the changes within ONF to create more of a carrier community that will drive things going forward, to bring software-defined networking to the edge of the network faster, and in a way that addresses the non-differentiated aspects in a single approach, to move the entire industry forward at a faster pace.

As part of that, ONF itself will see a culture change, he noted, and embrace technologies from other communities and groups and not just what it has developed internally.

"We shouldn't have so much religion" Anschutz says. "ONF needs to build bridges to other groups. If we only work with things from ONF, it is not going to go very far. All of the carriers have something they are wedded to that didn't come from ONF. "