States are gearing up to bet the farm on fiber

NASHVILLE, Tenn.  Fiber Connect 2022  The pandemic put a spotlight on affordable broadband access as a necessity rather than a nice-to-have and states are taking notice.

On a policy and financial level, states are ready to invest heavily in broadband access. But they need the support of partners and solid policy to succeed, explained The Pew Charitable Trusts' Kathryn de Wit during a keynote address here. 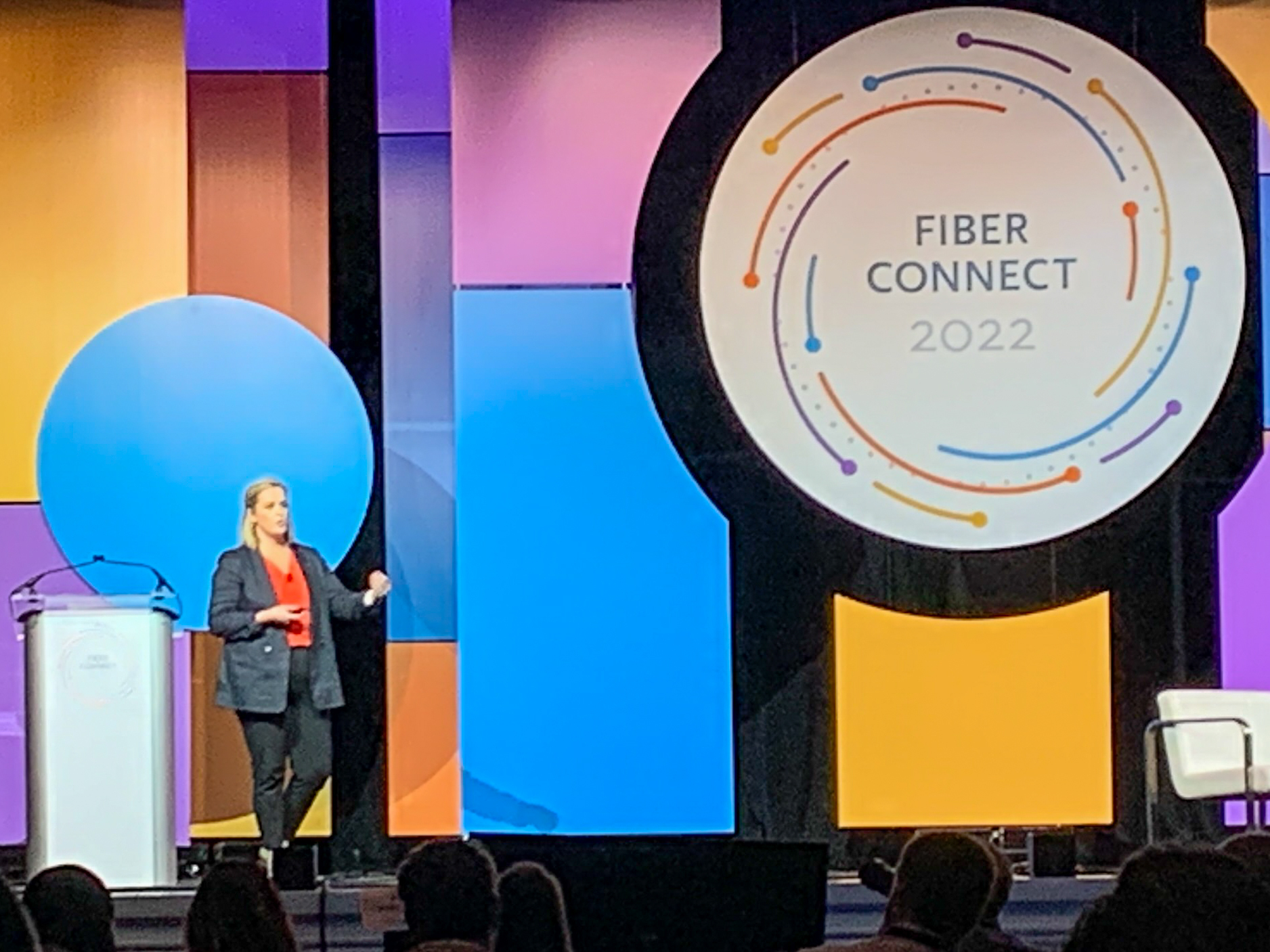 "What Congress has now seen  is that fiber is the thing that's going to guarantee economic and social benefits for communities across the country for years in the future," she said. "Post-pandemic," she noted, 90% of Americans see Internet access as important or essential.

De Wit's research team "noticed that states were passing more policies to increase the availability of broadband, and they were also spending money." States can't run deficits so when they start to appropriate funds for new programs, it catches the attention of researchers like those at Pew, she said.

"If states are spending money on fiber, that means that they see a very high ROI for their local economies," she said.

De Wit and her team set out to dig into broadband programs on a state level and examine challenges like urban affordability and rural accessibility.

"Each state is different  replicability and solutions  it's going to vary across states. That ties into the role of policy, which is very important," she said.

But access to a broadband connection doesn't matter if communities can't afford it, added de Wit. In fact, Pew's research shows that 45% of low-income potential broadband users say they don't adopt the service because they can't afford it.

Instead of focusing on the business case, de Wit said, states should focus on the opportunity cost of not having fiber. Nationwide, de Wit heard from lawmakers that without fiber connections, their towns would die.

In addition, the pandemic has made communities rethink which Internet speeds are sufficient for businesses and schools. They have also realized that community centers, libraries and schools aren't a sufficient backup for those lacking Internet connectivity. During the pandemic, 24% of low-income Americans have cut costs on food, healthcare and clothing to pay for Internet, said de Wit.

"Universal, affordable access is no longer a nice starting point, it is what we are getting to. Moreover, we have a preference for fiber because we are no longer building towards the ceiling, we are starting from the floor."

The goal of "universal affordable access" has to be a focal point during broadband buildouts, said de Wit. There also needs to be accountability  not just in funding requirements but also in challenge processing.

"There has never been a formal challenge process for state and local governments and people who represent all of you to go to the FCC and say, 'this doesn't reflect the reality of what's on the ground,'" she said.

There also need to be explicit guidelines from states for how local leaders and service providers handle broadband funding, added de Wit.

While the evidence is there for the necessity of fiber, and states are "moving toward a focus on fiber," there are still federal and state officials questioning the need to invest in fiber, she explained.

"The more that you are willing to advocate in state legislatures to provide input and information on why fiber is the better investment, the better off we will be in protecting the gains that we have made and protecting the fiber future."