A legal challenge threatens to hold up the UK's next auction of 5G licenses after one of the country's biggest operators complained it could lead to spectrum fragmentation and the emergence of a "two tier" 5G market.

Vodafone UK has hit out at proposals by regulatory authority Ofcom to auction the 700MHz and 3.6GHz airwaves in bundled packages, arguing this could inflate spectrum valuations by forcing operators to bid for licenses they do not need.

Helen Lamprell, the operator's general counsel, said Vodafone would try to avoid taking legal action to resolve the dispute but declined to rule it out.

The value of a frequency band to a given operator depends heavily on gaps in that company's spectrum portfolio, said executives from Vodafone UK at a recent press briefing. Lumping together two very different bands in the same process would make valuing spectrum a much harder task for auction participants, they insisted. 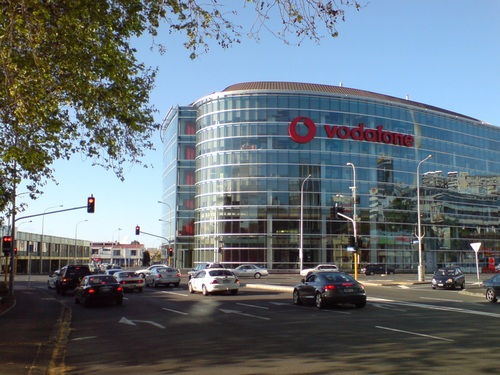 "The 700MHz is low-band spectrum and very good for coverage, while 3.6GHz is mid-band and very good for capacity. It is unusual to put those together because they achieve different things," said Scott Petty, Vodafone UK's chief technology officer.

"Putting it together in unusual combinations creates a very difficult situation where your valuation is hard to work out and you end up buying things you don't need because part of the bundle is something you do need," he said. "We could end up with a very fragmented spectrum situation depending on how the bundles are put together."

Ofcom's proposals could also increase the risk of a "two tier" scenario, with one or two operators dominating specific bands and others missing out, according to Petty.

His biggest concern is that a dispute over the spectrum auction holds up the deployment of 5G services and threatens the UK's 5G leadership position.

"Outside China the UK is one of the leading markets," said Petty. "It would be disappointing if a falling out over the spectrum auction stalls leadership and we stop deploying for a year and lose that leadership position."

"Being first to launch is so important from a development point of view," added Petty. "Companies that are looking to build a 5G ecosystem are looking at the UK and saying it is further ahead of Germany and let's do development testing there. Anything that slows that down is bad for the country."

Lamprell said a legal challenge could prove costly and that Vodafone would prefer not to resort to litigation.

"Do I want to spend money litigating? No, because it is a waste of money. If we have to we might," she said in response to reporters' questions.

An Ofcom consultation on the auction rules closed earlier this month, after opening in December, and the UK regulator is keen to wrap up the next sale of 5G licenses by spring next year.

In proposals made available on its website, Ofcom said companies would be invited to bid for "packages" of spectrum across the 700MHz and 3.6-3.8GHz bands.

Although Ofcom has been considering ways to avoid spectrum fragmentation in the 3.4-3.8GHz range, its view is that spectrum trading between operators could address this problem.

Asked why she thought Ofcom was determined to auction 700MHz and 3.6GHz spectrum at the same time, Lamprell said the regulatory authority appeared to have "woken up late" to government concern about mobile coverage.

"It feels to me like  they are using this as an extremely broad tool to achieve 95% geographical coverage and I think that is really stupid," she said.

In a comment emailed to Light Reading, an Ofcom spokesperson said: "A combined auction could allow winning bidders to bring these airwaves into use as soon as possible, so that people and businesses can benefit quickly from better services. We've gathered a range of views on our plans, and we'll set out our decisions later this year."

The UK auctioned a first tranche of 5G licenses around this time last year, raising £1.4 billion ($1.85 billion, at today's exchange rate) from the sale of licenses in the 2.3GHz and 3.4GHz bands.

That auction had been postponed from its original sate by a legal challenge from Three UK, the smallest of the UK's mobile operators, which had urged Ofcom to restrict the amount of spectrum available to its bigger rivals to address what it saw as a frequency imbalance in the UK market.

Despite the delay caused by the legal battle, the UK was one of the first countries in Europe to sell licenses for 5G services, which promise higher-speed connections than consumers get on today's 4G networks.

The auction seemed to go some way toward leveling the playing field after O2, a subsidiary of Spain's Telefónica, picked up all the 2.3GHz spectrum on offer, filling a gap in its portfolio.

That auction, and a 2017 takeover of spectrum-rich alternative wireless service provider UK Broadband, has also left Three with a bigger share of 5G spectrum than any other operator and appears to have silenced its complaints.

But the uneven distribution of spectrum in individual bands, highlighted by Three's 5G position, shows why Vodafone is concerned about the upcoming auction.

Three would presumably attach little value to additional 3.4-3.8GHz spectrum. According to Ofcom's data, however, it is still relatively constrained when it comes to lower-band airwaves.

Vodafone and O2 control most of the UK's sub-1GHz airwaves, by contrast, and seem likely to have less interest in buying more low-band spectrum than either BT, the former state-owned fixed-line monopoly, or Three.

Despite the status quo, a spokesperson for Three said the company did not share Vodafone's concerns about combining 700MHz and 3.6GHz spectrum. Three's main worry is that Ofcom will attach rural coverage obligations to the next set of 5G licenses, he said.

Light Reading was still awaiting feedback from BT on the spectrum issue at the time of publication.

Any suggestion that a UK auction could drive up spectrum prices will put pressure on Ofcom after the structure of an Italian 5G auction last year was blamed for inflating the cost of licenses.

Opponents of the European approach to frequency awards say heavy spending on licenses leaves operators with less cash to spend on network deployment and could hinder the launch of next-generation networks. 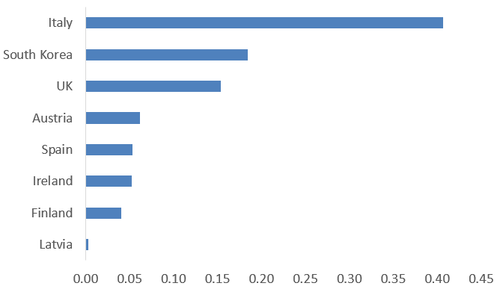 They fear Europe will fall behind other parts of the world if 5G gives rise to new services that boost industrial productivity and spur innovation.

All eyes are currently on Germany, which kicked off its first 5G auction of spectrum in the 2GHz and 3.6GHz bands last week.

Bidding had reached nearly 716 million ($810 million) on the morning of March 25, according to the German regulator's auction website.