Europe Must Pray for Sobriety in German 5G Auction

At stake are the airwaves that will carry next-generation mobile services in the region's largest economy. If 5G lives up to its promise, it will revitalize Germany's manufacturing sector, speed up its digital transformation and even power the self-driving cars of the future.

But tensions are high after a series of challenges to the auction rules and the fiasco of an Italian spectrum auction last year. Fetching 6.55 billion ($7.4 billion), that sale raised 4 billion ($4.5 billion) more than authorities had expected and left debt-ridden operators short of the funds they need to build 5G networks. Telecom Italia and Vodafone have been forced into a network partnership. Citing tough competitive conditions, Vodafone is also slashing jobs.

Germany certainly has prior form. In 2000, its operators were crippled after spending more than 50 billion ($56.8 billion) on spectrum for emerging 3G services. No one thinks an outlay on 5G spectrum will approach that level, but there has been lots of anxiety about the potential bill. An "Italian job" played out in Germany could -- to quote Michael Caine -- "blow the bloody doors off" the German 5G vehicle.

Not What Germany Needs 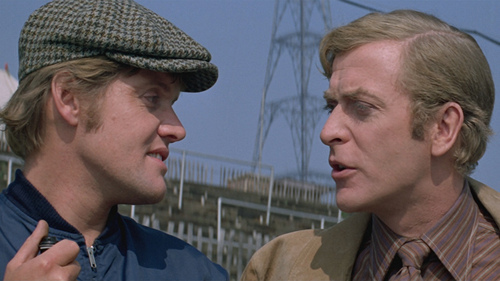 Fears have been exacerbated by stringent rules on 5G coverage. Deutsche Telekom, the German incumbent, plans to cover 99% of Germany's population with a 5G service by 2025, it announced last year. But German regulators will require license winners to hit a 98% coverage target by 2022. A legal challenge by operators to those rules was last week rejected by the Cologne Administrative Court.

Yet however the legal battle develops over licensing rules, a rerun of the Italian job seems unlikely.

The problems with the Italian auction were engineered from the very outset. Whether by design or accident, Italian authorities carved a relatively small platter of spectrum into unequal portions and then made four operators fight over the juiciest parts, driving up prices. Telecom Italia and Vodafone snapped up the two 80MHz allocations in the highly prized 3.7GHz band, forcing Iliad and Wind Tre to settle for the 20MHz leftovers.

Of the final auction fee, 4.35 billion ($4.9 billion) was spent on these mid-band airwaves, or about $0.42 per MHz, per head of population. A mid-band auction that took place in Finland at the same time raised a tenth as much on a per-MHz, per-person basis.

Despite the concerns of Germany's operators over auction rules, there is good reason to think spending will not reach Italian proportions.

For a start, no operator looks guaranteed to exit the process with a meager allocation of spectrum, as was the case in Italy. German regulators are selling 41 blocks of spectrum that add up to 420MHz across the 2GHz and 3.4-3.7GHz bands, and just four companies will bid for these airwaves. In Italy -- ignoring the 26GHz component of the sale -- the same number of bidders were fighting over just 260MHz, sliced unevenly in the 3.7GHz range.

Italy is also a relative outlier in the 5G auctions that have so far taken place in Europe. A Spanish auction of 3.6-3.8GHz spectrum last summer raised only 437.5 million ($497 million), while an Irish 3.6GHz sale two years ago made about 78.2 million ($88.8 million). In each case, the per-MHz, per-person fee is comparable to that in Finland's 5G auction.

More recently, Swiss operators paid 380 million Swiss francs ($380.7 million) for licenses in the 700MHz, 3.5GHz and 1400MHz bands, and Austrian telcos coughed up about 188 million ($213.6 million) for 3.5-3.8GHz airwaves. A per-MHz, per-person fee for mid-band spectrum in Switzerland is unavailable, because regulators have not publicly shared a breakdown of spending in each spectrum band. But Austrian telcos spent just $0.06 per MHz, per person for their 3.5-3.8GHz licenses.

Ignoring Switzerland, the only other real exception to this rule so far is the UK, where a 3.4GHz auction in April 2018 raised more than £1.1 billion ($1.5 billion). As in Italy, that may partly have been a result of releasing a limited amount of spectrum -- some 150MHz -- into a competitive, four-player market. Nevertheless, even in the UK, mid-band fees work out at just $0.15 per MHz, per person, far less than in Italy.

Prices of Mid-Band Spectrum (Per MHz, Per Person, $) 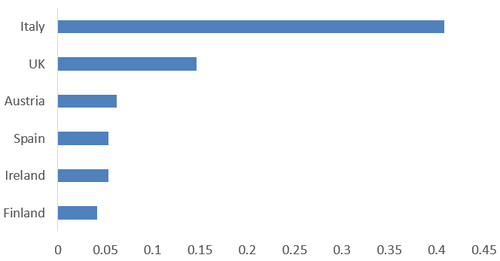 German operators will also be on their guard after witnessing developments south of the Alps. Nobody wants to splurge on a license that authorities might ultimately revoke if coverage requirements are not met.

None of this is an absolute guarantee. One uncertainty is 1&1 Drillisch, a broadband service provider hoping to break into the mobile market as a fourth network operator. Participating alongside Deutsche Telekom, Vodafone and Telefónica, it had submitted offers of more than 20 million ($23 million) for ten spectrum blocks on March 19, the first day of the auction, with overall bids reaching 288 million ($327 million) in the first round, according to a Reuters report. Its determination to bag licenses could drive up auction prices to uncomfortable levels.

If that happens, Germany's 5G prospects could suffer a blow, regardless of the legalities. All three of the big mobile operators are under some degree of financial pressure already. Deutsche Telekom will take on extra debt with the merger of T-Mobile and Sprint in the US (assuming the deal secures regulatory approval). Telefónica is one of Europe's most leveraged incumbents. And Vodafone is cutting jobs and emphasizing the need for more network sharing to cope with 5G deployment.

For just about anyone with a stake in Europe's technological and economic future, these are buttock-clenching moments.