Comment (0)
Not so quiet on the US front
While it prepares for a legal battle over Meng Wanzhou's fate, Huawei is already challenging North American opponents in the law courts. Earlier this week, Meng's defense team sued Canada, where she was arrested in December and is being detained, for civil rights breaches, according to press reports. Moreover, Huawei is due to announce a lawsuit against the US government, alleging its decision to ban federal agencies from using Huawei gear was an abuse of power, according to the New York Times.

Asked bluntly by a Reuters reporter in Brussels why Huawei is suing the US government, executives pleaded ignorance. "I would like to thank the media for keeping me up to date with what is going on," said John Suffolk, a Brit now in charge of Huawei's entire cybersecurity strategy. With Huawei desperate to show it is both transparent and trustworthy -- words used in slide presentations this week -- Suffolk's remarks could backfire if the NYT report turns out to be accurate. Suffolk may understandably have been wary of discussing legal matters, but a "no comment" would have done. Few will believe a top executive was ignorant of a pending US lawsuit. 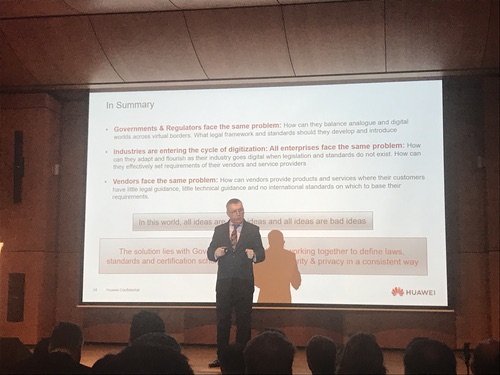 In the current political climate, any legal battles on US soil may bring few victories. The longer-term play is to make Huawei more self-reliant. If it cannot buy the components it needs from US suppliers, it will have to get them elsewhere. The lack of friendly alternatives to US manufacturers could force Huawei to make its own.

Huawei is already far more self-reliant than ZTE. It owns a "fabless" semiconductor company called HiSilicon and in the last few months has cranked out the sort of processors typically associated with US chip giants like Intel, Qualcomm and Nvidia. At a recent event in London, it showed off what it claims is the world's first data center switch powered by artificial intelligence, thanks to its own Ascend 310 and Kunpeng 920 chipsets. It also has an R&D muscle its main network rivals cannot match (although analysts would point out that Huawei is active in many more fields). Yet to publish financial results for 2018, it is likely to have spent at least $15 billion in R&D expenses -- more than Cisco, Ericsson and Nokia combined.

The push to become self-reliant is reflected in its growing stature as a holder of patents and supported by China's efforts to build the legal apparatus around them. In 2008, just 116 of the 2,693 patents filed in Europe for telecom and connectivity technologies belonged to Chinese firms, according to John Strand, a telecom consultant. By 2017, they accounted for 1,478 of 3,717 patents, he says. Today, Huawei claims to hold 87,805 patents in total, next to Ericsson's 49,000. In parallel, Chinese authorities have been taking steps to protect Chinese intellectual property. "China has recently set up some dedicated patent courts and is trying to establish itself as a country where you can litigate," said Pio Suh, the managing director of IPCom, a cellular patents owner and advisory company.

Those numbers do not tell the full story, of course. How many of the patents fall into the so-called "standard-essential" category is unclear, and neither Ericsson nor Huawei has provided further details. "We do not disclose the number of patent applications or granted patents in any other way than as a total," said Ericsson, while Huawei did not respond to requests for information. Asked about its 5G patents position, Ericsson said: "It's much too early to talk about the number of granted patents for 5G. It takes years for patents to be granted and the 5G standard was set only six months ago." 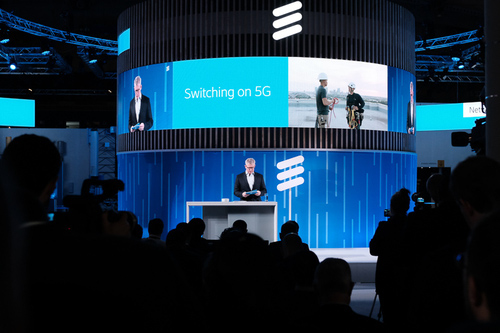 Nevertheless, Chinese vendors had already played a more visible role in 5G standards development than they ever did in 3G, when the design of a home-grown technology was China's priority, according to an industry source who preferred to remain anonymous. This worries US authorities because of 5G's potential importance to economic competitiveness. If 5G connectivity goes into cars, robots, industrial equipment and more, then licensing arrangements may need to involve a multitude of organizations. Arbitration could become a much bigger and more lucrative affair.

The paradox is that a US campaign against Huawei could ultimately produce a more independent and technologically advanced China -- the very thing US hawks fear. But this will not happen without major disruption for Huawei and other companies in the supply chain, and it could result in the balkanization of the telecom equipment market. Worried about the possibility of a US components ban, Nordström likens Huawei to Lehman Brothers, the US bank that collapsed in 2008, bringing others down with it. "The world learned the hard way how integrated the banking system is," he says. "Huawei has its own silicon to a certain extent but it is absolutely dependent on foreign vendors, and those are the same vendors that Ericsson and Nokia are using  I fear a setback for the whole telecom ecosystem that will take a long time to repair."