Bought equipment from a Chinese vendor that now smells funny to security watchdogs? Worried that Xi Jinping's minions are using "backdoors" in your network? Interested in going Nordic after spending years on Chinese fare? Fear not, because substituting non-Chinese equipment for Huawei and ZTE might not have to come at exorbitant cost and with major hassle.

In Europe, service providers have been worried that a Huawei 5G swap-out -- mandated by government authorities bowing to US pressure -- would shred their business plans. Ripping out Huawei's 5G equipment would hinder the rollout of 5G services, they have argued. Worse, the cost of replacing Chinese 4G gear, to guarantee compatibility with 5G products from a non-Chinese vendor, could run to billions of dollars, they insist.

But perhaps not. Several options may be available to operators that want to switch from a Chinese to a non-Chinese vendor in the 5G radio access network (RAN). And while each comes with caveats, and none originates with a fully impartial source, they all merit attention in a market where moving from one supplier to another is still perceived to be far too hard.

The future's O-RAN
Interoperability in telecom networks used to be an arcane topic for the industry's technical professionals. Suddenly, it is at the crux of the Huawei debate. Operators that have relied on Huawei's 4G RAN equipment cannot simply use another vendor in the 5G network, they say, because the two suppliers might be incompatible. At fault is the so-called X2 specification, which supports "baseband" communications between 4G and 5G technologies. This, it turns out, is about as open as Trump's vision of the US-Mexican border. 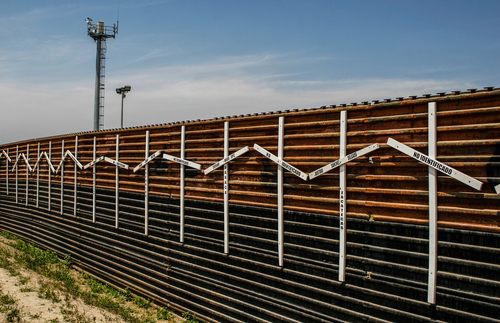 Mobile networks are not as open as standards bodies would have us believe.

Even before Huawei became such a pariah, some of the world's largest operators had clubbed together to find solutions. Through an association called the O-RAN (standing for open RAN) Alliance, which also includes numerous vendors, they are developing alternative specifications that should, in theory, allow them to mix and match RAN suppliers.

Then, last week, Japan's NTT DoCoMo, one of the world's very biggest telcos, unveiled plans to roll out "pre-commercial" 5G services based on the O-RAN Alliance's X2 profile specifications. DoCoMo has been testing baseband equipment from Finland's Nokia in conjunction with radio units provided by Japan's Fujitsu and NEC. So far, there is no indication it will use a different 5G baseband vendor from its 4G supplier. "But they are saying they can do it," says Gabriel Brown, a principal analyst with Heavy Reading. "There is no question at all this is a big statement about O-RAN."

The intention is not to aid a Huawei swap-out, but the technology could possibly help service providers facing that dilemma. If governmental concern is restricted to the 5G network, an operator should be able to keep Chinese vendors in the 4G frame by taking advantage of the O-RAN Alliance's new specifications. It might even avoid the potentially huge cost of replacing Huawei's installed 4G gear.

There are some major caveats. The systems are untested, for one thing. Nor did Huawei develop its 4G RAN equipment with O-RAN Alliance specifications in mind. Indeed, the Chinese vendor remains firmly on the outside of that group, having previously voiced doubts about the performance of equipment based on open RAN technology. Moreover, some authorities may demand that Huawei be excluded entirely, especially if they realize that 5G will at first rely heavily on the underlying 4G network.

The Finnish line
Nokia has been trying to push an alternative workaround that would let any telco introduce a new 5G vendor without ditching Huawei's 4G products. Its solution takes advantage of an emerging radio feature called dynamic spectrum sharing (DSS), which allows spectrum to be moved between different radio technologies as and when needed.

That feature is one that all operators may eventually need as they grapple with emerging bandwidth demands. But introducing it now would provide an interoperability fix, according to Marcus Weldon, Nokia's chief technology officer, who spoke at length on this topic with Light Reading in April. Essentially, the service provider would buy DSS radio equipment from its new 5G vendor and initially run that in 4G mode, using some existing 4G spectrum. This "overlay" would guarantee interoperability between the 4G and 5G systems, says Nokia. And roaming between different vendors' 4G systems would happen at the packet core level, as it always has, explained Weldon.

But if it sounds good in theory, there has been little evidence of it in practice. Weldon acknowledged that Vodafone, Europe's most vociferous telco opponent of the anti-Huawei campaign, is not interested. "I think that they want to more aggressively use their incumbent 4G base as part of the 5G evolution," he said. Other companies have privately dismissed the workaround without providing reasons. Some may simply prefer Huawei.

Next page: Do the Strand

Duh! 9/25/2019 | 11:40:44 AM
Disruptors? Analysis pieces like this one tend to assume that the 5G equipment market consistes of Huawei and the Nordics. What about disruptors like Altiostar, Mavenir and Parallel Wireless? Doesn't the Huawei security flap create a new opportunity for any of them to become a major player?
Reply | Post Message | MESSAGES LIST | START A BOARD
EDUCATIONAL RESOURCES