GE Keeps the Lights on With IoT

GE is looking to use a combination of cloud computing and Internet of Things (IoT) technology to help keep the lights on for several million of its customers across the globe.

On Tuesday, GE Power's Monitoring and Diagnostic Center in Atlanta is completing the second phase of installing the company's own Predix platform for industrial IoT, as well as its Asset Performance Management (APM) software.

Taken together, Predix and the APM software will help monitor 500 power plants that the center is responsible for, and ensure that these facilities stay online -- 24/7 -- through a combination of machine learning algorithms and predictive analytics and maintenance.

"The way we view industrial IoT is that it is all about the asset and we have built a platform that supports that aspect," Eddie Amos, CTO of GE Digital and vice president of industrial applications, told Enterprise Cloud News before the October 3 announcement. 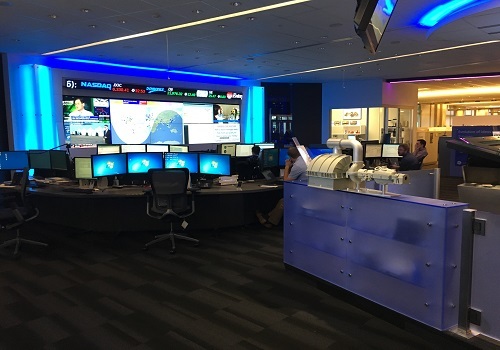 "What's unique in those regards is that we are one of the few industrial companies that design, build and manufacture services and operate equipment, so we have an incredible amount of insight into how all parts of the process work," Amos added.

For the past several years, GE has been moving away from its traditional roots in manufacturing to a company that now creates and deploys its own software. This has led to the development of digital twins -- electronic blueprints and replicas of physical objects -- as well as Predix, the company's platform-as-a-service (PaaS) offering for industrial IoT.

Taken together, these products collect and analyze data from different connected devices and sensors with the goal of predicting when a piece of equipment would fail and directing the maintenance crew to fix it before it breaks. These systems can also ensure the right parts are on hand to fix what is breaking.

"From a machine learning and artificial intelligence standpoint, we have the data, we have the content, we can come back and do new and interesting things that other companies simply can't," Amos said.

Specifically, it's where Amos thinks GE has a significant advantage over tech firms that are starting to expand into cloud, IoT and analytics, such as Oracle .(See Oracle Adds Machine Learning, AI to IoT Cloud.)

While GE offers Predix and APM to outside customers, the company is also making use of its software throughout its own vast infrastructure. The Atlanta facility is run by GE Power, and had the choice of using a different management platform but decided to go with the in-house option. "Selling to internal GE can be harder than selling to other parts of the world," Amos quipped.

The Atlanta Monitoring and Diagnostic Center can be viewed as one large IoT experiment in action.

Employees monitor about 500 different power plants across the world.

Each day, the center receives about 12 billion data points from over 1 million sensors deployed across 5,000 pieces of equipment. In some emerging markets and developing countries, electricity can go out for 15 days each month, and the Predix and APM software is capable of reducing that downtime by separating false alarms from true emergencies, as well as predicting when a particular piece of equipment will fail weeks before it does, Amos explained.

"We have access to the operational data, the design data and the failure codes and we can look to predict when something is going to break days or weeks before it happens," Amos said.

The buildout of Predix within the Atlanta center started about ten months ago and the second phase of that project will be completed on Tuesday, with a final rollout scheduled for later in the fourth quarter.

In addition, GE's Atlanta center has moved all its IT infrastructure to the public cloud. Predix works with public and private clouds, as well as traditional, on-premises data centers and infrastructure. While Amos could not name the specific cloud provider GE is using for the facility, he noted it was "one of the two based near Seattle."

kq4ym 10/15/2017 | 11:49:52 AM
Re: cloud GE, this past week posted five videos for it's "DroneWeek" feature on it's YouTube channel (/GE) showing off it's sensors, sustainable energy, and cool drone video of it's projects around the world, including San Diego's street light sensors.
Reply | Post Message | MESSAGES LIST | START A BOARD

Ariella 10/4/2017 | 2:46:59 PM
Re: Wondering when GE will try to help PR? @mhhf1ve boats incur their own insurance, and during the storm, boats were likely quite damaged. We saw some that had washed up all the way to some people's front yard.
Reply | Post Message | MESSAGES LIST | START A BOARD

mhhfive 10/4/2017 | 2:21:31 PM
Re: Wondering when GE will try to help PR? Sure, insurance should pay for property to be... replaced, but not necessarily for the exact same location. Or maybe build floating boat-houses for next time..? :P

Ariella 10/4/2017 | 2:05:01 PM
Re: Wondering when GE will try to help PR? @mhhf1e the genral rule for insurance is that it has to pay for the policy owner to rebuild. There is an exception on Fire Island, though. The rule there is that any home damaged by weather is not to be rebuilt. But the guide of the tour who told us that indicated that some people rebuild regardless of the law. They may have been more lenient after Sandy.

New York state has regulations about who can rebuild in some designated coastal erosion zones, although an official with the town of Brookhaven, which oversees some of the westernmost communities of the island's 17 hamlets and villages, said special variances could be issued in some cases to allow rebuilding in those zones.

But there are still issues with building up dunes by taking away people's property. That's discussed here and here:
Reply | Post Message | MESSAGES LIST | START A BOARD

Well, unless you have some kind of insurance with strange incentives....

The National Flood Insurance Program (NFIP) seems to keep paying people to re-build homes right where they're going to be destroyed again (and again). Hopefully, we'll avoid this trap with PR and in other locations where hurricanes are likely to visit in the future.
Reply | Post Message | MESSAGES LIST | START A BOARD

Ariella 10/3/2017 | 2:58:19 PM
Re: Wondering when GE will try to help PR? @mhhf1ve That would certainly add to the challenge -- the weatherproofing. Certainly, it should be taken into acount. After Sandy, in my own area, some people had their homes raised some 5-10 feet  likely because their blocks had been flooded. Even houses that didn't go that far put their airconditioning unit higher up rather than flat on the ground. I suppose, once burned, twice shy applies to water damage, too.
Reply | Post Message | MESSAGES LIST | START A BOARD

mhhfive 10/3/2017 | 2:50:58 PM
Re: Wondering when GE will try to help PR? Absolutely right. I'd have to think that re-building the electrical grid in PR would be a great proving ground for solar and mixed-use energy resources. (And on top of that, it's a fairly small population to test out IoT tech and work out any kinks..?)

Plus, anything built now in PR would have to be designed with future hurricane seasons in mind, and so things will have to be nearly bullet-proof for extreme weather and other damage. That's exactly the kind of next-gen IoT requirements any city will want to have as well, even if they're not in a hurricane zone.
Reply | Post Message | MESSAGES LIST | START A BOARD

mhhfive 10/3/2017 | 2:38:04 PM
Wondering when GE will try to help PR? Tesla has donated some of its batteries to help out the dire situation in Puerto Rico after the hurricane... so I wonder if GE will also try to help re-build PR with IoT-enabled infrastructure as the island recovers?

It would be a good PR move (no pun intended).
Reply | Post Message | MESSAGES LIST | START A BOARD