A10 Takes Aim at Kubernetes Analytics

A10 is targeting containers with its A10 Ingress Controller for Kubernetes, providing load-balancing and analytics for cloud-native apps.

The A10 Networks Inc. Ingress Controller is designed to make it easy for application teams building microservices and container-based applications to provide load balancing and comprehensive application visibility and analytics. The software's containerized load balancer, A10 Lightning ADC, scales up and down automatically with the Kubernetes cluster, the company said.

The software collects application metrics to allow operations teams to troubleshoot faster, manage capacity planning and detect performance and security anomalies. Analytics data is displayed on the A10 Harmony portal, or through APIs to other orchestration software, A10 says. 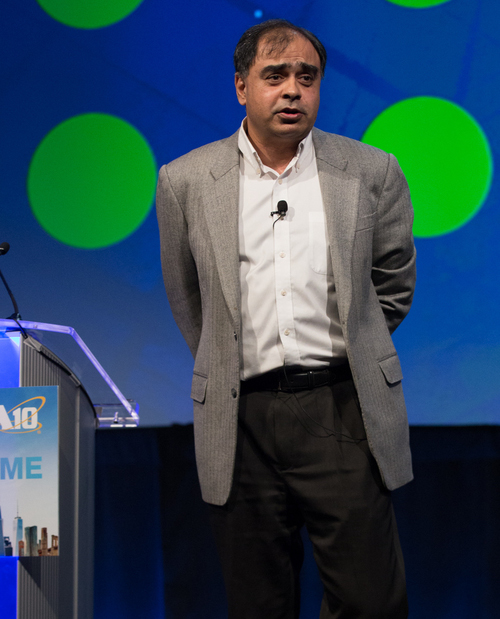 A10's Kamal Anand
Now entering its fifth year, the 2020 Vision Executive Summit is an exclusive meeting of global CSP executives focused on navigating the disruptive forces at work in telecom today. Join us in Lisbon on December 4-6 to meet with fellow experts as we define the future of next-gen communications and how to make it profitable.

The software can run anywhere Kubernetes is deployed, including public clouds such as Amazon Web Services, Microsoft Azure and Google Compute Engine, as well as private clouds running VMware and bare metal infrastructure.

F5 Networks Inc. (Nasdaq: FFIV) is the big kahuna in the application delivery controller market, leading the market. A10, which was a finalist in the 2018 Leading Lights awards for Most Innovative Security Strategy, claims better analytics, as well as security services such as SSL and DDOS protection. (See Leading Lights 2018 Finalists: Most Innovative Security Strategy.)

"The market is largely traditional applications, but more and more folks are building microservices applications built into containers. Having a container load balancer that understands Docker and provides container integration gives us an advantage," Anand says.

A10's customers are primarily service providers and cable operators, as well as high-end application specialists focused on the likes of gaming and social media. The company has more recently been pursuing customers in the Fortune 500, which has been dominated by F5. These markets require management tools, elasticity and ease of use, Anand says. "Just going in and saying 'I have better speeds and feeds' doesn't do it," he says.