Serverless computing is still a new concept in the era of cloud computing, but a new research paper finds that this aspect of the cloud could save enterprises money, even compared to virtual machines and containers.

451 Research looked at serverless computing products from the four biggest public cloud providers -- Amazon Web Services, Google, Microsoft and IBM -- and found that the technology offered a lower total cost of ownership (TCO) compared with VMs and containers, which have been around longer and are more established within the enterprise. (See Containers Vs. VMs: Where Should IT Pros Puts Their Money?.)

Overall, IBM offered the least expensive offering, although Microsoft scored well on certain configurations, according to the June 29 report.

The serverless part comes courtesy of the software that automatically manages resources -- memory, storage and VMs -- and spins up those resources as needed, as well as winds them down depending on the demand. The advantage here is that the technology allows developers to focus on application behavior. 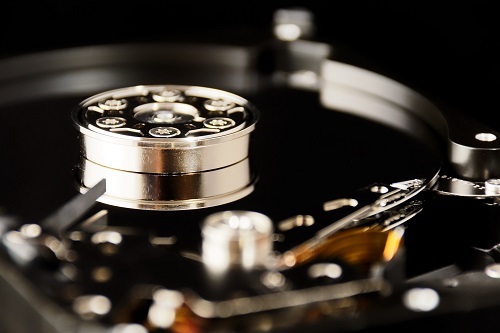 This is where the savings come from, according to 451 Research. Since there is no need for developers to provision, configure or manage the infrastructure to create applications, an enterprise can save money over the course of time.

"When a serverless function is active for just three quarters of the month, it only takes a 10-minute saving in operational overhead for serverless to beat virtual machines on TCO. Even without the savings in developer time, the ability of serverless to increase utilization means it is cheaper than using VMs when the code is executed fewer than 500,000 times each month," according to the survey.

Serverless computing first came to wider attention in 2014, when AWS released its Lambda product. Google, IBM and Microsoft all followed with their own offerings.

Serverless -- or functions-as-a-service (FaaS) -- is increasing in popularity, with about 37% of IT shops using some version of the technology, according to 451 Research's "2016 Voice of the Enterprise (VotE): Cloud Transformation, Workloads and Key Projects" report.

"Serverless is more than just hype; it has the potential to transform the way we develop, build and run applications in the cloud. Understanding the economics of serverless technology is vital to understanding its potential to disrupt the industry," Owen Rogers, a research director at 451 Research, wrote in the report.

Mitch Wagner 7/7/2017 | 2:32:52 PM
Re: Makes sense Good point, danielcawrey. SOMEBODY'S got to deal with those server issues. This is particularly an issue with private cloud, where the cloud provider and customer are the same company.
Reply | Post Message | MESSAGES LIST | START A BOARD

mhhfive 7/6/2017 | 3:02:56 PM
Re: Makes sense The freemium model works if you do it right. Giving away products for free, but then charging when users get hooked... it just works for subscription services.

Ariella 7/6/2017 | 2:31:41 PM
Re: Makes sense @mhhf1ve It's certainly a winning strategy for AWS. It is still the market leader. I also noticed that quite a number of the data science students whose blogs I've read run their projects in AWS.
Reply | Post Message | MESSAGES LIST | START A BOARD

Yup. This is exactly how Google's datacenter operates internally, I've heard. Google engineers who don't work on the datacenter stuff -- don't have to worry at all about the resources they need to run their apps or to develop anything they want to try out... they just do it. And it also allows them to pursue their 20% time projects with lower overhead.

It's also lead to the popularity of AWS -- since Amazon gives away free time on AWS for developers to try out how it works.. hooking developers into Amazon's systems.
Reply | Post Message | MESSAGES LIST | START A BOARD

Yes, from the customer's standpoint serverless leads to a simplified infrastructure. But that doesn't mean the vendor doesn't have to contend with an array of issues. We'll see how the marketing for this service progresses.
Reply | Post Message | MESSAGES LIST | START A BOARD

Mitch Wagner 7/5/2017 | 3:09:06 PM
Makes sense The more time you can save developers on fussing with infrastructure, the more productive -- as opposed to busy -- they become.
Reply | Post Message | MESSAGES LIST | START A BOARD

mhhfive 7/5/2017 | 12:58:10 PM
More abstractions from bare metal...? It's interesting that the trend seems to point to further and further abstractions from the underlying hardware. I wonder if that's because there hasn't been as much hardware improvement -- and the Moore's law curve is starting to "fail" as physical limits are reached for silicon.