"It's a tool for lifecycle management of infrastructure software. It can start with bare metal, and build everything up to orchestration," Wheelus says. Airship automates provisioning, compute and storage assets, including the operating system, OpenStack and other containerized software.

AT&T uses Airship as a valuable infrastructure component of its Network Cloud, on which it has deployed its 5G packet core to support this year's ambitious 5G rollout schedule. AT&T's Network Cloud will comprise hundreds of locations at the network edge, Wheelus says. 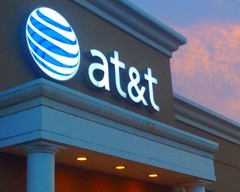 Airship is an update to the tools AT&T uses to deploy their previous versions of cloud, which were too slow for 5G requirements, Wheelus says. "Today in AT&T Integrated Cloud" -- AT&T's predecessor to the Network Cloud -- I cannot do an upgrade without impacting my tenants," she says. Software upgrades take a couple of weeks with the AT&T Integrated Cloud, but only 6 hours with Airship. "And we're looking to reduce that time even more," Wheelus adds.

AT&T has been able to roll out its 5G architecture and network cloud in less than nine months, with the aid of open source software including Airship, as well as close collaboration between developer and operations teams, Wheelus says. The 5G packet core is the first use case -- Wheelus calls it a "tenant" -- on the network cloud, and AT&T is adding more use cases

Airship consolidates multiple software delivery mechanisms for AT&T. "In my previous version of cloud, I had to have different software delivery mechanisms if it was a greenfield or brownfield site, if it was small or medium or large. We wanted a single workflow whether it's a brownfield or greenfield, whether it's pushing out the next unit of capacity or pushing out an upgrade, it's the same workflow, it operates the same way," Wheelus says.

In Airship, configuration information is stored in a single YAML document -- a simplified, human-readable configuration file -- generated by an operations team. YAML support is an alternative to having to give the team command line access to make changes in the operating code itself, a process which was slower and more prone to error.

Compared with previous versions, Airship 1.0 delivers a wide range of enhancements to security, resiliency, continues integration and documentation, as well as upgrades to the platform, deployment and tooling features, the OpenStack Foundation says. Airship is designed to deliver production-grade Kubernetes clusters.

The OpenStack Foundation touts Airship's "rapid progress," after launching as a pilot project in May 2018, supported by the foundation, with initial code contributed by AT&T, Intel and SKT. In addition to AT&T, Airship is in production in SKT.

AT&T Communications CEO John Donovan mandated two years ago that the company would be first to launch mobile, standards-based 5G last year, according to a post scheduled to go live on the AT&T website Monday. That required building infrastructure, network and radio functions in parallel. AT&T's 5G network, based on the Network Cloud platform, is live in 19 cities today, with a goal of nationwide coverage by early 2020, AT&T says.