Microsoft: 5G's Killer App 'Is Staring Telcos in the Face'

Microsoft sees the primary business benefit of 5G for telcos as obvious -- so obvious, it's often overlooked, says Rick Lievano, Microsoft worldwide director of industry technology strategy. And that application will be key to turning Microsoft into a strategic vendor for telco cloudification, he says.

"5G will become the air that we breathe. Connectivity will be pervasive," Lievano says. "When you click that machine on, connectivity should be present, whether you're at home, or in the office, or at your local Starbucks. You shouldn't have to fumble along and find the WiFi hotspot. It should be there."

According to Lievano, enterprises will invest in 5G rather than building out and maintaining WiFi networks. And 5G will also potentially replace copper.

"We call this vision 'always connected,'" Lievano says. "It is going to drive an immense amount of growth in revenue for our operator partners."

We talked with Lievano at Mobile World Congress in Barcelona in late February, where Microsoft had a medium-sized booth, after being absent the previous year -- a sign, Lievano notes, that Microsoft is stepping up its commitment to operators.

Microsoft also chose Mobile World Congress as the stage from which to announce the second generation of its HoloLens augmented reality headset for industrial and business applications, in a presentation featuring CEO Satya Nadella. 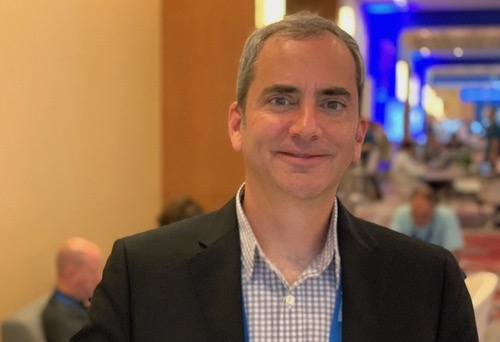 For all its science fiction flashiness, HoloLens aligns with a key principle of Microsoft's telco strategy: increasing demand for bandwidth.

Also, Microsoft is optimizing devices for 5G. Its own devices are built with LTE Advanced radios and will support 5G connectivity, and it also writes that support into blueprints it provides OEM partners such as Dell and Lenovo. "That's step one -- ensure the capabilities are baked into the hardware," Lievano says.

The cloud, such as Microsoft's own Office 365, is a major demand driver for wireless services, Lievano says. "Why does an enterprise even need a private network anymore when most of its connectivity and work is in the public cloud?" Lievano says. Microsoft plans to set an example by migrating its own campuses to mobile networks in lieu of WiFi.

Microsoft's view -- that the enterprise network is becoming obsolete -- certainly isn't popular. Not even among telcos. In particular, managed WiFi for enterprises is a strong focus for both communications service providers and vendors.

For example, Cisco CEO Chuck Robbins said during a Mobile World Congress keynote that WiFi will continue to be a focus for enterprises, particularly WiFi 6, even as organizations also migrate to 5G. AT&T cut a deal to offload traffic onto Boingo wireless networks. Masergy recently launched a managed WiFi service., and managed WiFi is strategic to Cisco, Arista and Hewlett Packard Enterprise. Juniper forked out $405 million to acquire Mist, a company providing managed WiFi service.

On the other hand, Qualcomm agrees with Microsoft, and sees 5G as a potential WiFi killer.

Next page: Microsoft's telco strategy is more than just talk