Huawei Founder Ren Zhengfei is said to have warned the Chinese vendor's staff of possible retrenchment and job losses caused by the backlash against the firm in the US and other international markets.

In an email sent to employees and seen by the UK's Financial Times newspaper (subscription required), Ren said: "In the coming years, the overall situation will probably not be as bright as imagined, we have to prepare for times of hardship  We also need to give up some mediocre employees and lower labor expenses." 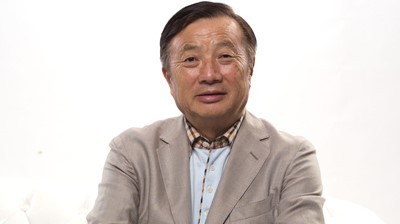 Founder Ren Zhengfei has warned Huawei staff they should "prepare for times of hardship."

His warning comes as Huawei Technologies Co. Ltd. fights challenges on several fronts that could weaken its outlook in the years ahead.

Several governments and operators have taken steps to ban or exclude Huawei from parts of their networks out of apparent concern that Chinese authorities might use Huawei's equipment to spy on other countries or disrupt critical services. (See Where Huawei Fears to Tread.)

That concern has been fueled by the hype surrounding 5G technology: Proponents say it will be used to connect all sorts of industrial and consumer devices, including mission-critical equipment, which means any security breach or service disruption could be devastating.

US authorities are also pursuing legal action against the Chinese vendor, arguing that it covered up links to Skycom -- an equipment vendor that did business in Iran -- and breached US trade sanctions. (See How the West Can Hurt Huawei.) Meng Wanzhou, Huawei's chief financial officer and Ren's daughter, was arrested in Canada last month and is currently awaiting extradition to the US on fraud charges. (See Block Huawei at Your Peril, China Threatens Canada  Report.)

Press reports suggest the US could also seek to ban Huawei from buying the US components used in network products and consumer devices. Earlier this year, a similar ban on ZTE, Huawei's smaller Chinese rival, almost drove it out of business. (See Amid the rubble of L'Aquila, ZTE tries to rebuild.)

Huawei currently employs more than 180,000 people, according to Ren's update, and its recent annual reports suggest it has continued to grow its headcount while European rivals Ericsson AB (Nasdaq: ERIC) and Nokia Corp. (NYSE: NOK) have been forced to lay off staff.

Staff costs and dividends at Huawei amount to roughly $30 billion annually, according to Ren's update.

Moreover, while the UK's BT Group plc (NYSE: BT; London: BTA) and Japan's SoftBank Corp. are apparently removing some Huawei equipment from their networks, there is little sign that other existing customers are severing ties with the Chinese company. (See Huawei Cut Out of BT's Mobile Core, Optical & Edge Plans and Japan Next in Line to Block Huawei, ZTE.)

During a recent briefing with reporters at Huawei's headquarters in Shenzhen, Ren said Huawei had signed 30 5G contracts and shipped 25,000 5G basestations. That appears to mark a significant increase on the 22 5G deals it claimed in November last year. (See Huawei Founder Fails to Put Minds at Rest.)

Numerous telcos hold the company's technology in high regard, and there have even been suggestions that Huawei remains some way ahead of Ericsson and Nokia in 5G development. (See BT's McRae: Huawei Is 'the Only True 5G Supplier Right Now'.)

Addressing reporters, Ren said Huawei would not seek to capitalize on the shortcomings of its Western rivals. "We will not take advantage of the difficulties that our peers like Ericsson and Nokia are facing, in order to seize their market shares," he said.