Amid the rubble of L'Aquila, ZTE tries to rebuild

L'AQUILA -- Struck by a devastating earthquake in 2009, the Italian city of L'Aquila has still not fully recovered. Construction cranes tower above the ravaged historic buildings of the city center. Houses on the worst-hit streets are either crumbling like ricotta cheese or caged in scaffolding. It is an apt setting for this year's get-together between ZTE and its European wireless customers. Rocked to its foundations by US penalties, the Chinese equipment vendor is also rebuilding after its business nearly collapsed. 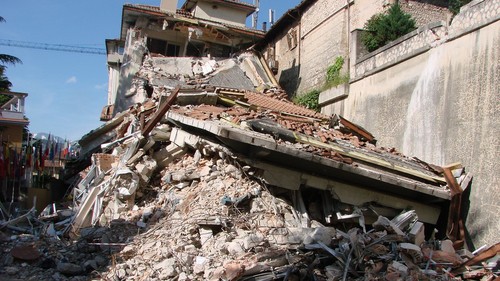 Much of L'Aquila was in ruins after the 2009 earthquake.

Its own earthquake is fresher in the memory than L'Aquila's. The shocks began in 2017 when US authorities charged ZTE Corp. (Shenzhen: 000063; Hong Kong: 0763) with selling US technology to Iran and North Korea, in breach of sanctions. After ZTE paid a fine of nearly $1 billion, which decimated profits for the 2016 fiscal year, the market hoped its troubles were over -- until new allegations surfaced in early 2018. ZTE had lied, said the US. Executives it was supposed to have sacked were still at the company. Corporate governance had not improved. (See ZTE in Existential Crisis as It Slams 'Unfair' US Ban, Considers 'Judicial Measures'.) 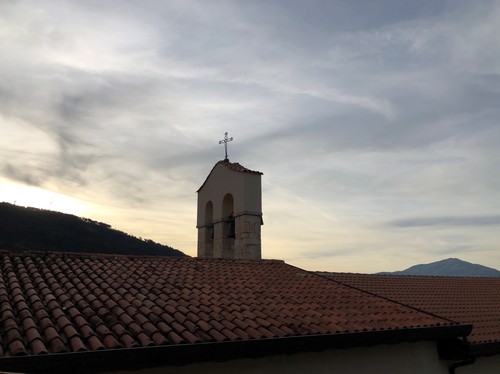 A church spire stands over the town of L'Aquila in central Italy.

This time, the penalty was far more severe. Banned from acquiring the US components needed for most of its products, ZTE was forced to cease operations for several weeks. That almost drove it out of business. Only after ZTE agreed to pay another $1 billion fine, replace its senior management team and be closely monitored by regulators was it allowed to resume trading. This year, it expects to rack up a $1 billion loss. (See ZTE Back in the Game, Seeking Trust & 5G Deals.)

Customers are unsettled, to say the least. One executive told Light Reading there is a "plan B in the back pocket" should ZTE fall short of its obligations. A pressing concern is the current security backlash against Chinese vendors by governments in the West. Since 2012, US authorities have been apparently worried the Chinese government could spy on American citizens and organizations through networks built by ZTE and larger Chinese rival Huawei. Australia has more recently banned the Chinese vendors from selling 5G equipment. Canada is seemingly under US pressure to follow suit. Both Germany and the UK may also be tightening the screw, according to recent press reports. (See UK Govt Warns Telcos on Choice of 5G Vendors, Australia Excludes Huawei, ZTE From 5G Rollouts, US Senators Urge Canada to Ban Huawei  Report and Huawei, ZTE Charm Offensive Just Got Harder.)

Perhaps the real surprise, then, is that more ZTE customers have not already defected. ZTE's expectations of a $1 billion loss this year are based on what happened in the first half. For the recent third quarter, it actually managed a small net profit of about $81 million. Sales fell just 14%, to around $2.8 billion, compared with the year-earlier period -- a far shallower drop than one might have expected. (See China's ZTE Expects $1B Loss This Year After US Sanctions.) 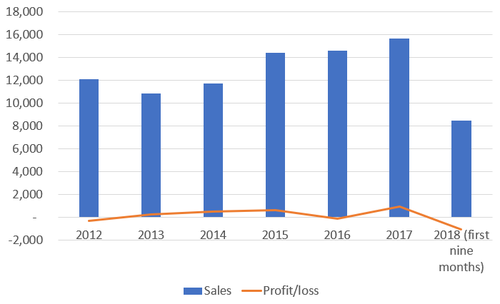 Source: ZTE. Note: All currency conversions are at today's rate.

That some customers are loath to replace ZTE is understandable. Dropping one vendor for another is "absolutely not" easy, according to our "plan B" executive. "That is the worst-case scenario and why we follow this really closely," he said. After years of consolidation in the equipment market, the last thing operators want is the disappearance of a low-cost challenger still admired for its technological prowess. Small operators are likely to view ZTE as a necessary counterweight to the major forces of Ericsson AB (Nasdaq: ERIC), Huawei Technologies Co. Ltd. and Nokia Corp. (NYSE: NOK).

Nevertheless, ZTE's problems might spur some customers to abandon their "single vendor" strategies and introduce a second supplier as an alternative. Blaming ZTE's suspension of business activities for delays to a major network project, Italy's Wind Tre has done just that, snatching some work from ZTE and handing it to Ericsson. "Wind Tre  has given notice to ZTE Italia of a partial termination and de-scoping of its activities under their RAN [radio access network] agreement with Wind Tre," said the operator in its earnings report for the second quarter. (See ZTE ban and Iliad entry blow Wind Tre of course.)

But the multivendor approach is impractical in the smallest markets, a source tells Light Reading. This seems to explain why a company such as SWAN Mobile, the fourth mobile operator in Slovakia, relies solely on ZTE for its core and 1800MHz-based radio access networks. "Cooperation with ZTE helps us to save costs and we don't have to deal with multiple vendor networks," Patrick Kollaroci, the operator's chief technology officer, was overheard saying at ZTE's L'Aquila event.

Right now, ZTE is bending over backward to support existing customers. Appreciating Wind Tre's dilemma, it even helped the operator to introduce Ericsson as a second supplier, says Ming Xiao, the vendor's youthful president of global sales. The tone he struck during the L'Aquila event was overwhelmingly one of contrition. "Without your understanding and support, ZTE wouldn't have the chance to stand here and to have this event," he told customers during a morning presentation. "Most of you are my friends and I hope this friendship will continue for many decades."

On the sidelines of the event, Ming Xiao acknowledged that customers had voiced concern after what he frankly describes as the "crisis." Yet the majority have retained ZTE in their footprints, he said -- an assertion that ZTE's recent financial recovery seems to bear out.

Next page: Bouncing back?