In that role, Kanouff will serve as an advisor and, in some instances, on the board of an expanding array of startups in which JC2 Ventures invests. JC2 Ventures lists more than a dozen startups in its portfolio in areas such as artificial intelligence, machine learning, IoT, cybersecurity, social media (and edible insects), and expects to tack on more to that list in the weeks and months to come.

Kanouff is already on the board of one of those companies, Sprinklr, a social media tech startup that works with large companies such as Nike and McDonald's, as well as ASAPP, a young enterprise AI firm that has is gaining traction with several big companies. 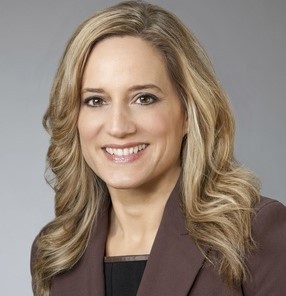 As partner and CTO of JC2 Ventures, the former Cisco exec will advise and provide engineering expertise to several startups in the AI, cybersecurity, social media and IoT arenas.

Kanouff said she's excited about role at JC2 Ventures because it is focused on the "forward-looking stage" of multiple industries, but noted that she will also continue to be involved in 5G- and IoT-facing aspects of the telecom industry she was so closely associated with while at Cisco.

Kanouff joins JC2 Ventures about a year after announcing she was leaving Cisco, where she headed the company's service provider business. She exited there as Cisco moved to divest its video software business to private equity firm Permira, which later relaunched that acquired business as Synamedia.

At the time, Kanouff, an exec also late of Cablevision Systems (now Altice USA), SeaChange International and Time Warner Cable (now part of Charter), said she was departing to start her "third career chapter" and aim to "make an impact on boards and nurturing new industries and technologies."

It appears she'll have that opportunity at JC2 Ventures, which is investing more than $100 million worldwide, with a particular emphasis on startups based in the US, France and India.

Chambers, the former chairman and CEO of Cisco, believes that Kanouff, the fourth person to join JC2 Ventures, can play a key role there because she understands how technology can change industries. She can also mentor young companies and help them tackle problems that tend to be uniform among startups, he added.

"And she can make stuff happen  fix problems or deliver on business outcomes," said Chambers, the CEO of JC2 Ventures who continues to serve as Chairman Emeritus at Cisco. "She can teach others to do that like no one else I've ever seen."

A different kind of VC
But rather than serving as a traditional VC, JC2 Ventures plans to coach startups and serve as "more of a strategic partner for these companies," Chambers said, noting that JC2 Ventures will align with other VCs as their operational partner and form strategic relationships with channel partners in the industries being targeted.

JC2 Ventures is focused on startups in markets that will help to generate jobs to offset positions that evaporate as companies digitize and automate their operations, said Chambers, who is also chairman of the US-India Strategic Partnership Forum and was recently appointed Global Ambassador of the French Tech by France President Emmanuel Macron.

"With the world of digitization, AI, machine learning ... we are going to destroy a huge number of jobs," said Chambers, who sees those technologies impacting between 10% to 40% of the workforce. "It's going to be dramatic."

In her new role, Kanouff will be tasked with helping JC2 Ventures meet its goal of creating the number one or number two player in each market segment it is focused on, and to catch markets that essentially are in transition.

"You don't compete against competitors. You focus on a market transition that you think is going to change an industry segment," Chambers said, adding that Cisco's game plan has long been about partnering or acquiring top players in markets such as switching, security and video. "Except this time we're going to invest in the number 1 or 2 startup in that market, whose CEO has a chance to lead them."

Chambers said JC2 Ventures will measure its success in part by headcount growth, targeting something on the order of a 50% rise per year.

Introduced in January 2018, JC2 Ventures is also entering the picture as large companies began to forge tighter relationships with startups. On that point, Chambers referenced a joint venture called SkyGrid between Boeing and SparkCognition, a startup backed by JC2 Ventures that specializes in AI and blockchain technology.