For Huawei, US Purgatory Is the New Norm

In a move that leaves multiple US technology developers languishing in a state of business uncertainty, the Bureau of Industry and Security (BIS) of the US Department of Commerce has extended the Temporary General License (TGL) conditions that allow "specific, limited engagements" between tech firms and Huawei for another 90 days.

"Go and stand in the corner and we'll deal with you later" appears to be the main message for the Chinese vendor giant and, by association, its US suppliers: The authorities want to be seen to be coming down hard on Huawei, yet realize that in doing so there is a very real negative impact on the US technology sector.

Huawei was added to the Entity List of companies that are deemed a security risk in May this year, leading to a significant impact on the supply of technology by US firms to the Chinese company, which has since been working hard to set up alternative supply chain arrangements.

The Chinese vendor is trying to be cool about the situation, but failing.

"Extending the Temporary General License won't have a substantial impact on Huawei's business either way," noted the vendor (unconvincingly) in a statement issued to the media, before losing its blob by adding that the "decision does not change the fact that Huawei continues to be treated unfairly either. We have long held that the decision by the US Department of Commerce to add Huawei to the Entity List has caused more harm to the US than to Huawei. This has done significant economic harm to the American companies with which Huawei does business and has already disrupted collaboration and undermined the mutual trust on which the global supply chain depends. We call on the US government to put an end to this unjust treatment and remove Huawei from the Entity List." 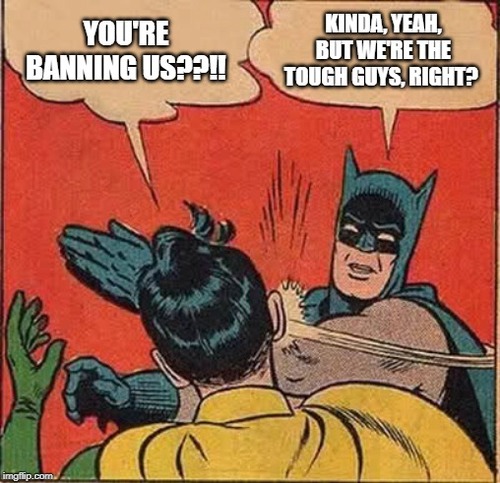 Huawei, it's worth noting, did not address any of the claims by the US authorities that it violated the International Emergency Economic Powers Act (IEEPA) by engaging in business with Iran and has been obstructing efforts to investigate its global activities. It's a tangled web

In the meantime, Huawei continues to engage in significant business around the world while a number of US technology firms continue to have their business opportunities curtailed. At the same time, the US and China continue their trade standoff, to the detriment of the global economy, and the mythical 5G crown that President Trump so wants the US to wear fails to materialize. Historians will have a field day with this mess.

As Light Reading has pointed out previously, all of this is unlikely to end well for long-term US business interests, but those involved in the current shenanigans (on all sides) are unlikely to be around to have to clean up the mess.