In the not-too-distant future, when the autonomous car has become a regular feature of the cityscape, governments are likely to ban driving by humans as a reckless or unnecessarily risky activity.

It may take longer to rid the telecom organization of people, and there is no reason to expect an outright ban on the network engineer or customer services assistant. But telecom jobs are disappearing at a breakneck rate. Expressions like "zero touch" and even "self-driving network" are now dangled before the industry to describe a utopia where networks powered by artificial intelligence (AI) can run themselves, safe from our grubby, interfering hands. (See Efficiency Drive by Major Telcos Has Claimed 74K Jobs Since 2015.)

Rise of the Machines 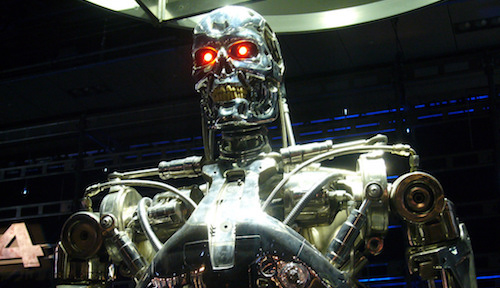 Software robots and AI systems will terminate thousands of jobs in the telecom sector in the next few years.

The evolution of telcos into utilities performing an escalating number of routine chores makes them ripe for automation, even if it takes many years. Any efforts by operators to avoid becoming "dumb pipes" have been largely futile. More than ever before, they are conduits for the services other companies provide -- TV from Netflix, voice from Microsoft-owned Skype, messaging from Facebook's WhatsApp. "They are heading in the utility direction and nothing in the world will stop that," says Bengt Nordström, the CEO of the Northstream consulting business.

Indeed, far from countering this trend, investments in software and virtualization will probably make the telco a more efficient dumb pipe. Operators talk about using virtualization in 5G, for example, to provide different service characteristics over the same physical network. Essentially, this "slicing" is an alternative to costlier investment in several physical networks, each designed for a specific need. By making a service launch less expensive, time-consuming and risky, a virtual network might create the conditions in which true innovation can thrive. But it will not provide the spark that innovation needs.

Software and virtualization will also enable companies to compete more vigorously in communications markets where they do not own infrastructure. This development can already be seen in the enterprise sector. Added to regulatory and economic pressure, it could ultimately drive more countries toward the "neutral-host" approach -- a single physical network supporting a multitude of service providers. These neutral-host networks will be the apogee of the dumb pipe. (See Trump's 5G Plan Is Not as Bonkers as They Say.)

Fully automating such a network should be more feasible than taking manual processes out of a creative business. What's more, efficiency will be of paramount importance for that network and its tenants if the commercial arrangements are to work, giving investors more incentive to use automation in the most extreme way possible. "There is a huge opportunity for cost cutting and efficiency gains. In an ideal world, you should not need so many staff to manage operator networks," says Nordström. A lightly staffed dumb pipe powered by an economical but sophisticated AI will look more desirable than ever.

That belongs to the realm of science fiction, of course. AI is not poised to assume control over telecom networks any more than cyborgs are to replace the army. But a long-term future that grants humans a significant role in the operation of a utility is almost inconceivable. And just as the military gets ready for the robot wars to come, so operators are taking baby steps in the brave new world of AI.

moi qatar 3/22/2020 | 1:17:04 AM
Re: Cyborg comparison nice Post here ALSO an other blog where you can check these all the features and updates fully and correctly about this one. Read aboout more r
Reply | Post Message | MESSAGES LIST | START A BOARD

nortonsetup90 9/27/2019 | 4:34:10 AM
norton.com/setup Norton setup Antivirus is an anti-malware and antivirus software. It was distributed and developed by Symantec Corporation since 1991 as part of Norton security products. Norton antivirus is the best security software in the market. If you face any issue related virus, threats and malware Then go to our official website. we are trying to resolve your problem instantly.
Reply | Post Message | MESSAGES LIST | START A BOARD

harryjones01 9/25/2019 | 7:05:20 AM
Mcafee activate McAfee activate antivirus protects your computers against viruses and malicious programs. In order to stop the unauthorized distribution of its software, all McAfee setup is activated by using a unique key.   Once you activated your McAfee product, you can download updates or reinstall your product from the official website .
Reply | Post Message | MESSAGES LIST | START A BOARD

Michelle 5/1/2018 | 1:45:13 PM
Re: Cyborg comparison I believe it! InfoSec is really interesting, but is probably a bit boring too (see, needs rebranding).
Reply | Post Message | MESSAGES LIST | START A BOARD

Michelle 4/15/2018 | 7:40:13 PM
Re: Cyborg comparison Indeed. Telecom is less exciting than cars that can drive themselves. Maybe a re-branding initiative is needed to help frame the neat things that can be done in telecom in order to attract talent.
Reply | Post Message | MESSAGES LIST | START A BOARD

Joe Stanganelli 3/22/2018 | 11:20:34 AM
Cyborg comparison > AI is not poised to assume control over telecom networks any more than cyborgs are to replace the army.

I dunno. DARPA is working on exactly that latter bit -- and they've already made some very significant headway in both prosthetics and exoskeleton suits.

That said, AI's role in telecom networks is far more behind. Everybody is lauding the power of SD-WAN in what can be said to be its infancy, but there's a LONG way to go to the SON (self-organized network). Everyone I talk to about SONs is excited by the prospect, and no one I talk to thinks we're particularly close to that vision.

Maybe 5-10 years from now, we'll have some significant headway there... It doesn't help that most AI talent is going to autonomous vehicles.
Reply | Post Message | MESSAGES LIST | START A BOARD
EDUCATIONAL RESOURCES