Declining sales used to be the curse of Western telecom equipment makers, blamed by many analysts on aggressive Chinese competition.

Suddenly it afflicts Huawei, China's largest manufacturer of telecom equipment. After years of growth, the company seems to be heading for its first upset this century. Sales for its recent first quarter slumped 16.5%, to 152.2 billion Chinese yuan (US$23.5 billion), it said in a short update this morning.

The sale of its Honor smartphone business in 2020 explains why revenues fell so much. Strip that out and it is unclear from Huawei's four-paragraph statement if they would have fallen at all.

Yes, a decline at the consumer business, which makes smartphones and other gadgets, was only "in part" caused by the Honor sale, it acknowledged. And data published this week by Counterpoint Research shows that Huawei's share of the European smartphone market dropped from 15% in the first quarter of 2020 to just 4% a year later. 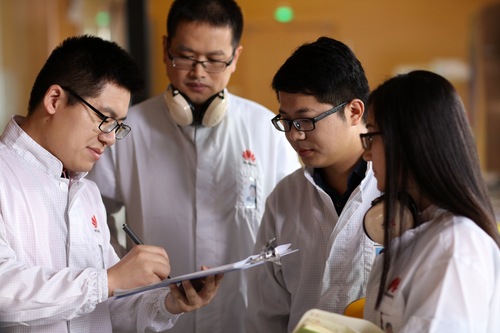 A mixture of US sanctions and international resistance has clearly threatened the network business. The sanctions mean Huawei can no longer buy components made with US expertise or technology, cutting it off from state-of-the-art chips manufactured by Taiwan's TSMC and South Korea's Samsung.

Without alternatives to those suppliers, Huawei is now reliant on existing inventory. Most experts think it will run out before new options materialize. And falling back on less advanced chips would hurt the competitiveness of 5G network products.

More countries, in the meantime, are banning Huawei or restricting its activities in a backlash against China. In Europe, the UK has gone furthest, ordering its service providers to strip out all of Huawei's 5G products by 2028.

Worried about Huawei's unpopularity with governments, some other European service providers are backing away from it. Michael Trabbia, the chief technology officer of France's Orange, has suggested companies developing open RAN, a new technology that Huawei disparages, could be a substitute for Chinese providers.

Nevertheless, Huawei has been able to count on Chinese operators spending billions on 5G rollout. As sales in every other region declined, its domestic revenues grew 15.4% last year and accounted for two-thirds of the total, up from 59% in 2019. This year, China Mobile alone has earmarked RMB110 billion ($17 billion) for investment in additional 5G coverage.

Also buoying Huawei last year was its enterprise business. While it accounted for just 11% of 2020 sales, its revenues were up 23%, making it the fastest growing of Huawei's different business units.

Less affected by US sanctions, it has charged into a variety of domestic sectors outside telecom. Huawei now claims to be the second-largest public cloud in China. It is also targeting a prominent role in China's automotive sector through technology partnerships with carmakers. Yet there was no mention of it in the first-quarter update.

Despite the sales decline, Huawei said its net profit margin had risen 3.8% since the first quarter of 2020, to 11.1%. That would mark a big improvement on the 7.3% margin that Huawei reported for 2020.

Some workforce pruning was already evident when Huawei published its 2020 annual report. Outside the well-protected research-and-development department, around 6,000 jobs were cut, or roughly 6% of the non-R&D total. Any attrition this year is unlikely to become apparent until 2022 and the publication of Huawei's next annual report.

But its priorities will probably not change. Cut off from telecom hardware suppliers, it has been emphasizing its role in software and industries besides the communications sector.

"As always, we remain committed to technological innovation and investing heavily in R&D as we work to address supply continuity challenges caused by restrictions in the market," said Eric Xu, one of Huawei's top executives, in today's statement. As yet, the full impact of those restrictions, and whether Huawei can mitigate them, is unknown.