Car problems can typically be resolved in two ways. The first is to fetch a trained mechanic, spending hard-earned cash on expert help. The second is to mimic Basil Fawlty, the manic, parsimonious hotel manager in the 1970s sitcom Fawlty Towers: Drive your car down the road, out of sight of your nagging wife, and do it yourself on the cheap.

Some German industrial groups are taking the Basil Fawlty approach to 5G, as far as parts of the telecom industry are concerned. Instead of addressing connectivity issues in their factories with telco assistance, they plan to put up their own 5G networks, using spectrum the German regulator has helpfully reserved for them.

The Risks of DIY 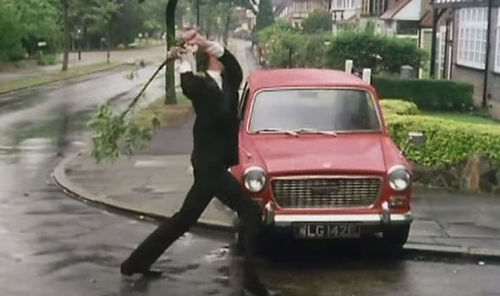 German operators have already attacked the regulator's spectrum plan like an outraged mechanic whose best tools have been stolen by an amateur. Among other things, they hold it responsible for driving up prices in the spectrum auction currently under way. But now France's Orange has piled in with its own criticisms.

"The challenges of doing it right are a real métier and it needs knowhow and savoir faire," said the multilingual Helmut Reisinger, the CEO of Orange Business Services, during a press conference in Paris this week. "In Germany I hear there are interested parties, but will they really massively invest? We are known in the telco industry as capex-intensive and last year we spent 7.4 billion [$8.3 billion] on capex. Without that you cannot build credible network services that are available for you as a consumer or for Schneider Electric."

The DIY approach to 5G would evidently be a massive speedbump for telcos, which are hopeful that industrial groups will become major 5G customers. If carmakers, chemical companies and other firms go all Basil Fawlty, there could be far less 5G business coming through a telecom operator's doors.

But France's telecom authorities seem to agree with Orange that Germany's spectrum scheme is a bit rubbish. Instead of reserving spectrum for industrial groups, they will attach obligations to 5G spectrum licenses that require telcos to address industrial needs, says Reisinger. "If carriers are not at the rendezvous with these demands after two or three years of implementation, they might reconsider this," he says.

Nor have France's industrial giants shown interest in building their own 5G networks. Their preference is to work closely with Orange and France's other telcos on the development of new 5G services. Already, there is huge pressure on Orange to show it can meet their industrial needs. But that is probably better -- from the French operator's perspective -- than the German alternative.

"There is a scarcity of spectrum and if you fragment this you lower the potential of new connectivity," says Arnaud Vamparys, Orange's senior vice president of radio networks. "If you do it separately you will isolate your site from the global network. What we have done is to have a network extension you can use locally for the companies where we verify that what is in the standard can be used to create services with a private extension on the complete network."

The industry will be watching closely to see how Germany's experiment works out. But if Vamparys is right, it could be a case of faulty towers in Germany's 5G network.

Learn How NETSCOUTs Visibility Offerings Assures Service Performance and Delivery in Multi-cloud 5G Networks
Elevate Your Insight Into 5G Voice Services
Download the White Paper: Why Visibility is Needed to Innovate in Your Wireless Network
Accelerate Your 5G Network Launch with Confidence
Is Private 5G Right for Your Company?
More Blogs from Morris Lore
DTW 2022: Telecom fear and loathing in Copenhagen