Apple Bid for TV Stardom Is Biggest Gamble Yet

Once a countercultural icon beloved of hippies and PC haters, the company founded by Steve Jobs -- whose John Lennon-like enthusiasm for the black turtleneck seemed to bolster Apple's appeal -- became the world's first trillion-dollar business by upsetting the music and mobile-phone industries. Now it is looking to make a similar impact on the TV business in what promises to be its boldest move since the 2007 launch of the iPhone.

At a keenly awaited press event on March 25, Apple is expected to raise the curtain on a new TV offering that could change the business forever. Exactly what is planned remains a well-guarded secret, as with all Apple announcements, but the informed speculation is that Apple will not be unveiling a new device. Commentators are instead anticipating a video service that will challenge the likes of Amazon and Netflix in living rooms worldwide.

Back in the Day 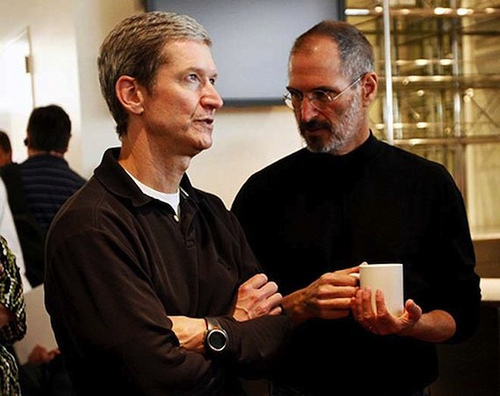 That much was perhaps confirmed by Reed Hastings, the CEO of Netflix, when he said earlier this week that his company was not a part of Apple's plans. Those remarks also support a view that what Apple will announce is a platform uniting other video services with its own -- a kind of iTunes "Plus," says Tony Gunnarsson, a senior analyst with market-research firm Ovum. "You would continue to buy movies and TV shows through iTunes but it will be augmented by third-party services and Apple's own original content," he says.

Such an "aggregator" could be all-important in a global video market that has become increasingly fragmented with the steady rollout of on-demand and online offerings. To the giants of Amazon and Netflix, add services like the BBC's iPlayer and Sky's Now TV in the UK, or HBO Now and NBA TV in the US. A platform that provides a single point of contact (and bill) for a confusing array of different international options could be valued by TV watchers everywhere.

It might also be just what Apple needs in the absence of a flashy new gadget to sell to customers. At around $84 billion, sales for the fourth quarter were $5-9 billion less than Apple had previously expected as customers lost their appetite for iPhone upgrades. Apple blamed weak demand in China, where a surge in patriotism may have driven consumers to buy from Chinese rivals, but the smartphone seems to be at a low point in its cycle. With a lack of exciting new features in the latest devices, users everywhere are upgrading less frequently. For Apple, a focus on the fast-growing services business could provide the answer. Revenues from that were up 19% in the fourth quarter, to around $10.9 billion, but still account for just 13% of the total.

Making TV the new engine of growth will not be easy, though. It could force Apple to abandon some of its cherished principles about the marriage of hardware and software, and become a more "open" company than it has ever been. As Hastings has already shown, buy-in from other platforms cannot be guaranteed. Resistance may come from companies that object to Apple's tough line on pricing as well as players that see Apple as a threat. Netflix falls into both of those categories. Others, such as Amazon, may want to play the aggregator role themselves. 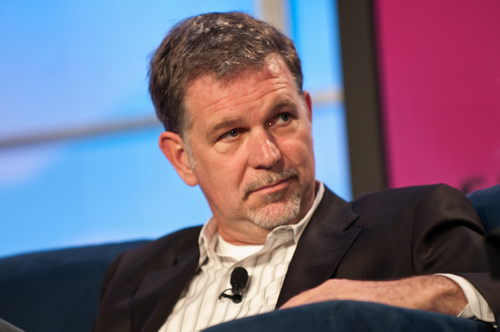 Netflix CEO Reed Hastings has taken a bite out of Apple with his withdrawal from the iPhone company's billing system.

If Apple is to stand any chance of being a significant global force in this market, it will have to ensure its platform is compatible with non-Apple devices. Until recently, watching an iTunes movie on another manufacturer's TV required some kind of "jailbreak," says Gunnarsson. "The biggest mistake they made was being so hardline about their ecosystem, and that is one major reason why they lost market share in video." According to his own analysis, Apple's share of the market for transactional video-on-demand services fell from 70% in 2011 to 22% last year.

Change has been coming, though. In January, South Korean electronics giant Samsung revealed that an iTunes service would become available on its TVs starting this spring. "For Apple, this suggests a change in focus on making its services available on rival platforms rather than tightly integrating them into its own devices," said industry analyst Paolo Pescatore in emailed comments at the time. "The closed ecosystem they had is starting to open up," says Gunnarsson. "Part of the announcement next week may be more details around that."

The battle of Hastings
This opening of Apple's ecosystem, however, seems bound to unsettle the online streaming giants that already tout the openness of their services. Apple's intention is certainly not to go head-to-head against Netflix with its own streaming offer, Gunnarsson points out. "That boat has already sailed," he says. Yet Hastings' wariness is not surprising. If consumers were to access Netflix mainly through an iTunes Plus service, Netflix might face a loss of revenues to Apple. And the emergence of an aggregator could put an unwelcome squeeze on industry pricing at a time when Netflix is struggling to sign up new customers.

Apple famously (perhaps infamously) takes a hefty cut of the revenues that accrue to companies selling applications through its store and billing systems. "It used to be 18% but now it can be 30%," says Gunnarsson. "We know from the annual report last year that the app-based services are a big deal for Apple and that could be a focus of this new service." Netflix, however, has already withdrawn services from the Apple billing system in apparent unhappiness with these revenue-sharing demands.

That Apple will carry these arrangements over to an iTunes Plus service is likely, says Gunnarsson. The problem in a maturing market for TV services, he says, is that demands for a hefty share of revenues are likely to encounter further Hastings-like opposition. "They will possibly run into more of the Netflix scenario where people don't play ball," says the Ovum analyst. "I would be surprised if Apple gets this 100% right."

Smaller providers, or those without a presence in certain markets, may be more receptive, he thinks. That could include Amazon in some parts of the world. The video component of its overarching Amazon Prime service is becoming an aggregator, bundling Amazon's content with third-party shows, and allowing customers to subscribe to other channels. But Amazon Prime is not available everywhere. In parts of Latin America, Asia and central and eastern Europe, customers make do with a no-frills SVoD (streaming video on demand) service from the online giant. "In those markets, I am sure Amazon would be willing to work with Apple," says Gunnarsson.

From a consumer perspective, one attraction of an aggregator is that it could feasibly package up a selection of TV services and provide these under a single bill. The average "over-the-top" subscriber in the US market is currently signed up to around four streaming services, according to Ovum. That could prompt household concern about dealing with numerous providers and overspend on entertainment services. But the expectation that a bundle of services from iTunes Plus will cost less than buying separate services could spell trouble for streaming providers. Amid investor concern about content production costs, companies may hesitate to endorse a platform that puts downward pressure on pricing.

Conversely, a shift to iTunes Plus could necessitate a big change in consumer habits. Ovum surveys have shown that consumers of all ages have grown comfortable navigating different online offerings and purchasing from various providers. On major news sites featuring stories about Apple's forthcoming announcement, some readers have posted comments saying they already use Amazon and Netflix and see little need for Apple. "If 60% to 80% of people already take TV services, and a large minority take more than two, are they going to cancel their direct services and go to Apple?" says Gunnarsson. "Or is it going to be people who haven't signed up who will be attracted to Apple?"

Under Jobs, Apple acquired a reputation as the biggest disruptor on the planet, revolutionizing the music industry -- with the iPod -- and the telecom one -- with the iPhone -- in a way no one saw coming. Tim Cook, Jobs' successor as Apple's CEO, has struggled to follow in his predecessor's illustrious footsteps, and now faces questions over his company's sales dependence on gadgetry that is losing its luster. A game-changing TV move would silence the critics. Pulling it off may be Apple's toughest challenge yet.