A legal consortium backed by several major studios and OTT video service providers is linking Dragon Box and Omniverse One World Television in a copyright lawsuit it has brought against Omniverse.

The current complaint, headed up by the Alliance for Creativity and Entertainment (ACE), targets Omniverse, a company that has been playing a marketing and technology role in the distribution of pay-TV packages marketed by other parties, including SkyStream, TikiLive TV and VivaLiveTV. Omniverse claims it's doing so legally through a partnership with HovSat, a New Jersey-based private cable operator that purportedly possesses a long-term deal with DirecTV with "no limitations" with respect to US distribution and delivery method.

In the original complaint, the ACE-led lawsuit against Omniverse and its CEO/owner Jason DeMeo alleges that Omniverse enables the streaming copyrighted movies and TV shows without authorization. The suit said Omniverse had done business with Dragon Box, a supplier of so-called "fully-loaded" Kodi boxes that allegedly delivered pirated content directly to consumers. As part of a settlement with ACE, Dragon Box was ordered to pay a $14.5 million judgment for copyright infringement and to cease operating any streaming TV businesses.

A Source of Scorn 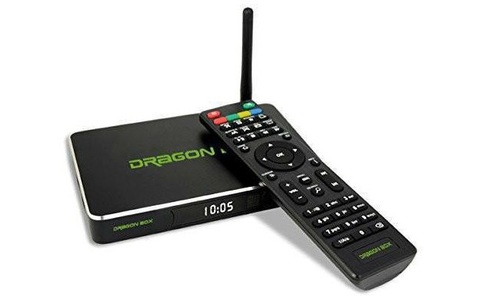 In its case against Omniverse, ACE has tried to make linkages between its legal target and Dragon Box, which eventually settled with ACE and was shut down. Omniverse calls any comparisons between it and Dragon Box "scandalous and immaterial" that also "cast a derogatory light on Omniverse and prejudice Omniverse in further proceedings."

Per the Omniverse complaint, a defendant in the Dragon Box/ACE case "declared under penalty of perjury" that Omniverse allowed a set of infringing services delivered via the Dragon Box -- My TV Hub, Milo and Blend TV -- stream unauthorized copyrighted content. The same defendant, the complaint said, also claimed that Omniverse's owner "has represented that he has the licenses, but has declined to provide me and my counsel with a declaration or with a physical copy of the licenses."

ACE, though, is not changing its tune.

"We continue to stand by the allegations in our complaint and feel confident in the merits of our case," ACE said in a statement to Light Reading. "Although Omniverse's motion asserts it is 'scandalous' to 'associate' Omniverse with Dragon Box, 'a known pirate of copyrighted broadcast content,' Omniverse associated itself with Dragon Box by doing business with that company."

Omniverse returns serve
In response to ACE's latest comment to Light Reading, Omniverse's legal counsel reiterated that it has filed to have the piracy allegations removed from the complaint or to require ACE to "better explain the basis for the allegations of piracy."

Omniverse bolstered that position by citing Federal Rule 11, arguing that ACE can't allege piracy "without conducting a real investigation so that it has a good faith factual basis for its allegation." By asserting Federal Rule 11, Omniverse appears to be asking the court to possibly sanction ACE for submitting pleadings that it believes contains frivolous arguments or arguments without evidential support.

"To be clear, Dragon Box never provided pirated content for Omniverse to market," Omniverse said in the statement to Light Reading. "Instead, Dragon Box was seeking content from the legitimate content streams marketed by Omniverse. ACE has taken this history out of sequence and out of context to twist it into an imaginary conspiracy. Our motion is intended to force ACE to support such piracy allegations with real facts or else face the consequences under Rule 11 if they are not dropped."

DeMeo has previously shared his disdain for being associated with Dragon Box and, in general, with content piracy.

"At the end of the day, we're paying everyone what they're due," DeMeo said in an earlier interview, later expressing that he's "against piracy" and is angered that Omniverse was being lumped in with Dragon Box in the lawsuit.

DeMeo added: "If you're doing any pirated business, we're not doing business with you ... I totally understand and respect people's intellectual property."

The Omniverse-Flixon connection
In the meantime, there's been other activity involving Omniverse outside the courtroom.

Two companies that had been delivering relatively inexpensive pay-TV packages in connection with Omniverse -- Silicon Dust and Clikia -- have apparently gotten cold feet and shut down their respective services. DeMeo has previously said that those partners work on a commission-based model, likening them to retail outlets that sell prepaid mobile phone services.

And the relationship between Omniverse and Flixon Media, believed to be one of Omniverse's master resellers, enabling others to market services under their own branding, has become cloudier -- it's not clear if the two sides have gotten closer together or are in the process of severing their alliance.

Earlier this month, the FlixonTV website started to link visitors to a newly branded service called Omni Go. Omniverse and Flixon have not responded to requests for comment about that change, though the website notes that OmniGo.tv is a "trademark of Omniverse One World Television, Inc."

But regardless of the revised structure of that relationship, it's clear that Omni Go has taken the reins with respect to customer ownership.

"All accounts held by Flixon.tv have now been taken over by https://omnigo.tv," an Omni Go customer service rep wrote to Light Reading in a chat window on the Omni Go site. (We noted that we were reporting this story and asked about the current status of Flixon and its customers.) "Due to data security, your billing details have not been migrated however your subscription has been migrated to https://omnigo.tv... You can continue to use the same applications, with the same login credentials. The only change is your billing portal is now at https://omnigo.tv. In order to continue with your service prior to your next billing date, you will need to login to https://omnigo.tv and enter your card details."

Tied to that change, the rep added that Flixon customers are in line for a "prorated refund" on their next billing date, making the rest of the month free. "The good news is that our subscription prices are dramatically cheaper, now just $29.99/month! And there won't be any disruptions of service," the rep's statement concluded.

Catch up on the Omniverse saga: