TiVo has set a deadline of sorts regarding plans to split out its products and its intellectual property/licensing businesses, predicting that it will complete the move by April 2020.

Tied to an effort to goose shareholder value and reduce the complexities of its businesses, TiVo announced the plan to split into two separate, publicly traded companies in May 2019.

TiVo noted that it is actively interviewing candidates to fill out the management teams of those companies, but still keeping the door open to other types of transactions, such as partnerships or mergers, that could come pre- or post-split.

But splitting TiVo into two separate, publicly traded entities "is our default solution," Dave Shull, TiVo's CEO, said Thursday on the company's Q3 call. "That being said, we're publicly traded, so if the right offer comes together we'll do that deal and hopefully the investors are happy as well."

Additions for TiVo+ in the Works 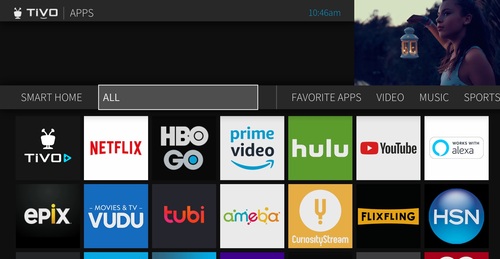 More content partners and more details about the longer-term strategy for the new TiVo+ streaming service will be revealed in January 2020 during CES in Las Vegas.

And once the split is completed, it will give both sides "a lot more latitude for creative conversations," Shull added, noting that the complexities of the separation has made some of those discussion more intricate than anticipated.

In the meantime, he said TiVo has been working with the IRS and Security and Exchange Commission on the separation and has already identified which employees with join each company post-split, with some leadership-related announcements therein to be announced in the coming weeks. TiVo also plans to initiate roadshows with investors in Q1 2020, Shull said.

Meanwhile, business as usual
Before the split, TiVo will continue to enhance and introduce new products, with an "ultimate goal of more than doubling the existing households of over 21 million that we already service," Shull said.

He didn't elaborate fully on how TiVo intends to get there, but Shull did note that plans are underway for TiVo to broaden the content slate for TiVo+, its new ad-supported video streaming service that's been integrated into the company's platform. Examples of initial partners for TiVo+ include Outside TV, Filmrise, Fail Army and Baeble Music.

TiVo will expand TiVo+'s reach in the coming weeks and add more premium content from "well-known publishers" in the months ahead and on an ongoing basis, Shull said.

TiVo "is historically not a content company," he added. "For us to shift so we can actually deploy a bunch of content on the TiVo + brand is a big step." TiVo expects the next phase of TiVo+'s strategy to be detailed at CES in January 2020.

On the service provider side, TiVo is making progress with an IPTV version of its platform that runs on operator-supplied Android TV boxes. Seven North American operators have deployed that offering, up from five last quarter. Notably, some of those operators are set to offer that TiVo-powered Android TV box to broadband-only households, Shull said.

He also reiterated TiVo's position that it remains committed to its legal actions against Comcast, whose license with TiVo expired on March 31, 2016.

Looking ahead, he said a third International Trade Commission case involving TiVo and Comcast is set to take place in mid-January 2020, with an initial determination for that case due by June 29, 2020, and a final ruling by Oct. 29, 2020.