In a further blending of the traditional pay-TV and OTT video worlds, TiVo said it had integrated an app for Amazon Prime Video for its platform tailored for cable operators and other pay-TV providers.

The integration, offered on "select" TiVo-powered devices for pay-TV partners, weaves in the Amazon Prime Video library, including originals such as The Marvelous Mrs. Maisel, into the baseline TiVo interface. The setup also links those titles to features such as OnePass, which assembles and features episodes of individual TV series. Light Reading asked TiVo for a list of TiVo models, distributed by its pay-TV partners, that now have access to the Amazon SVoD service. We'll update this story if we hear back.

Update: TiVo said integration of Amazon prime Video will be available on all Linux-based TiVo devices being distributed by its pay-TV partners. 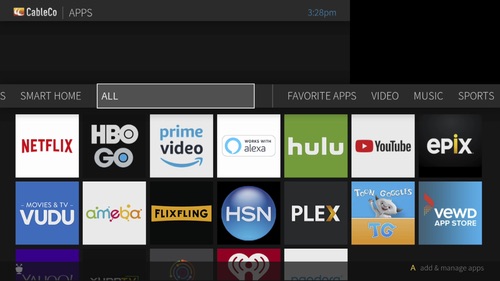 Amazon Prime Video joins a mix of other third-party OTT apps that have been integrated with TiVo's platform for pay-TV partners.

Why this matters
The integration brings an OTT capability to TiVo devices for cable operator partners that are typically delivered through TiVo's retail platform. The integration will also help TiVo's cable partners prevent customers from toggling to a separate retail device, such as a Roku player, to access Amazon Prime Video's library of originals and licensed content.

This also fits a broader trend in which set-top boxes distributed by pay-TV providers are integrating OTT services at an increased rate. Of note, Comcast, which is battling TiVo in the courts over various patent-related squabbles, has integrated Amazon Prime Video on its own X1 platform.

TiVo's latest OTT tie-in also enters the picture as the company moves ahead with a plan to split out its products business and its intellectual property/licensing business by April 2020.