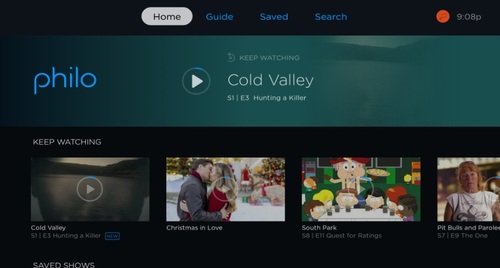 Philo is going direct-to-consumer and partnering with service providers in its quest to build a big base for its $20 per month, sports-free OTT-TV service.

WOW and Philo didn't reveal the business side of the arrangement and whether WOW is getting a small share of Philo revenues or a one-time bounty for any new Philo customers who sign up through WOW.

WOW will continue to sell and market its big bundle pay-TV packages on its own platform (WOW lost 8,100 video subs in Q1, ending the period with 398,000). But Philo gives WOW an option to provide broadband customers and video cord-cutters an easy way to access the entertainment-focused streaming TV service.

Speaking Tuesday at The Pay TV Show in Denver, WOW SVP of Video Programming Roger Seiken reasoned that those customers would seek out Philo with or without WOW's help. "I might as well be a participant in that," he said.

Speaking on the same panel, Mike Keyserling, Philo's COO, stressed that Philo doesn't necessarily represent a head-on rival to traditional pay-TV services and packages, but is instead a service that can fulfill the needs of consumers who don't want to pay for a TV lineup full of pricey sports and news channels. And Philo, which debuted its national OTT-TV service in November 2017, will continue to go down that path with its own standalone service and through new bundling options with cable operators and other service providers.

"We're not a competitor to the traditional mainline video service," Keyserling said. "We are a more specific package of content at a low price point."

Sieken said the integration of OTT video has become an important element in WOW's broader services strategy. "I don't view any video service out there as a true threat. To me, they are all opportunities," he said. "Obviously broadband is king that's where the margins are, [but] I believe that video can help sell broadband."

WOW is a member of the National Cable Television Cooperative, a programming and product buying agent for hundreds of the nation's small- and mid-sized service providers that has forged agreements with a set of OTT-TV providers, including Philo, PlayStation Vue and fuboTV.

Join the club
WOW is also just one of a growing number of cable operators and telcos that are starting to bundle OTT-delivered pay-TV services with higher-margin broadband services that have rapidly become the epicenter of their relationship with customers.

Among other examples, Comporium has distribution deal with fuboTV, the sports-focused OTT-TV services, and Verizon is now reselling YouTube TV to its mix of mobile, 5G Home and Fios Internet customers rather than dealing with the expense and headache of developing and launching its own OTT-TV service.

Additionally, Altice USA is inching toward an integration deal with a "major" virtual MVPD that can run on the operator's multi-service Altice One box. Plus, Comcast will soon integrate Hulu on its X1 video platform after inking a multi-faceted deal with Disney that was announced Tuesday morning.

Like what we have to say? Click here to sign up to our daily newsletter
Related Stories
COMMENTS
Newest First | Oldest First | Threaded View
Add Comment
Be the first to post a comment regarding this story.
EDUCATIONAL RESOURCES
sponsor supplied content
Video Platform Infographic
Direct-to-Consumer Solution Brief
Educational Resources Archive
More Blogs from The Bauminator
Locast's user base streams past 2.3M