Ori takes a vertical approach to the telco edge

After several years of technology and market development, edge computing startup Ori Industries appears to have found its sweet spot  helping telcos such as Telefónica focus their edge computing strategies on the specific needs of certain verticals.

The London-based company, formed about three years ago by CEO Mahdi Yahya, has been working with the Spanish telco for some time: "Telefónica is the deepest operator relationship we have. It has a strategy and it has been easy to work with. We have other relationships but they are not as advanced," says Yahya, who had been due to join Telefónica's director of technology and architecture Juan Carlos Garcia on a panel discussion at this year's Mobile World Congress to talk about their collaborative efforts.

Yahya says Telefónica "is trying a collaborative approach," working closely with other operators and vendor partners. "We are involved in a project with multiple operators, including Telefónica and others," he notes.

While the CEO says he can't share any more details currently, that MWC panel discussion was due to include representatives from China Unicom, South Korea's KT Corp. and Australia's Telstra, as well as a senior executive from Altran, a systems integrator and software developer.

That group of operators, as well as Altran, were all named today as signatories to an edge computing memorandum of understanding (MoU) related to the development of a federated telco edge system: It's hard to imagine Ori isn't involved in that development too.

Yahya is tight-lipped, but says Ori has been developing its strategy to suit the needs of such telcos. "Our approach has changed  18 months ago we had an aggregation approach, aiming to aggregate compute resource and then making it available to developers. Technically that approach could work but I don't think it scales," Yahya tells Light Reading. That platform development was known as DNA.

"We have rearchitected and built a set of tools that can be used by telcos, and other network owners, to help them manage their compute infrastructure, to give them the flexibility to build edge computing resources and manage them in a way that can be offered to [meet the specific needs of] certain industries" or use cases. That new approach has resulted in the development of the OGE (Ori Global Edge) platform.

To make edge computing a valuable proposition, telcos currently need to focus on sectors that are most in need of low-latency, very high speed connectivity and aim to meet their specific edge computing requirements, believes Ori's CEO, "and we have built the tools that enable them to do that. We also have tools that enable federation between telcos, to enable a collaborative approach."

Any sectors in particular? The key one is gaming, says Yahya, and there have been enough cloud gaming announcements in the past year, from the likes of Google (Stadia) and Microsoft (xCloud), to make that a suitable focus for edge compute platform-based service delivery. Notably, South Korean operator KT announced its cloud gaming service late last year.

The other main vertical, says Yahya, is industrial IoT, while "we are hearing some interest in financial services, for example around high-frequency trading," he adds. 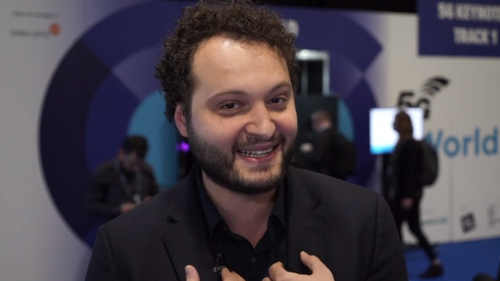 Growth, partnership plans
Such developments put Ori amongst the edge computing specialists that are making a mark with, and attracting attention from, the telecoms community, with MobiledgeX being the other notable startup currently.

As such, Ori is in growth mode. It currently has about 21 staff but is looking to grow to about 35 this year: It has just hired Jose Domingos, previously OSS Senior Solution Architect Manager at BT, to be its chief architect on telco-related capabilities.

It has also just raised what Yahya calls a "buffer round" of funding  about $4.3 million from new and existing investors to add to last year's $2 million seed funding, which was led by Episode 1 Ventures. New fundraising efforts will begin in the coming months, says the CEO.

But it's still a very small outfit and needs partners to help it work with major players such as Telefónica. Ori is in talks with at least two systems integrators to "work on projects that will starts as proofs of concept, go to pilots and then go into production," says Yahya. One potential SI partner will help it in the Asia-Pacific region, particularly in Japan notes Yahya, while a working relationship with Altran looks inevitable given their joint involvement with Telefónica.

The company has also struck a partnership with distributed data center operator EdgeConneX whereby Ori is managing deployments of its OGE software in three EdgeConneX locations across Europe  Amsterdam, Munich and Warsaw  and making those nodes available to apps developers.

In addition, Ori has become involved in a number of industry organizations and developments, including the Telecom Infra Project (TIP), which "has a big focus on edge this year," notes Yahya, and the GSMA's Future Networks initiative, which includes the development of an "operator platform" approach to telco edge computing.

Slow burner
While there's clearly a lot more activity related to edge computing amongst the telco community, Yahya still expects actual deployments to be limited in scale this year, mainly because there is a long way to go before network operators are ready to make use of such resources.

"With telcos there isn't a lack of technical knowledge or willing  internal culture is the biggest challenge. A shift to cloud-native is needed. There are a number of individuals who really get it, but telcos as organizations have a long way to go," says Ori's CEO.

But it's a two-way street: The telcos (including Telefónica) have been less than impressed with what the vendor community has had to offer them.

But there's certainly enough activity and encouragement to give the likes of Ori and MobiledgeX hope that real world, scale deployments will be part of the broader 5G landscape during the next few years. For Yayha, the relationship with Telefónica is helping to open doors but there are other avenues too: Ori was recently selected to collaborate with BT's R&D arm for the next 12 to 18 months as part of the TEAC (TIP Ecosystem Acceleration Centre) UK initiative, giving it the chance to "help BT develop its edge strategy," notes Yahya.

Quite what the opportunities might be is hard to determine right now, though there's an expectation from analyst firms such as ABI Research that the telco edge market could be worth as much as $54 billion within the next five years as 5G strategies rely more and more on edge compute capabilities.

Whatever the market value, Ori looks as well placed as any specialist to grab a slice of that business opportunity.