Whether it's supporting AT&T's IoT button or teaming with the likes of Verizon and Vodafone for edge computing, AWS is increasingly wending its way into the Rolodex of telecom network operators.

Glenn Gore, director of solutions architecture for Amazon Web Services, spoke with Light Reading about the company's efforts in the telecom industry, and what role AWS might play in the future. 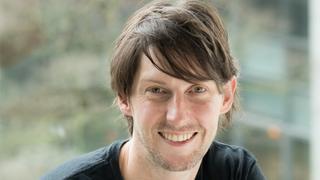 This discussion with Gore has been edited for clarity and brevity.

Light Reading: So is AWS a friend or foe to telecom?

Glenn Gore: No, it's a partner.

We have a big role in helping these vertical industries that are going through transformational change. One, is to help modernize their own applications and services. Two, is to improve the digital customer experience that they bring to their customers. And then three is, identify work on how technology can create new revenue streams.

Specifically, for the telco industry, one of the biggest items there is the introduction of 5G networking. You look at the convergence of 5G networking with edge computing and devices in general, and then you start layering in distributed intelligence, analytics, machine learning  it's a really broad spot of innovation.

You look at some of our services that we launched last year, such as Wavelength, for example, that's custom-built for the telco industry to make it easier for software developers around the world to develop 5G applications, and then embed those applications directly into the edge of 5G providers.

It's not about replacing the telco. It's about augmenting and helping.

Light Reading: Do you think telco operators will run their virtualized network functions in the cloud, like the AWS cloud?

Gore: It is happening. There are some telcos that are running some of their network services in the cloud.

But most of the innovation is about augmentation. How do we bring some of the services that work well within the centralized cloud provider directly into the telco's environment, and embed that within the network? Because if you want to deliver on this promise of ultra-low latency to these new use cases, you have to be in that telco's network.

Now, the other way to look at this is: It's a global market. And for a developer who might be thinking about a particular use case that's at the convergence of 5G and ultra-low latency, they want to deploy this globally. They want to deploy this in as many locations as they can. But the implementation details, particularly on the transport layer or the network, is completely different country-to-country, company-to-company. It's incredibly complex. And that's where the telcos add a lot of value.

And so you can see how you can bring these two aspects together: The simplicity of building applications and managing services at scale  which is what AWS does  combined with the simplicity of managing complex networks in multiple locations and taking away the guesswork of, where is the best place to maybe deploy that application?

Light Reading: Microsoft recently acquired Metaswitch Networks and Affirmed Networks, a signal that it may have further ambitions in the networking side of things. Does Amazon have similar ambitions?

Gore: You know, one of the things I love about working at AWS is, all of our attention is focused on our customers.

And when you look at the technologies that we've deployed, they're aligned with what we're hearing from our customers.

One thing we're not doing is, we're not competitor-obsessed. We don't really get distracted by what others are doing.

Light Reading: But does Amazon have any interest in selling networking services to enterprises? Or is it mainly focused on the computing part?

Gore: If you look at our heritage, we're more focused on component-level services around compute, storage, analytics, databases, machine learning, for example.

The reason it's a hard question to answer is, it comes down to definitions to a certain degree: What does selling a network really mean? We have some networking services. We have Direct Connect, for example.

But it's a complex area.

Light Reading How big is the edge computing opportunity?

Gore: It's huge. This is an area where we are incredibly excited.

Gore: That's where AWS Wavelength fits in for us. The question really comes down to, what are the latency requirements for the workloads? Some customers will say, for some of their use cases, they need sub-10 milliseconds latency. So you could see that every city is going to need multiple locations to have that type of latency response.

I think the reality is that, there are not that many applications that require such a low latency. But I think that's the fun thing: We don't know exactly what customers are going to build on top of this infrastructure.

The surprising thing is going to be the unknown aspects of what the developers are going to build on this, once the infrastructure is in place.

Light Reading: Anything else you want to add?

Gore: I'll just make a general statement: Whenever you see a convergence of multiple technologies coming together, it's actually not that common. And it drives an innovation wave through an entire industry.

This is much bigger than just the telecommunications industry.

What does that mean in a hospital right now, where they're doing diagnostics with incredibly advanced scanning machines that are incredibly high-resolution? How do I apply machine learning to look at things like detecting cancer cells, for example, or damage to a lung? And I may need that really quickly because of an emergency situation in a hospital. But then I want to centrally look at that data and look at other big trends occurring.

So it's this combination of individual data at the edge and centralized processing of the data at scale, and combining the two together  I think we're just at day one of what the capabilities are.