AT&T and the city of San Jose pulled off a major feat late last month. In a new agreement, the network operator agreed to pay the city approximately $5 million over a maximum 15-year period to access public assets like light poles throughout the region for the deployment of approximately 170 small cells. AT&T will make additional payments to San Jose for staffing upgrades to speed up local permitting processes. The telecom company will pay an upfront fee of $850,000 to fund new public works staff to help specifically with small cell permitting transactions, and another $1 million to help improve the city's permitting processes as a whole.

The deal is a coup for both sides because not only does San Jose receive valuable revenue that it intends to put toward digital inclusion initiatives, but AT&T Inc. (NYSE: T) gets a blanket agreement for small cell deployments that won't require the operator to go back to the well multiple times for approvals and rate negotiations. Earning access to public rights-of-way for telecom infrastructure is important to AT&T for its public safety FirstNet network, to prepare for 5G services and to develop a stronger presence to support future Internet of Things applications. 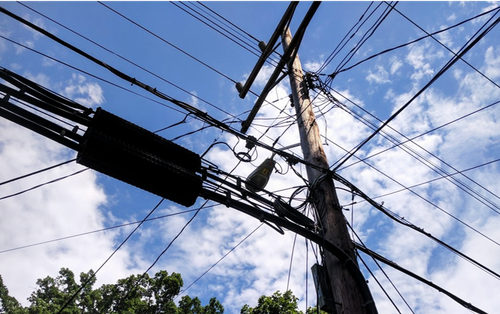 What's particularly noteworthy about the agreement with San Jose is that it follows a very nasty and public fight between cities (including San Jose's own Mayor Sam Liccardo) and the telecom industry in Washington DC, with AT&T serving as the forward guard for industry interests. As a member of the FCC's Broadband Deployment Advisory Committee (BDAC), Mayor Liccardo argued that AT&T undermined working group efforts to come to a consensus on pole attachment processes by filing a separate proposal after compromise had already been reached internally. Liccardo would go on to resign from the BDAC over concerns that the committee's final recommendations would not represent the public's best interests. (See Pole Control Fight Gets Net Neutrality Nasty.)

AT&T meanwhile has argued, among other things, that fees imposed by cities should be capped at $50 annually for access to a section of the public rights-of-way (ROW), with an additional $50 per year allowable for specific ROW infrastructure access. In some states, lawmakers have passed legislation that does cap pole attachment fees. But in many states, municipalities still have the right to set those rates locally. (See Battle Begins for Small Cells, Smart Cities and On Broadband, FCC Talks Carrots, Not Sticks.)

Despite the acrimony in DC, however, both the city of San Jose and non-lobbyists within AT&T are now working hard to distance themselves from what has become a largely intractable policy dilemma. Instead, representatives from both entities are emphasizing common ground, pointing to their new deal as proof that it's possible to create a solution that delivers value for everyone.

San Jose officials have been particularly worried about ensuring that the benefits of improved connectivity in the region accrue to everyone, not just the most affluent citizens. To that end, city CIO Shireen Santosham notes that the city has taken the novel approach of dedicating funding from utility pole rentals to digital inclusion efforts.

"This model is certainly a pioneering model. I don't think any other city that I know of has really taken the revenues from these deals and earmarked them in this way specifically to bridge the digital divide," says Santosham.

At the same time, AT&T considers the agreement a win because it believes it will more than make back its financial investment by establishing a robust network presence in the city that promises future services revenue.

"There are certain services that we can provide to that city that help us make this case a positive case for us," explains Jason Porter, vice president of technology planning at AT&T. "But also we're looking at the broader community so if we can do something where we provide some revenue for the city but we can offset that with revenue we gain by being in that area, say covering that baseball field or covering that neighborhood with better service, and we think [that] will drive additional revenue into AT&T, then that's a benefit."

"We can look at it as cost reduction for us, or additional revenue for us," says Porter. "There's many ways we look at the economics of a deal. But at the end of the day we've got to be mutually beneficial. [It has to be] a good economic deal for both the city and for AT&T that causes that win/win for us to do it."

The agreement between San Jose and AT&T illustrates just how important local presence and local negotiations are in relation to the deployment of next-generation network infrastructure. On that front, AT&T is in an enviable position compared to other companies targeting smart, connected cities because it has teams on the ground in hundreds of communities across the US.

"We've formed a community within AT&T where we're working together to design these cities," says Porter. "So we've got FirstNet resources in each market talking to those police commissioners and fire departments and even hospitals and other things. We've got our, what we call construction and engineering. We do those designs locally... We've also got our external affairs that's in each one of those [cities] and with the mission of trying to understand what's going on for that city manager and for the mayor of that city. And so we've also got our smart cities initiative with our Internet of Things business and we've really found that all of that needs to come together to tell a holistic story."

Porter adds, "We have all of those resources already locally placed and already working with each of their counterparts in the city. And our job lately has been to coordinate that and make sure we can tell that comprehensive story together."

AT&T isn't the only operator pounding the pavement to drive discussion with municipalities about new telecom infrastructure. Notably, Verizon Communications Inc. (NYSE: VZ), for example, has also been making deals with cities around the country. (See Verizon Takes 'One Fiber' to More Cities.)

But AT&T is being particularly outspoken about its strategy, and the fact that it can use the company's massive scale to its advantage.

Specifically with regard to small cells, Porter says the model created with San Jose is one that it expects to emulate elsewhere.

San Jose representatives are also talking to other cities about the deal, and to other network operators about similar agreements. "We are speaking with a number of companies on small cell deployments in San Jose," notes Santosham.

In short, both San Jose and AT&T expect this to be only one of many agreeable small cell deals that bring money into municipal government coffers and lay the infrastructure groundwork for new telecom service revenue. If true, it would be a boon to the smart cities movement going forward.

silamira 11/22/2019 | 10:53:31 AM
Backpage Alternative I have totally different tastes in women than my 2 boys.  So their dating practices could be a variety of of choices. With them having a black dad (me) and a white mother they could easily argue any date is a IR date.