As Deutsche Telekom high-fives investors about its recent US enlargement, axed heads may have started clattering in the corridors of its T-Mobile US subsidiary, just as they are in other parts of the business.

Back in April 2018, when Deutsche Telekom was trying to overcome resistance to its planned merger of T-Mobile and Sprint, CEO Timotheus Höttges memorably said: "The overall plan is for the larger company to employ more staff than the two previous companies put together."

Two years later, when the deal was finally sealed, T-Mobile "loosely" had around 80,000 employees on its books, according to a spokesperson for the company. Four months later, the number of full-time employees is just 70,807, according to the operator's latest financial report. 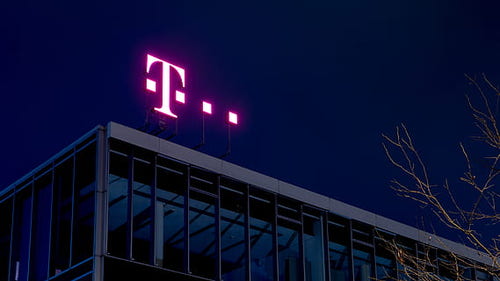 Dark days for staff at T-Mobile.

Have more than 9,000 jobs really disappeared in such a short space of time?

Probably not. In its annual report for 2019, Deutsche Telekom says it had 47,312 full-time employees at the end of that year. T-Mobile's filing with the US Securities and Exchange Commission (SEC) cites 53,000, because it includes part-time workers as well. That's a difference of 5,688.

As far as Light Reading can make out, Sprint managed not to file a SEC report for last year's numbers. It did put one through in 2018, though, when it said there were 28,500 employees in total at the end of the year, long after Höttges had made his jobs pledge.

Adding this to the number of full-time employees at T-Mobile US in late 2019 produces a figure of 75,812, exactly 5,005 more than Deutsche Telekom's latest full-time-employees statistic.

It's likely that Sprint was cutting jobs last year, having shrunk by roughly 1,500 employees in 2018. It's also possible that Sprint employs thousands of part-time workers.

These two factors are unlikely to account for such a massive difference, however.

Despite the earlier pledge, a cull would surprise no one. Long before the merger was finalized, Communications Workers of America (CWA) warned it would put 30,000 roles at risk.

Then, in June, T-Mobile delved into its doublespeak dictionary and came out with the phrase "workforce evolution," terrifying staff and language purists alike.

It would, said the company in a statement, be creating 5,000 new jobs. Meanwhile, an unspecified number of employees "will be supported in their efforts to find a new position outside the company."

If future reports conclusively show Deutsche Telekom has reneged on its jobs promise, will there be consequences for the German telco?

Of course not. Now the merger is a fait accompli, no regulator is going to wrench the integrating businesses apart, or even sanction the owners, just because a few thousand people find themselves out of work.

What a laugh
In a further possible sign those layoffs (let's call them what they are) have started, Deutsche Telekom executives now reckon they may be able to slash costs even faster than they originally expected.

"When I read we are suffering from costs being too high, it makes me chuckle," said Höttges today on a phone call with reporters.

Merger costs clearly tore into Deutsche Telekom's net profit, which fell 9.5% year-on-year for the second quarter, to 754 million ($890 million). But those were largely non-recurring expenses, said the company boss.

Ignoring the long-suffering T-Systems IT business, most other metrics were positive. Buoyed by the Sprint takeover, group sales rose a fifth, to more than 27 billion ($31.9 billion), and earnings were up 29%, to around 10 billion ($11.8 billion).

With 98.3 million "branded" customers, T-Mobile has now sailed past AT&T  "a competitor that wanted to swallow us up, but now they are smaller than us," chortled Höttges.

"Times change, and that is why we want to become number one in the US in the long run," he said, targeting the mobile leadership spot currently held by Verizon.

Even outside the US, Deutsche Telekom has been on a roll, defying the coronavirus pandemic that has hit some of Europe's operators harder than expected.

A revenue decline of 4.5% in Europe was obviously not so good, but even at this operating unit earnings were fairly stable, at 1.03 billion ($1.2 billion).

As exciting as telecom gets
Höttges attributes the company's success largely to its investment program, pointing out that he is putting far more into capital expenditure than René Obermann, his predecessor, ever did.

Following the Sprint takeover, Deutsche Telekom plans to invest about 17 billion ($20.1 billion) this year, up from 13.1 billion ($15.5 billion) in 2019, as it rolls out 5G technology in Europe and the US and extends the coverage of its full-fiber networks in Germany.

If there were a blot on the balance sheet, it was the extra 45 billion ($53 billion) in net debt since this time last year, taking the full amount to nearly 121 billion ($143 billion).

That's about 2.9 times annual earnings and puts Deutsche Telekom outside its comfort-zone ratio of between 2.5 and 2.75. "We are confident we can reach the target over the next two years," said Höttges.

While not exactly dancing the conga, investors were as excited as they ever get by European telecom stocks these days, sending Deutsche Telekom up 1.3% by close of business, to 15.31.

Its share price is up from 11.81 in March, during the dark days of the lockdown, and trading at about the same level as it was four years ago. Considering the drops some peers have witnessed over that period, Deutsche Telekom must seem like a relatively safe bet.

That is, provided you don't work there. Outside the US, headcount has been falling since 2012, and there were more cuts in the first six months of the year.

Staff numbers have fallen by 1,694 at the domestic telecom unit this year, nearly 3% of the total, while 2,229 jobs  representing 5% of roles  have gone in Europe.

Höttges can afford to chuckle about any cost misperceptions people have regarding his new-look business.

On course to generate more than 100 billion ($118 billion) in annual sales, the transatlantic titan must be feeling very satisfied after somehow convincing 5G- and China-obsessed regulators that a less competitive US mobile market is progress.

Thousands of his employees will not be laughing.