Speculation that in-market consolidation is on the cards in Spain's telecom market has been rife for months, further fueled by recent comments from outgoing Orange Group CEO Stéphane Richard that the France-based group was actively involved in seeking a way to ease the tense competitive situation on the market.

It has now been officially confirmed that Orange intends to combine its Spanish operations with those of Másmovíl, Spain's fourth-largest operator. The two groups have now entered into discussions on the matter, with the aim of creating a 50-50 joint venture that has a combined enterprise valuation of 19.6 billion (US$21.3 billion) as well as more than 7 million fixed customers, over 20 million postpaid mobile customers and close to 1.5 million TV customers  not to mention a fiber-to-the-home (FTTH) network that covers 16 million homes. 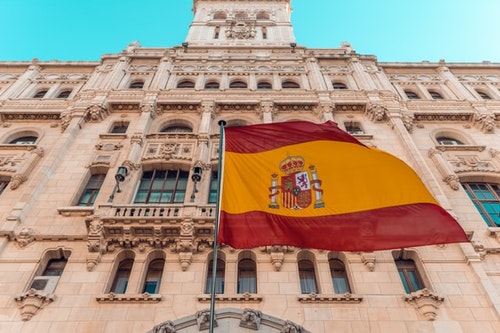 Spain is a particularly competitive market, and has proved a drain on Orange's finances.
(Source: Daniel Prado on Unsplash)

Orange Spain is valued at 8.1 billion ($8.8 billion), while Másmóvil has been assigned an enterprise value of 11.5 billion ($12.5 billion). The latter recently acquired Euskaltel, and also presides over a wide range of brands including Yoigo and Pepephone. Másmóvil is currently owned by London-based Lorca JVCO following the takeover of the operator by Cinven, KKR and Providence at the end of 2020.

The agreement will also include the right to trigger an IPO for both parties, and the possibility for Orange to consolidate the combined entity in the case of an IPO. It was also noted that Totem Spain, which holds Orange's mobile tower assets, and Másmóvil Portugal will not be included in the transaction.

Orange said the combined entity would have revenues of over 7.5 billion ($8.2 billion) and EBITDAaL of more than 2.2 billion ($2.4 billion). The JV is also expected to generate relevant synergies which should reach an annual run rate in excess of 450 million ($489 million) from the third year after the closing of the transaction.

Its ambition would be to further expand FTTH and 5G networks and "contribute to Spain maintaining and further developing a competitive telecom infrastructure."

Kester Mann, an analyst at CCS Insight, noted that Vodafone has also been exploring a deal in Spain, "and today's news could be considered a blow to activist investor Cevian Capital, which is reportedly pushing for consolidation in several markets."

"However, it may also consider that any move to reduce the number of players  even if involving other operators  is a positive development," Mann said.

The transaction is expected to be signed by the second quarter of 2022 and should close by Q2 2023. This will of course be subject to approval from the relevant administrative, competition and regulatory authorities. The big question is: Will the proposed merger get the green light from the European Commission?

Mann pointed out that the deal is the first major test of regulators' appetite for in-market consolidation since the COVID-19 pandemic.

"The industry has been pinning its hopes on a more lenient stance as the value of high-quality connectivity became ever more apparent. Operators argue that they need greater certainty to make huge investments in future fiber and 5G networks," Mann said.

Mann also noted that should the deal receive the green light, "it could open the floodgates to a host of other alliances in markets such as Italy, Portugal and the UK. The sector will be watching developments with an eagle eye."

Should an Orange-Másmóvil combination take shape, Spanish customers would be served by three network operators including incumbent Telefónica and Vodafone Spain. While European regulators have tended to insist that markets should ideally retain four telecom players, operators have long been complaining that such a model no longer works for them. Indeed, Spain is a particularly competitive market, and has certainly proved to be a drain on Orange's finances in recent years.